The study published in Science Advances by a team of researchers from the Molecular Physiology and Developmental Biology laboratories has identified how cells use the mechanosensitive Piezo1 ion channel to coordinate one of the most fundamental properties of a cell, its division into two daughter cells. 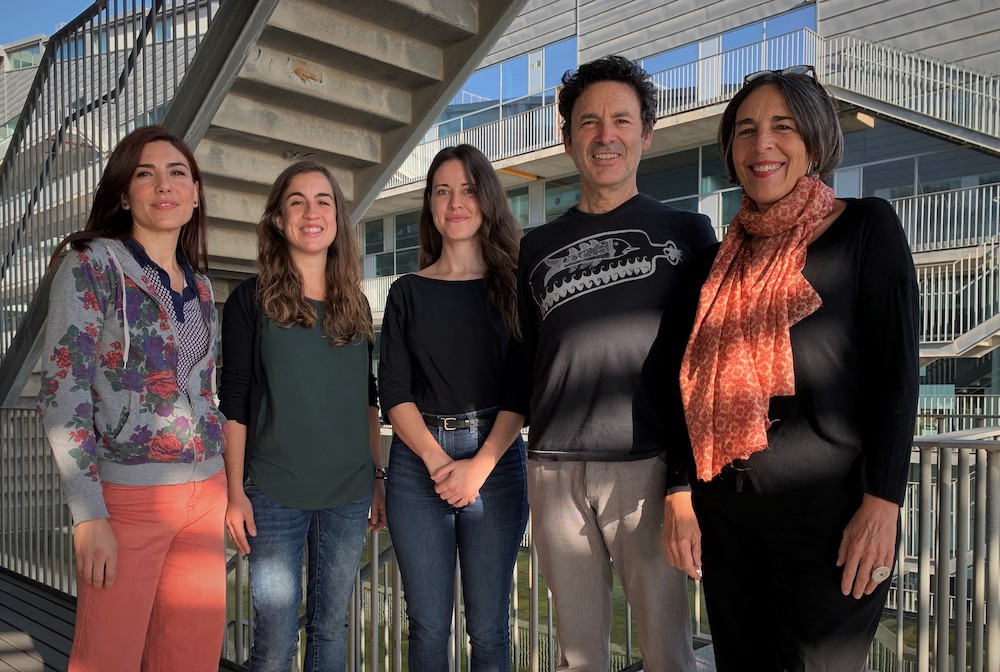 Cell division is one of the most critical periods of organ growth and homeostasis. Cells in the body proliferate at different rates. Some divide constantly and throughout life, like the ones that line the gut, whereas others divide only rarely. Cell division is central to biology, but also to disease.

Cell division is a high-fidelity physical process that ends with the separation into two daughter cells, a process known as cytokinesis.

Cytokinesis, the separation of a cell into two daughter cells, initiates with the strangling of the mother cell around the equator by the filaments that form the cell’s skeleton. Next, cell shrinking at the equator as well as centrifugal movement of the daughter cells induce the thinning of the connection between the daughter cells (Figure 1). “It is like pulling apart two pieces of a chewing gum that form a long, thin stretch of gum that eventually breaks apart”, says Dr Miguel A. Valverde, head of the Molecular Physiology Laboratory at UPF and leader of the project. The long, thin stretch of plasma membrane and cytoplasm connecting the two daughter cells is called the intercellular bridge and the final cut that results in two separate cells is called abscission.

However, there is a major difference between the passive rupture of the gum due to the mechanical force applied ­–pulling apart­– and the fascinating precision machinery of abscission. In the case of abscission, the thinning of the intercellular bridge forms a tube of less than one micrometre (10-6 metres) in diameter with the objective of adapting its form and size to the anchoring of the spring-like proteins ­–and their regulators­– that strangle the plasma membrane to generate two independent cells. “This final cut is a critical step in cell division. It cannot occur too soon because the daughter cells may not receive all the required information, nor too late because the separating daughter cells may fuse again into a single cell but with two nuclei, thereby acquiring an incorrect number of chromosomes, which is known as aneuploidy ­–a significant characteristic of numerous kinds of cancer”, affirms Dr. Cristina Pujades, principal investigator of the Developmental Biology group at UPF.

Cancer is often the result of DNA mutations or problems with how cells divide.

Since the discovery in the 19th century that cells divide, scientists have tried to unravel the mechanisms operating in this high-precision process. “We reasoned that during the formation of the intercellular bridge between daughter cells there is tensioning of the plasma membrane that may activate mechanosensitive ion channels”, says Dr. Julia Carrillo, first author of the scientific publication.

Calcium entering the cell following the activation of Piezo1 promotes the recruitment of the proteins forming the conical spring that strangles the intercellular connection between daughter cells. 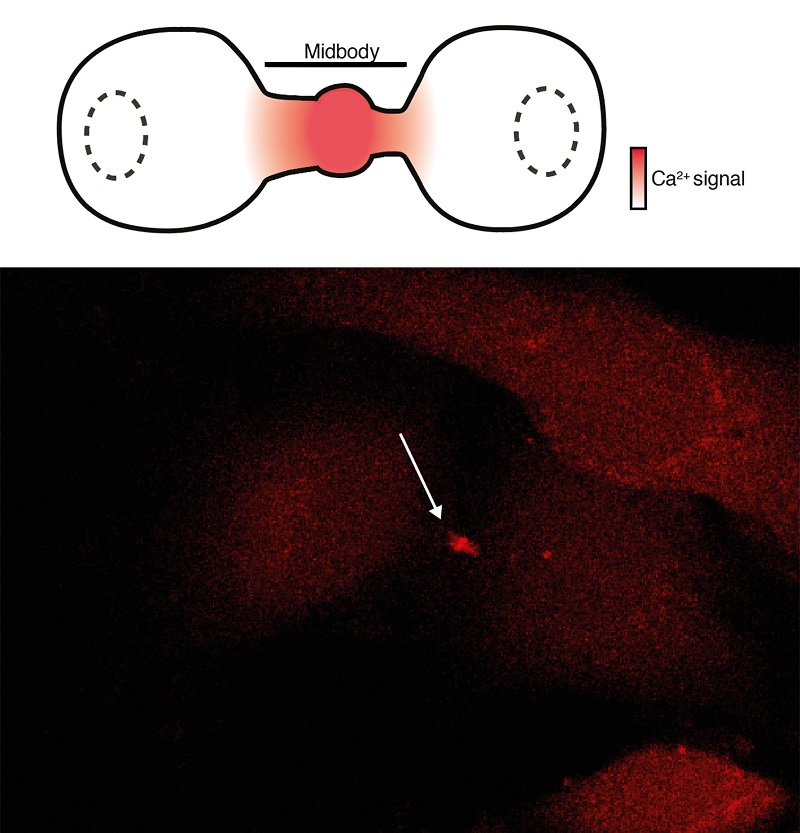 The UPF team found that during cytokinesis, the mechanosensitive Piezo1 ion channel is almost uniquely activated at the intercellular bridge where it generates a diffusible calcium signal (Figure 2). Moreover, they found that Piezo1 is necessary for successful cytokinesis in different cell types, including the endothelial cells that line the interior of the blood vessels, cells that cure our wounds, breast cancer cells or in whole organisms such as zebrafish embryos in which the activity of Piezo1 was reduced using genetic silencing or a toxin obtained from a scorpion that specifically binds to the Piezo1 channel inhibiting its function.

Piezo ion channel proteins were identified in 2010 as fast sensors of mechanical forces by this year Nobel Prize awardee, Ardem Patapoutian, and soon after they were recognized as the molecules that our nervous system use to sense touch. “Since their discovery, we and others have proposed that Piezo channels are not only relevant to sense the world we live in but are also used by cells to sense and react to their physical environment as they are stretched, compressed, or move around within our body” affirms Dr. Valverde.

Piezo1 is necessary for successful cytokinesis across different cell types and species.

These findings lay the foundations for understanding this brief, dynamic cell life stage that is critical for the growth and renewal of our organs and pave the way for tackling the uncontrolled proliferation of cancer cells in tumors by means of genetic or pharmacological regulation of the Piezo1 channel.

Funded by the Spanish Ministry of Science, Education, and Universities through grants RTI2018-099718-B-100 to Miguel A. Valverde and PGC2018-095663-B100 to Cristina Pujades, an institutional “Maria de Maeztu” Programme for Units of Excellence in R&D to the Department of Experimental and Health Sciences (UPF) and ERDF funds.