So reveals a study published on 21 May in Child Development, conducted by Ingrid Vilà-Giménez and Pilar Prieto (ICREA), members of the Prosodic Studies research group, together with researchers from the universities of Chicago and of Iowa. 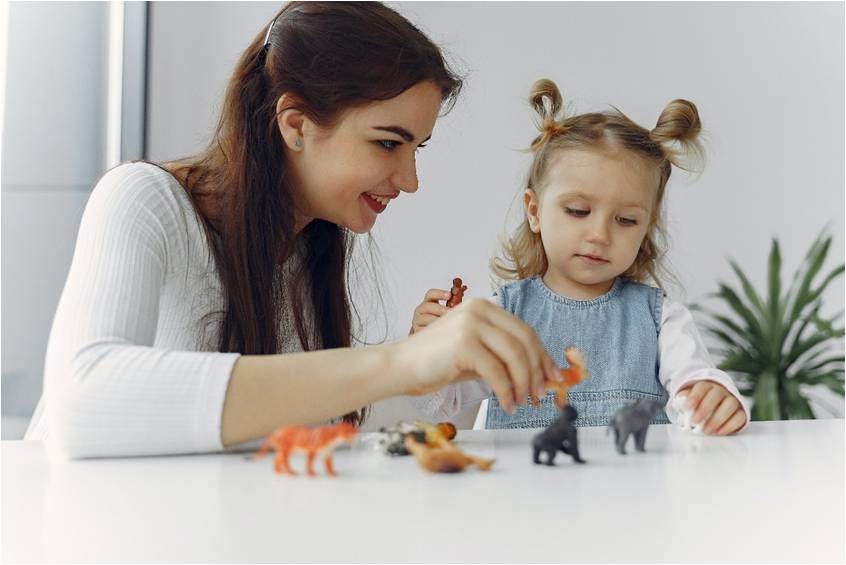 A study published on 21 May in Child Development shows that the early production of beat gestures with the hands (i.e., gestures normally associated with emphasis that do not represent the semantic content of speech) by infants between 14 and 58 months of age in natural interactions with their carers predicts that in their later development, nearing the age of five, these children obtain better results insofar as their oral narrative skills.

The authors analysed the predictive value of beat gestures, compared with flip gestures of the hands and iconic gestures

However, the study did not find these same effects when children produced other types of gestures, such as iconic gestures (gestures that visually represent the semantic content of discourse, such as moving the hands in the shape of a ball to express “ball”) and hand flip gestures (gestures made by twisting the wrist, for example to express “don’t know” with uncertainty while raising the shoulders).

A longitudinal database on language development was used

Through a longitudinal methodology, the study analysed data at different points in the children’s development. The data belong to a large longitudinal database on language development belonging to the University of Chicago. The researchers analysed speech and the production of three types of gesture of 45 children aged between 14 and 58 months while interacting with their carers at mealtime or during games sessions or other activities such as reading books. Specifically, they examined the predictive value of beat gestures, compared with flip gestures of the hands and iconic gestures. At 5 years of age, the same children participated in a narrative task in which they had to tell a story from a cartoon without sound.

The results showed that beat gestures produced by children aged 14 to 58 months play a very important role in narrative development at later stages because they can predict improvements in children’s oral skills some years later. Although the results of the study do not provide empirical evidence as to whether such beat gesture simply reflects that the child has the ability to structure speech or multimodally mark elements of speech associated with prominence of speech (i.e., to mark emphasis), the researchers argue that this kind of gesture plays a very important pragmatic role in children’s early speech.

It should be noted that these pragmatic functions of beat gestures are related with the function of structuring narrative discourse. Therefore, as the study results would suggest, the authors highlight that it can be stated that the pragmatic functions of beat gestures in children’s early narrative speeches may be highly important for the development of their initial speech as well as for developing their oral narrative skills at a later age.

This study contributes significantly to strengthening prior empirical evidence published by some of the same researchers on the benefits of a short intervention to improve the oral skills of children aged 5 and 6 years, in which they are asked to observe or produce beat gestures (Vilà-Giménez et al., 2019; Vilà-Giménez and Prieto, 2020; see also Vilà-Giménez and Prieto, 2021). Similarly, other complementary studies have also shown the positive impact of these gestures on other more complex language skills of children, such as understanding stories (Llanes-Coromina et al., 2018).