Research led by Jordi Gumà, a researcher with the UPF Department of Political and Social Sciences, concludes that to better understand the health of partnered elderly people it is essential to understand the socioeconomic characteristics of both. This is a pioneering study because for the first time it analyses information on the educational and socioeconomic level, age and health status of the two partners combined, not separately, and it focuses on Spain, in the first case conducted under this approach. 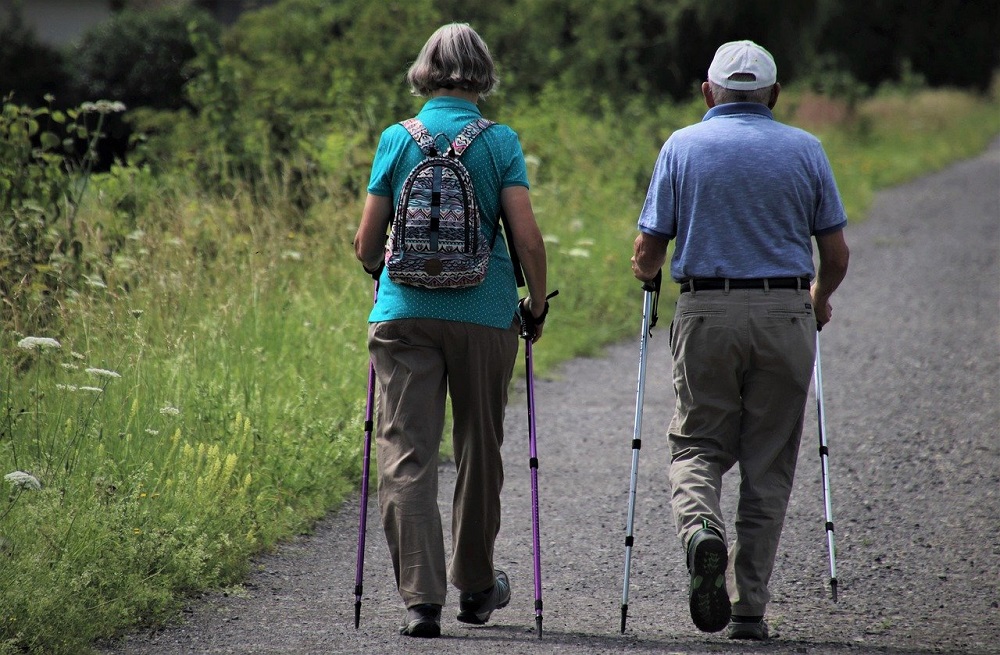 The health of women aged 65 and over appears to be related, in addition to their own socioeconomic characteristics, with that of their partners, as a result of traditional gender norms. This is one of the main conclusions of research led by Jordi Gumà, a researcher at the UPF Department of Political and Social Sciences, conducted in conjunction with Jeroen Spijker, a Ramon y Cajal I3 researcher at the Centre for Demographic Studies of the Autonomous University of Barcelona (CED-UAB), focusing on the case of Spain.

The study, published in Gaceta Sanitaria, analyses the health differences among the Spanish population aged between 65 and 81 years living in couples.

According to Jordi Gumà, a member of the UPF Sociodemography Research Group (DEMOSOC), this situation is aggravated by several causes: “The fact that they often act as caregivers for their spouse (husband), has a double impact on women’s health as a result of gender inequality: because they are economically dependent on their partners; and for having to assume a greater daily burden as caregivers”, he explains.

The study, recently published in its final printed version in the journal Gaceta Sanitaria, analyses the health differences among the Spanish population aged between 65 and 81 years living in couples, considering the socioeconomic characteristics of the two members individually and combined. It is a pioneering approach with respect to the research carried out to date, which has so far focused on individual analysis.

The general aim of the study was to determine whether in addition to the individual’s level of education, a standard indicator in this type of research, the characteristics of their partner (level of education and health status) and of the household in general (economic capacity and spousal age gap) affect the health of people aged 65 or over living with a partner.

The health status of the other member of the couple, a decisive factor

The study shows that living with a partner who is not in good health is associated with almost double the likelihood of being in the same situation, and that women’s health is significantly better if their level of education is higher than their partner’s, and this result is less significant in the case of men.

“According to our results, living with an older husband  whose health is delicate penalizes women’s health”.

“The health status of the other member of the couple is the variable displaying the greatest effect on the health of the Spanish population aged 65 and over living under this model of cohabitation, although women’s health seems to be more sensitive to the educational level of their partner and the general economic situation of the household”, the authors assert.

In this sense, the research finds a clear gender component: “According to our results, living with an older husband whose health is delicate penalizes women’s health. Conversely, the additional workload is lower for husbands when their wife’s health is poor because men tend to share this burden with other, mainly female family members, particularly daughters or daughters-in-law”, they point out.

Moreover, the study demonstrates the existence of an assortative mating effect, as two individuals with similar behaviour are more likely to match up, irrespective of socioeconomic status. This selective mating (partner resemblance) at younger ages, can have a cumulative effect on health over the years as a result of behavioural factors such as smoking, diet, alcohol consumption, etc.

The peculiar case of Spain, with very traditional gender roles

The study focused on analysing the case of Spain, based on a sample of nearly 1,800 people taken from the European Union Statistics on Income and Living Conditions (EU-SILC) survey (2015 wave) on the elderly (65 to 81 years) living with a partner. Based on separate logistic regression models for men and women, the authors obtained the estimate of the likelihood of not having good self-perceived health.

In Spain, the educational expansion and the massive insertion of women into the labour market started later than in other Western European countries.

They assure that they chose Spain as a case study because until now, research on joint (partner and own) education profiles and health status have focused on the United States or northern, western and central European countries, but no country from southern Europe had yet been analysed.

In addition, according to the authors, Spain is an especially interesting case because the educational expansion and the massive insertion of women into the labour market started later than in other Western European countries. Accordingly, “the productive and reproductive roles in Spain are still very much gendered for the older cohorts studied here, whereby the female socioeconomic status is almost totally determined by their partner’s status”, they state.

In the authors’ opinion, one relevant contribution by their study to public policy is that “not only typical vulnerable groups like single-person, single-parent or low-income households should be targeted, but also retired low-educated partnered individuals, even if their partner is more highly educated”. Moreover, “the results of the study are particularly relevant for health professionals who are in daily contact with patients as health inequalities are larger at the household level than at the individual level”, they conclude.

Jordi Gumà, with the collaboration of Jeroen Spijker, is the principal investigator of the project “Prevention is better than cure when ageing is behind the door: interplay between social determinants of health in Spain” (INTERSOC-HEALTH) (2019-2022) co-funded by the Spanish Ministry of Science, Innovation and Universities (R&D&I projects, “Challenges” category) and ERDF funds, and is part of the international project “Care, Retirement & Wellbeing of Older People Across Different Welfare Regimes” (CREW).