“Xenotransplants can help solve the lack of organs for transplants, one of the most serious medical problems” - Interviews

“Xenotransplants can help solve the lack of organs for transplants, one of the most serious medical problems”

“Xenotransplants can help solve the lack of organs for transplants, one of the most serious medical problems”

We are talking to Marc Güell, head of the Translational Synthetic Biology Research Group, about where this area of research currently finds itself and how he sees its future. While working at Harvard Medical School he was the scientific founder of the company eGenesis Bio, which focuses on the development of organs for xenotransplants. 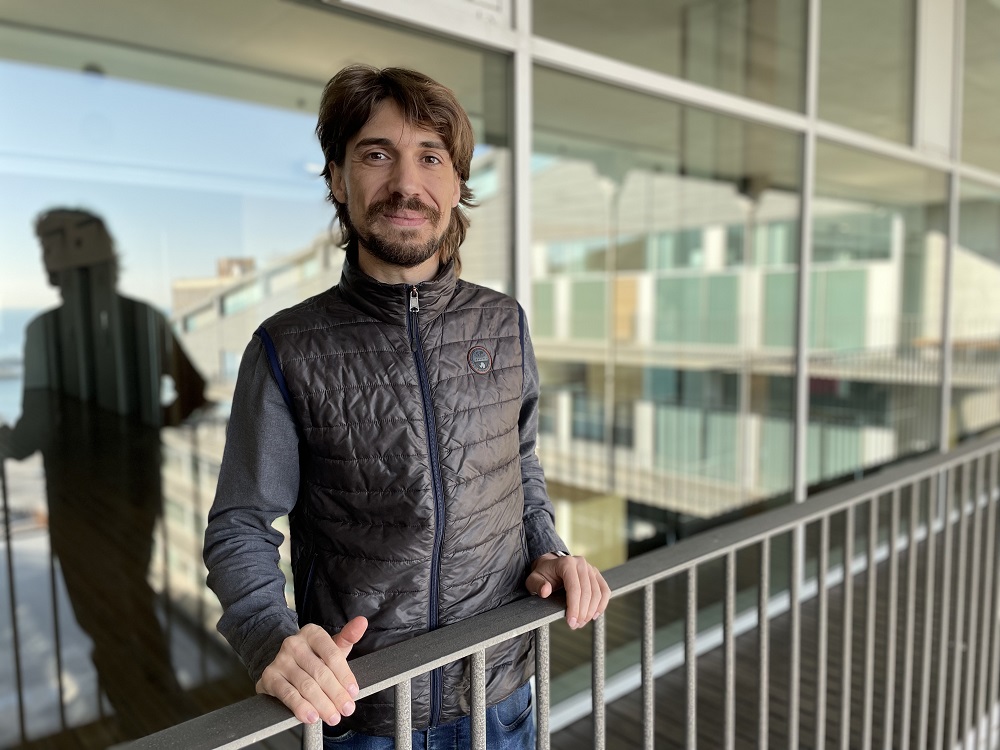 Marc Güell leads the Translational Synthetic Biology Research Group at the UPF Department of Medicine and Life Sciences. While working at Harvard Medical School he was the scientific founder of the company eGenesis Bio, which focuses on the development of organs for xenotransplants. Recently, the first transplant of a pig heart to a person was announced by a team of scientists from the University of Maryland (USA). Due to these latest advances in xenotransplantation, we are talking to him about where this area of research currently finds itself and how he sees its future.

—What are xenotransplants and when did they begin?

The concept is quite straightforward: to transplant an organ from one animal to another. In this case the most common procedure is to transplant an organ from a pig to a non-human primate and hopefully in the future, to humans. It’s been coming for a long time; the first trials were documented more than 100 years ago. Modern xenotransplantation, however, has developed over the past two decades. There have been advances in genetic engineering and immunosuppression and it has been possible to get closer to a clinical reality in the near future, we hope.

At least two things are needed to make it possible. On the one hand, the organ must function physiologically; but the most important thing, and the part that needs working on most, is to prevent organ rejection. A lot of work is now being done to genetically modify these pigs to humanize them a bit. This is done in a very specific way: we remove genes that the pig has and we do not have or key components are added to reduce rejection, for example proteins related to the immune system. Another important issue is blood clotting: proteins must be added so that human blood can flow well through the organ. Finally, in a normal practice of allotransplantation (transplantation from one individual to another of the same species) we use immunosuppression: in these pigs a little genetically encoded immunosuppression is now added. Thus we can reduce the amount of immunosuppression that must be given with conventional drugs.

Moreover, pig organs respond to human growth hormone. To prevent this organ from growing too much inside the new host, the growth hormone receptor is removed. This is a relatively new practice, dating from a few years ago.

—How are genetic modifications made for xenotransplantation?

Two steps are needed: first, we must implement all these genetic changes. In the most recent cases we have seen in the news of a heart transplant, a pig with ten genetic changes was used. To make these changes, first somatic cells (any cell in the body except sperm and eggs) are taken from the pig, such as fibroblasts of the ear, they are cultured, and all changes are made to those cells. Once done, validation that the changes have been made correctly is performed and then a nuclear transfer is made to an oocyte, in the same way as was done with Dolly. Then, with a microinjection, the nucleus is removed from a fully modified somatic cell and placed in a receptor oocyte that can be developed by the embryo. The embryo is implanted in a mother and the pig that will be born will be transgenic, and all its cells will have these genetic changes.

—What stage are we currently at?

There has been great progress in recent years, impressive progress. We have, for example, organs such as the heart and kidney and pancreatic islets that function well and survive for years in nonhuman primates with good physiological functioning. This provides increasing arguments to be able to make the leap to the clinical setting. For now, these experiments have not been a conventional clinical trial but an emergency procedure with special permission. But at least, given these solid preclinical data, I suppose we’ll have more news in the future.

—Why are pigs used?

There are several reasons. On the one hand, there is an ethical issue, as experimenting with primates is very restricted, almost impossible. Another issue is disease transmission. As we know, even more so in pandemic times, the closer the animal in which there is a pathogen, the easier it is for it to jump to humans. In this regard, let us recall the case of AIDS. A primate is much more likely to transfer a pathogen to a human than a pig.

Lastly, there’s also the practical issue. We have a great deal of experience with pigs, in terms of breeding programmes and even on a biotechnological scale. It is far more complex to implement ten genetic changes in a primate than to implement them in a pig, and also to devise a programme for which there are enough animals available to conduct a clinical trial someday. Right now, there is a lot of consensus on the idea that the pig is a good candidate.

—Which do you think are the future challenges of research into xenotransplants?

Right now, xenotransplantation is enjoying a high point. However, it should be remembered that it is one of the most complex medical procedures to exist. The complexity of modifying the pig, the process of xenotransplantation, which is very difficult, the postoperative period, combining it with immunosuppressants that are sometimes still experimental. It’s really difficult; but there are some encouraging results.

I would highlight the progress made with the heart and the kidney. Although we may be able to make a tendon or skin with 3D printing we do not know how to use printing to make a large vascularized organ. I think that at present, clearly the closest thing to make a clinical leap for these major organs is xenotransplantation. It is a highly attractive area because it may be a possibility to help solve the lack of organs for transplants, one of the most serious medical problems that exist.