Amador Vega, a full professor of Aesthetics and Art Theory and coordinator of the Centre for Aesthetics, Religion and Contemporary Culture at the UPF Department of Humanities. 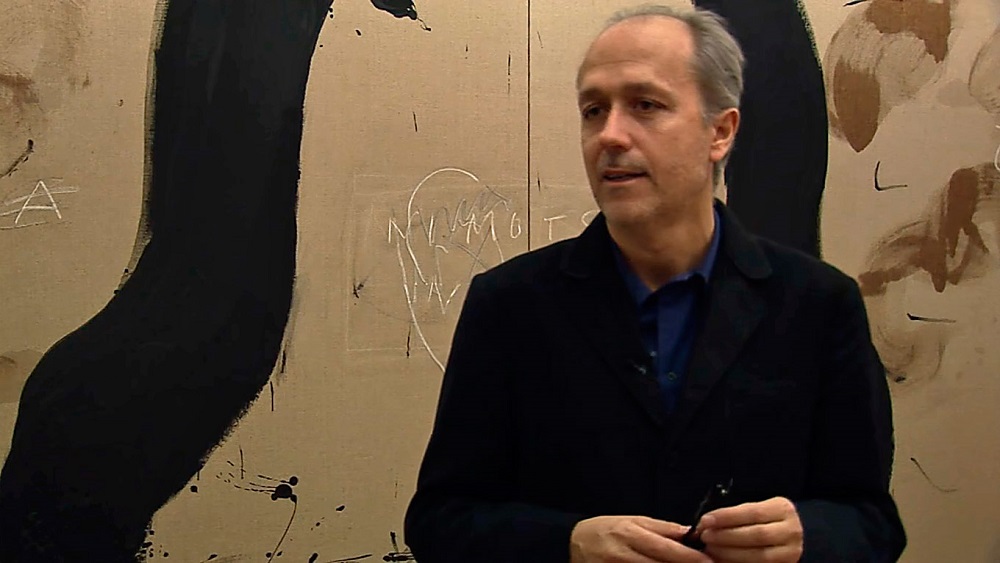 In early 2021, UPF created the Centre for Aesthetics, Religion and Contemporary Culture, which plays host to research, academic and artistic activities around religion, its relationship with the arts and literature, and its effects on the cultural movements of our times, while preserving the contexts of tradition that have made them possible.

The study centre, coordinated by Amador Vega Esquerra (Barcelona, 1958), a full professor of Aesthetics and Art Theory at the UPF Department of Humanities, seeks to project in a broader framework the activities and initiatives of the Association of Friends of the Haas Library and the Alois M. Haas Library Research Group. In this interview, Amador Vega explains how the Centre came about, what it is about, and the projects it undertakes, and speaks of the importance of philosophy and the spiritual dimension of the individual.

—February 2021 saw the twentieth anniversary of the book donation by professor Alois M. Haas. What has having these resources meant to UPF?

First, substantial enrichment of the Main Library, especially in the field of the humanities. Since then, it has been the most internationally consulted bibliographical resource at UPF, which gives an idea of the quality of the generous donation. With regard to our University, it should be noted that the presence of such a unique collection has enabled ongoing research in the study of religion, philosophy and the humanities in general. Dozens of doctoral theses have been carried out thanks to this collection and it seems, therefore, that this is the best legacy we have.

—How has the Haas Library evolved over the years? Have the Haas Lectures been a reflection of this?

Initially, the Haas Collection or Library, consisted of a large collection of books in various languages, on issues of religion, theology, philosophy, Eastern and Western spirituality, as well as classical studies. But the bulk of the research by professor Haas has been, and this is still the case, the mystical currents of Western thought. From there, Haas acquired volumes and serial publications that enabled the study of mysticism in relation to literature, poetry and the arts. In 2019 we went to Zurich to prepare a new donation, this time of more recent studies he had acquired concerning the subjects mentioned, and so currently we have a comprehensive, up-to-date collection regarding contemporary issues and problems.

The Haas Lectures, which are held regularly, have been a meeting place for international researchers who have shone the spotlight on the research conducted by our young researchers

Also, the Haas Lectures, which are held regularly, have been a meeting place for international researchers who have shone the spotlight on the research conducted by our young researchers. At the same time, they have been a place of creation, as we have presented to a broad and diverse public of the city the results of research that seeks to dialogue with contemporary culture.

—With what goal has the Centre for Aesthetics, Religion and Contemporary Culture come into being? What differentiates it from the activities of the Haas Library Research Group?

The Centre was created in order to raise awareness of the links between academic research in the field of religious studies and artistic creation, mainly in the contemporary world. It differs from the Haas Library Group (AGAUR-recognized) in that it goes beyond academic research per se and seeks to welcome both scholars of religion and artists, all with idea of promoting actions, fellowships and exhibitions, but also conferences, seminars, performances, etc. 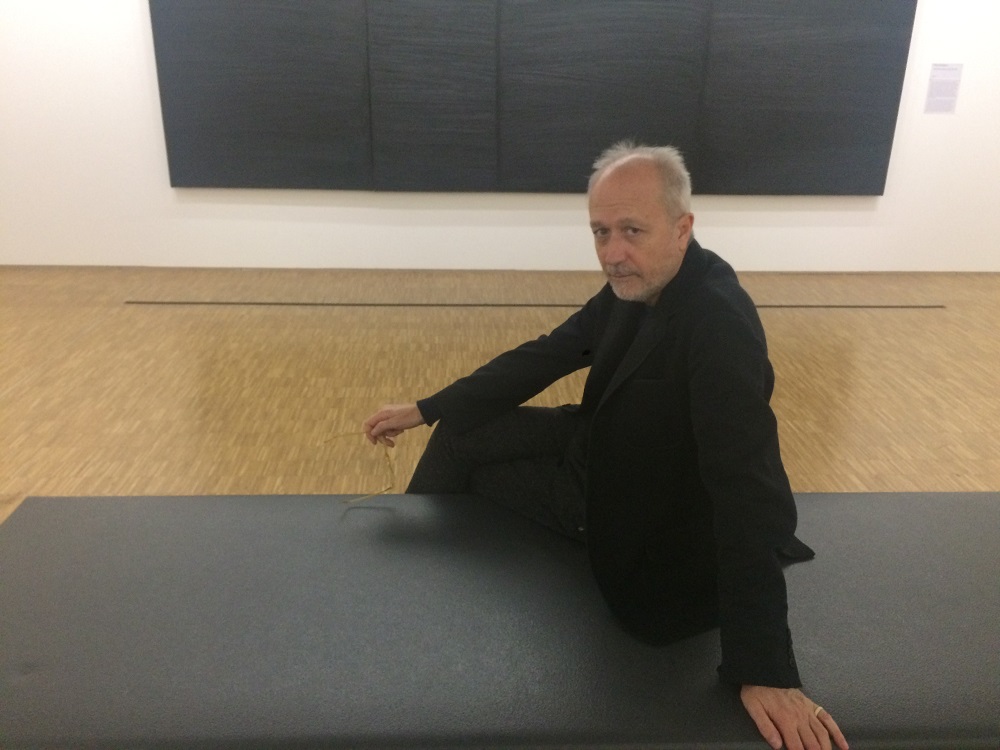 —What do the Javier & Marta Villavecchia Fellowships for creative projects mean for the Centre?

These fellowships (formerly known as Haas Fellowships), which are announced twice a year, are a way of supporting researchers and artists interested in the research areas of our group and themes that are present in the Haas Library. So far we have had six research projects, all of high-quality, whose results can be seen in prestigious publications or at exhibitions and installations. With visits by these researchers, we enrich our legacy and enter into dialogue with other ways of doing things and of seeing the world.

With visits by these researchers, we enrich our legacy and enter into dialogue with other ways of doing things and of seeing the world

—Did the onset of the pandemic affect the activities of the Centre?

During the first half of 2020, we had professor Martín Bonadeo (Buenos Aires) with us as a fellow. One day before closing UPF as a result of the measures taken at those dramatic times, and with the support of colleagues and staff at our University, he managed to film his performance between Ciutadella Park and the Dipòsit de les Aigües, before joining his family to fly back to Argentina. On 28 May we released his work online entitled “Ensayos para una Cruz del Sur en el Norte”.

—How does the urban intervention by Bonadeo fit in with research in the field of mysticism and religion?

There is a whole way of seeing the Library building as a repository of knowledge that is symbolically reflected in the cross of stars that light up the night sky. Martín Bonadeo’s project is full of mystical metaphors: the dark night, light in the darkness, the North-South axis exemplified by the cosmic cross... The city is also a place of revelation, and a library like ours, if we allow ourselves to be inspired by the ascetics who inhabited Egypt and Palestine in ancient times, it symbolizes the silence of the desert right in the middle of everyday urban noise and bustle. To the extent that religions are also strategies of the domain of contingency, and therefore genuine forms of existence, it is necessary, with the greatest possible rigour, to cultivate dialogue between religion, culture and politics.

To the extent that religions are also strategies of the domain of contingency, and therefore genuine forms of existence, it is necessary, with the greatest possible rigour, to cultivate dialogue between religion, culture and politics

—Did the epidemic put paid to the 2020 call for grants?

Throughout 2020 we could not convene the fellowships we announce each year to come to work at UPF and so we did not receive researchers from other countries. We made the decision to grant this aid to artistic projects in progress: the current one is a choreography by Cesc Gelabert from an idea that we have been developing jointly with the French playwright Valère Novarina, who took part in the Haas Lectures a few years ago. Moreover, we had worked with Gelabert before, in 2016, when he took part in the master’s degree course I hold regularly and which gave rise to the video “Llull Movens”, the result of collaboration with our colleagues of the Department of Communication. For 2021, from texts by Novarina and others I’m still writing, we want to film, again with the participation of colleagues from the CLIK, a video presenting the work: “Excerpts: a lesson in dance and theology”.

—What does this work consist of and at what stage is your production at the moment?

It is a recitation, a kind of psalmody made by a French actress on definitions of God, that the playwright Valère Novarina prepared for one of his works that was first performed at the Avignon Theatre Festival in 2000. Gelabert has created the choreography and he himself dances on these definitions, while for my part, I perform a Lectio inspired by scholastic models of the theologians of the University of Paris in the 13th and 14th centuries. The idea is to get the mind moving from silent gestures of the body, and thus highlight the lack of the corporal dimension in our academic lessons. Thus, body and spirit in motion: an attempt to reform current educational models and offer a different proposal.

We are currently working on the content and the technical script will be carried out by Manel Jiménez, a colleague with the Department of Communication and of the CLIK. Library management has been greatly involved and I think that will turn out great. At present, we are locating spaces in the Library of the Dipòsit de les Aigües, and the script and the writing of texts still need finishing. If the health conditions allow, we would like to present it live before the end of 2021 or in the spring of 2022 within the framework of the Haas Lectures.

Philosophy and the spiritual dimension of the individual are fundamental for the development of the mind, interpersonal warmth and the domain of contingency

—"Llull Movens”, within Llull Year held in 2016, was an experimental and innovative project that received the Award for Quality in Teaching by the UPF Board of Trustees (2017). How do you rate the success it enjoyed?

As I said before, I invited Cesc Gelabert to do something to his liking in the context of the course on “Aesthetics and Religion” that I teach on the master’s degree in Comparative Studies in Literature, Art and Thought at the Department of Humanities. But he said: “No, I don’t want to do anything special right now, let me attend your course and we'll see what happens”. The fact is that he soon got involved, along with Ivan Pintor, a professor with the Department of Communication.

The sessions, which were recorded entirely by two Communications fellows, took place between my theoretical introductions to the thought of Ramon Llull, his choreographic proposals and the seminars given by other scholars of the work of Llull from several universities we invited for the occasion. As you can see in the video “Llull Movens”, all of us ended up dancing, students and teachers. Cautiously, as it was a first time, but I value it positively: to start with the students felt uneasy, but all of them got sincerely involved reading or reciting Latin texts around or on top of the tables of the seminar.

—Llull’s influence on the arts, literature, science and theology was the subject of a MOOC you directed. Are we witnessing increased interest in philosophy and mysticism?

Yes, the MOOC Understanding Ramon Llull. I don’t know if interest is increasing or decreasing, I guess the rhythm varies. Philosophy and the spiritual dimension of the individual are fundamental for the development of the mind, interpersonal warmth and the domain of contingency, that is, to lead a possible, dignified existence before the major challenges facing the individual, the most important of which is to accept our finitude. I am convinced that this is an issue that our philosophers and anthropologists must return to.

From my point of view, it is not possible to conceive that the health of the individual and human development remain subject only to scientific progress and frenzied marketing that alienate us from the real experience of human times. Luckily we have vaccines that are the result of scientific research, but I understand that people's health is not limited to continuing to breathe by whichever means. During the pandemic we have had to deal with painful situations that require high levels of courage from us all and I think that philosophy can be a place of refuge but also a cornerstone for taking vital actions related to a concept of health that incorporate body, mind and spirit, that is, the three dimensions, the sensitivity, intelligibility and spirituality of the individual.