According to a study led by Adrià Tauste, a researcher at the BarcelonaBeta Brain Center, conducted by the Center for Brain and Cognition, directed by Gustavo Deco, ICREA research professor, and the Cellular Neurophysiology Group of the Autonomous University of Mexico, led by professor Ranulfo Romo, released on 25 March in Proceedings of the National Academy of Sciences. 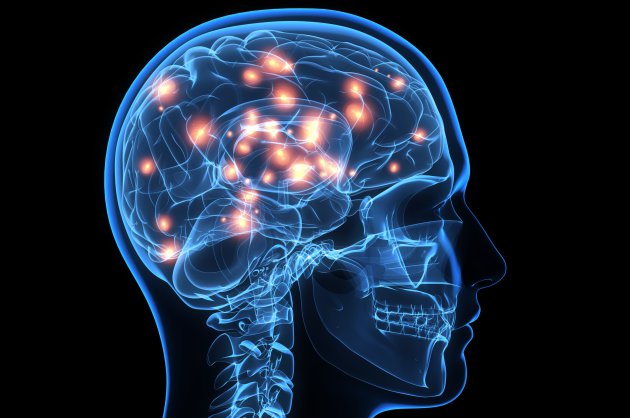 When we receive a stimulus, sensory information is transmitted by the afferent nerves to the thalamus which in turn, like a relay, forwards the information to the sensory cortex to process it and consciously perceive the stimulus. But, does this information travel only in the thalamus-cortex direction? And, is this ‘journey’ a determining factor in the subsequent conscious perception of this stimulus?

To answer these questions, a study carried out between the Center for Brain and Cognition (CBC) of the Department of Information and Communication Technologies (DTIC) at UPF, and the Cellular Neurophysiology Group of the Autonomous University of Mexico, has determined the influence that functional interactions between the neurons in the thalamus and the sensory cortex have on the sensory perception of tactile stimuli. The authors published their work on 25 March in Proceedings of the National Academy of Sciences.

For the experimental phase of the study, the researchers recorded the neural activity of two monkeys within the same receptive field of the ventral posterolateral nucleus of the thalamus and of the primary somatosensory area simultaneously, while the specimens performed a vibrotactile detection task. This task consisted of the random presentation of trials in which the animal received a tactile vibration of variable intensity on the hand and trials without vibration. At the end of each trial, the animal had to indicate the presence or absence of the stimulus by pressing a button. To dissociate sensory representation and decision phenomena, the recordings are repeated during a control task, in which the monkeys received the same pattern of stimulation, but did not have to indicate their decision.

During these paradigms, the researchers used 84 simultaneous pairs of neurons and over 10,000 trials to estimate the directional interdependencies established between the activity of neurons (action potential trains) in each area in each individual trial and how these interdependencies relate with experimental parameters such as the amplitude of the stimulus and the monkey’s response.

The results show that during stimulus reception, the level of neuronal interactions in the thalamus-cortex direction (“feedforward”) significantly increases, while this does not take place in the opposite direction (“feedback”). In addition, the authors show that the levels of “feedforward” interactions are statistically associated with the context of the task and the accurate perception of those stimuli that are at the subject’s detection threshold”. As the first author of the work, Adrià Tauste says, “hitherto it was known that these two areas (thalamus and primary somatosensory area) were essentially sensorial in that their neural activity represented information about stimuli, regardless of whether they were later detected by the subject or not. “We now know that the functional connections established by the neurons in each area in the thalamus-cortex direction may also determine the decision taken by the monkey on the existence of the tactile stimulation received”.

The need to detect an existing stimulus synchronizes thalamus and cortex

In addition, the authors have identified a second type of interactions that are cognitively relevant, which express the simultaneous (not delayed) synchronization of the two sensory areas, and that they only manifest when the stimulus appears and this must be  processed to determine its existence. In this regard, the authors Adrià Tauste and Gustavo Deco add: “these interactions may reflect the necessary participation of third cortical areas exerting a “top-down” influence in the two areas of the study, which shows that sensory perception is the result of a complex neural network from the time the sensory information reaches the brain”.