The brain changes its global dynamics hours before an epileptic seizure

The brain changes its global dynamics hours before an epileptic seizure

A study led by Adrià Tauste, a researcher with the Barcelonaβeta Brain Research Center carried out between the Center for Brain and Cognition directed by Gustavo Deco, ICREA research professor, and the Epilepsy Research Group at the Hospital del Mar Medical Research Institute (IMIM), directed by Rodrigo Rocamora, has been published today in the journal PLoS Biology.

A study carried out between the Center for Brain and Cognition (CBC), directed by Gustavo Deco, ICREA research professor with the Department of Information and Communication Technologies (DTIC) at UPF, and the Epilepsy Research Group at the Hospital del Mar Medical Research Institute, led by Rodrigo Rocamora, medical doctor and adjunct lecturer of Bioengineering at UPF, has, by means of mathematical analysis, managed to characterize the changes that the brain experiences before suffering an epileptic seizure. 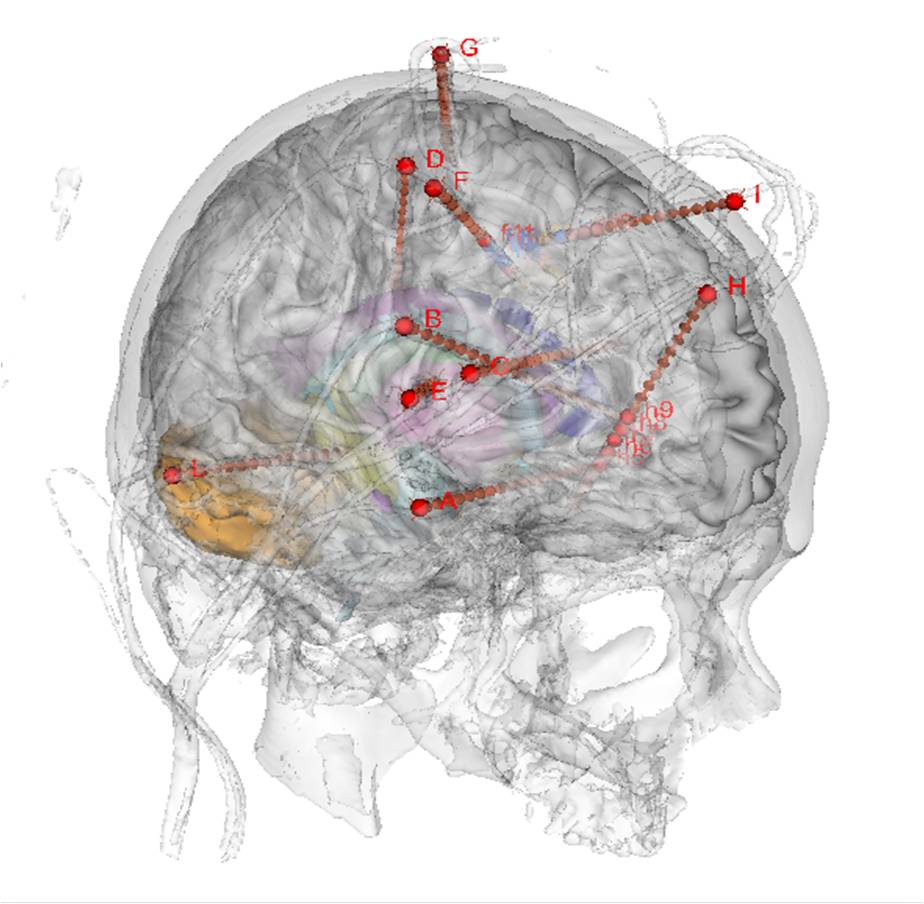 The study, led by researcher Adrià Tauste, researcher of the Barcelonaβeta Brain Research Center, a research centre of the Pasqual Maragall Foundation, carried out at the CBC, has been published today, 6 April, in the journal PLoS Biology. The research is based on the analysis of 344 hours of intracranial electroencephalograms (iEEG) of 10 patients with epilepsy who are resistant to medication during their pre-surgical diagnosis with depth electrodes, performed at the Epilepsy Unit at Mar Hospital. In this study, the recordings explore different areas of the brain using between 5 and 15 electrodes according to the clinical hypothesis of each patient, which provides relatively global information about brain activity.

The intracerebral recordings can be characterized as the temporal sequence of “states” of a single neural network, which recurrently presents greater or lesser synchronization between its areas. In this context, the study shows that the activity prior to the first recorded epileptic seizure is a two-stage process: a first stage (called “critical”), which lasts for several hours, in which the frequency of the highly synchronized network states is altered with regard to the physiological level of previous days, and continues with a second stage, lasting half an hour, in which the activity of the different areas of the brain is desynchronized up until the onset of the epileptic seizure. In addition, the research locates the source of these global alterations in areas of patients who have been operated on and who are today free of seizures.

Detection of the critical phase could prevent epileptic seizures

As Adrià Tauste, first author of the paper states: “We understand that this study contributes to the increasingly accepted view that epilepsy is a disease that affects the functioning of extensive neural networks”. And Tauste continues by saying that “the study also provides new ingredients to predict and control seizures. In recent years, prediction algorithms have improved their results but have not yet reached the efficiency needed for therapeutic use. With this work, we point to a new family of iEEG-based biomarkers that can detect the presence of a “critical” phase, in which the patient could take measures to prevent or control their impending seizure more than half an hour in advance”.

The results of this research open up new perspectives for the clinical treatment and diagnosis of this disease. As indicated by Dr Rodrigo Rocamora, “the results obtained allow effectively changing the diagnostic and therapeutic paradigm there has traditionally been in epilepsy. If we manage to detect these changes described by the researcher Adrià Tauste using portable systems, we will be able to make progress in seizure prediction systems. In addition, if we focus the therapeutic target on complex forms of brain functioning prior to a seizure, we will be able to develop new treatment technologies using cerebral modulation techniques”.