ICREA-UPF researchers: an essential part of the University’s DNA - News

ICREA-UPF researchers: an essential part of the University’s DNA

ICREA-UPF researchers: an essential part of the University’s DNA

UPF currently has 43 research professors, from ten different countries, linked to the ICREA Senior programme, crucial for attracting new European research resources, teams and talent. Some twenty of these researchers have participated in a meeting with the rector, Jaume Casals, to exchange impressions. 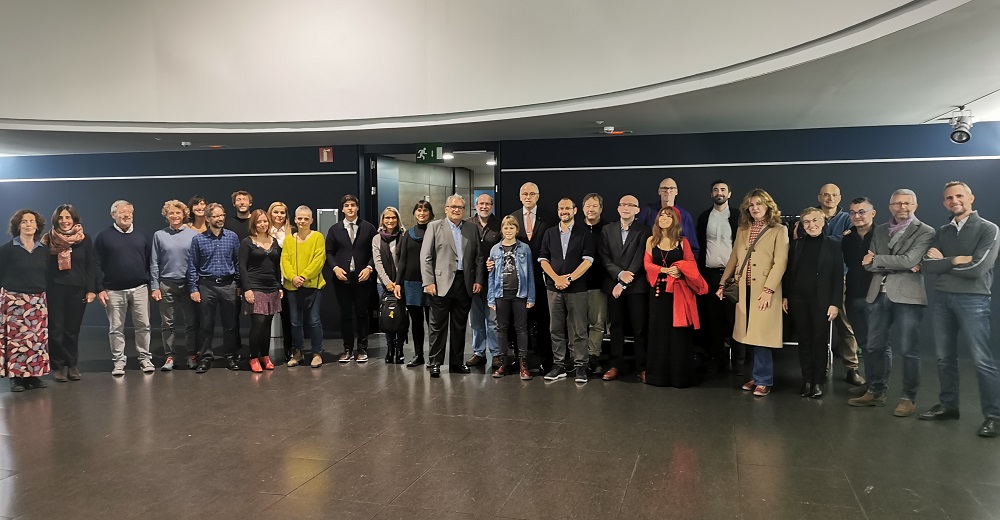 Some twenty ICREA-UPF research professors, from several University’s departments, have taken part in a meeting with the rector, Jaume Casals, held on 13 December at noon in the Aranyó hall on the Poblenou campus.

During the course of the meeting, Jaume Casals considered the University’s link with the Catalan Institution for Research and Advanced Studies “essential”, and he exchanged views with the investigators and thanked ICREA for its role in the progress of UPF.

Although relatively small, UPF has been chosen to work for a large number ICREA research professors (43). This figure represents 16% in respect of all ICREA researchers, of which there are currently 266, linked to some fifty institutions, including universities, research centres and institutes and foundations.

In the words of Enric Vallduví, “the results of UPF’s own staff are excellent, as reflected in all quality indicators, incorporating ICREA researchers has allowed further intensifying research activities at the University and this is noted in the results at various levels”.

The vice-rector stressed the importance of this group in terms of attracting European resources, particularly through European Research Council (ERC) programmes. In fact, 16 of the grants granted by the ERC in recent years, in their different modalities, have fallen to members of the ICREA group of the UPF.

The grants obtained, according to Enric Vallduví, generate a virtuous cycle that ends up feeding back to the benefit of the University: “With these resources it has been possible to establish research teams and groups, which has enabled attracting more talent and thus also expanding the number of doctoral theses", he assures.

How do viral infections occur? 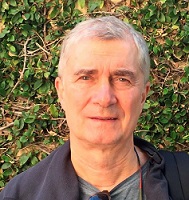 ICREA-UPF research professor since 2010, Andreas Meyerhans is head of the Infection Biology Laboratory at the Department of Experimental and Health Sciences (DCEXS). “My lab is interested in understanding the factors governing decisions (in the early stages of the immune response) in the course of an acute or a persistent viral infection, and to define the factors that control the dynamic balance of the expansion of viruses and immune control in persistent infections”.

“My lab is interested in defining the factors that control the dynamic balance of the expansion of viruses".

Another line of his research is to generate quantitative descriptions of the dynamics of viruses and the immune system through mathematical modelling. Recently, together with researchers from the Marchuk Institute of Numerical Mathematics of Moscow, he has designed a mathematical model to predict the response of people infected by HIV in a type of immunotherapy for cancer.

Andreas Meyerhans is satisfied at being an ICREA-UPF researcher: “The University offers me enough laboratory space and the security I need for my research. I feel very happy and accepted in my work environment”.

How does gender determine the globalization initiated in the Middle Ages?

Sandra Montón Subias has been an ICREA-UPF researcher for more than ten years (since 2008) at the Department of Humanities, where she coordinates the Colonialism, Gender and Materialities (CGiM) research group.  “I am currently investigating how gender is a cornerstone in shaping the globalization that began with the expansion and subsequent colonization by the Iberian monarchies around the world at the end of the Middle Ages”, she explains.

The researcher points out that “as global processes are nourished by what happens in specific places, I am studying how the gender system is transformed in Guam (Western Pacific) after the island joined the colonial network of the Spanish empire”. And she adds: “As an archaeologist, I analyse the active role of material culture -where I include the body, in all these processes, assuming that material culture is capable of revealing conscious and unconscious aspects of human behaviour that would otherwise go unnoticed”.

“Material culture is capable of revealing conscious and unconscious aspects of human behaviour that would otherwise go unnoticed”.

Sandra Montón, after clarifying that in her particular case it would be impossible to conduct systematic research outside the university/academic sphere, assures that “ICREA and UPF facilitate dialogue and, in some cases collaboration with researchers from other fields interested in better understanding issues concerning my research, like gender inequality, which I think is one of the major societal challenges of our global world”.

How do people’s processes of reasoning work?

Antonio Penta’s link as an ICREA research professor with the Department of Economics and Business (the University department with the most ICREA, 12) is more recent, specifically since 2018. He focuses his research on various fields within game theory, mechanism design, behavioural economics (mainly focusing on understanding people’s reasoning processes, particularly the interaction between individuals’ cognitive abilities and their incentives) and auction theory, combining a variety of techniques and methodologies.

“One of my interests is the impact of digital marketing agencies on online ad auction platforms”. 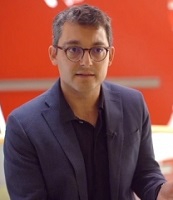 “Recently, I have been interested in the online ads market: on the impact of digital marketing agencies on online ad auction platforms, the opportunities for agencies to generate surpluses for their customers, and the design of new formats of auction based on user behaviour diagnostic technologies”, says the researcher, who obtained an ERC Starting Grant in 2017.

Antonio Penta explains that “the UPF-ICREA link has provided me with significant flexibility to better organize and conduct my research. However, I think that the University could do a little more to provide the most important researchers (such as ICREA researchers) with comparable conditions to those of similar quality research institutions in Europe and the United States”.

What is the relationship between words and their meaning? 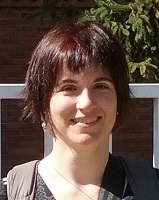 Gemma Boleda, coordinator of the Computational Linguistics and Linguistic Theory (COLT) research group at the Department of Translation and Language Sciences, is the latest research professor to acquire the ICREA-UPF link, specifically since early December. “I investigate how language works using an interdisciplinary methodology, combining theoretical linguistics, artificial intelligence and cognitive science. I am particularly interested in elucidating the relationship between words and meaning; in particular, how the lexicon of languages constructs a map of reality, and what is the relationship between the need to generalize, on the one hand (the word “woman” corresponds to adult females), and the need adapt language to specific situations, on the other (for one woman in particular, we choose “woman”, “professora”, “bride”? What factors are involved?)”.

“I chose UPF as an institution at which to work because it's a university that is clearly committed to research”.

“I started to be an ICREA-UPF researcher on 1 December, I mean really recently, and I’m very happy, excited and motivated”, admits Gemma Boleda, who believes that being an ICREA researcher gives her the stability and the freedom needed to develop her research programme. “I chose UPF as an institution at which to work because it’s a university that is clearly committed to research, and because of the research environment it provides me with. In particular, the research conducted in linguistics at my department is of very high quality, and the fact that the DTIC is located on the Poblenou campus enhances good synergies for my approach to linguistics”, she reflects.

The total of 43 active ICREA-UPF research professors, from universities and research centres all around, belong to ten different nationalities (from such diverse places as the USA, Greece, Russia and Hungary). They are spread across several University’s departments: Economics and Business (12), Information and Communication Technologies (8); Experimental and Health Sciences (7), Translation and Language Sciences (6), Humanities (5), Law (3), and Political and Social Sciences (2).

The vice-rector for projects in research emphasizes that “in general, ICREA personnel have integrated well in the life and running of UPF’s different academic units, often beyond mere research activities. This, by implication, helps to shape a research environment that is perhaps more stimulating and dynamic”. According to Enric Vallduví, their presence is crucial to the identity of the institution: “You could say, in fact, that the ICREA researchers have contributed significantly to making the University what it is”, he concludes.

Apart from the ICREA Sènior programme, which offers permanent posts in the Catalan research system, there is the ICREA Acadèmia programme, implemented in 2007, intended to retain talent. This programme (recognition is granted for five years and is renewable) offers lecturers of Catalan public universities a grant that allows them greater commitment to research.

Of today’s 120 ICREA Acadèmia researchers, 22 are at UPF, which is the third university in which they are most present, behind the UB (36) and the UAB (27). By departments, they are distributed as follows: DCEXS (10), DTIC (5), Political and Social Sciences (3), and Translation and Language Sciences, Communication, Economics and Business, and Humanities (one in each department).

The ICREA programme aims to attract and retain talent, it is 100% public and is funded by the Government of Catalonia. It was launched in 2001 in response to the need for new forms of hiring that would allow competing on equal terms with other research systems. Characterized by being a system based solely on merit, leadership capacity and scientific excellence, it has remained steady over these nineteen years, despite changes of government, and it is an example of stability and political commitment.