Communicating with others is one of the biggest difficulties for autistic children. Asking for help, initiating social interaction and sharing their emotions become skills that require learning through exercises and therapy. Interventions based on games that require the use of technology have proved to facilitate motivation and learning processes in children with Autism Spectrum Disorders (ASD). 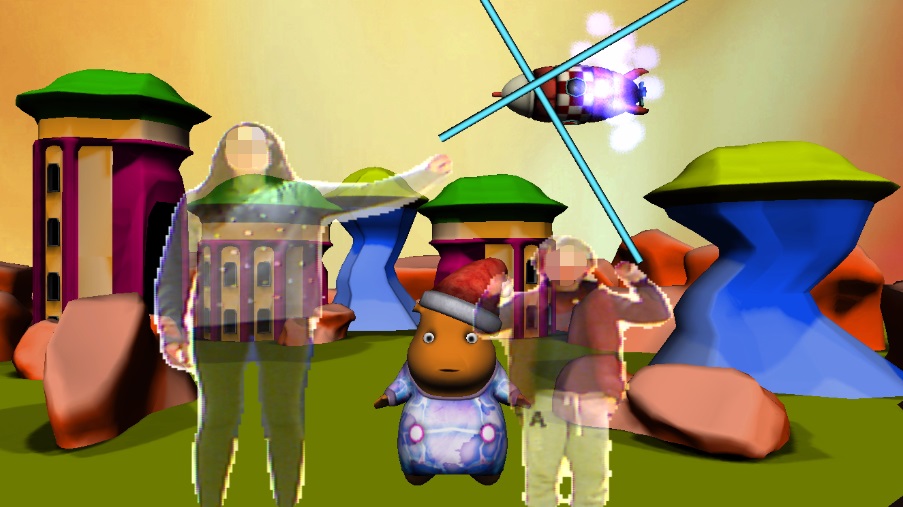 Narcís Parés, a member of the Cognitive Media Technologies research group of the Department of Information and Communication Technologies (DTIC) at UPF, is working on a research line known as “full-body interaction”. At his laboratory, he designs different applications based on such interaction in order to study the mediation of experiences. In conjunction with Hospital Sant Joan de Déu, he created Pico’s Adventure, a videogame based on full-body interaction that encourages social communication among participants.

The videogame seeks to facilitate the social interaction of children with autism by means of a series of fun, collaborative experiences. As Parés explains, “the first experimental studies proved effective as a complement to conventional therapies”. “Since then, Pico’s Adventure has become an important benchmark in the search for ICT-based tools to promote social interaction conduct in children with ASD”.

In a recent study, published in the advanced online edition of Research in Autism Spectrum Disorders, a group of 15 four to six-year olds diagnosed with ASD participated in four sessions in which they played with the Pico’s Adventure video game and with other types of game. The research was led by Narcís Parés in collaboration with researchers from Hospital de Sant Joan de Déu and Mutua Terrassa, who have studied the participants’ behaviour according to an observational scale.

This observational research sought to study social initiation conducts using a full-body interaction videogame compared to the number of social interaction conducts occurring during a free-play activity in children with ASD. “In this case, we refer by free-play to playing with toys (push-chairs, dolls, balls, etc.), alone or with a partner, without any guidance or rules”, Parés explains. The authors posited that the videogame could elicit a higher number of social conducts and, therefore, this technology could be proposed as a tool to promote social initiation skills.

The results have shown that the videogame fosters more social initiation than free-play, in children with ASD when they played alone or in pairs. Moreover, when the child played with its parents, the videogame proved to be as effective as free-play in promoting social initiation. The videogame has also proved to be more effective at reducing repetitive conducts and improve the children’s gestural expression. Videogames could be considered as being a suitable tool to foster social behaviour as well as being useful as a complement to traditional treatments, but “future work is needed in order to obtain further data that support this hypothesis”, the researcher add.

More information about the project: