This is one of the findings of the report “Research and Innovation Indicators of Catalan Public Universities”, compiled by the ACUP since 2012. 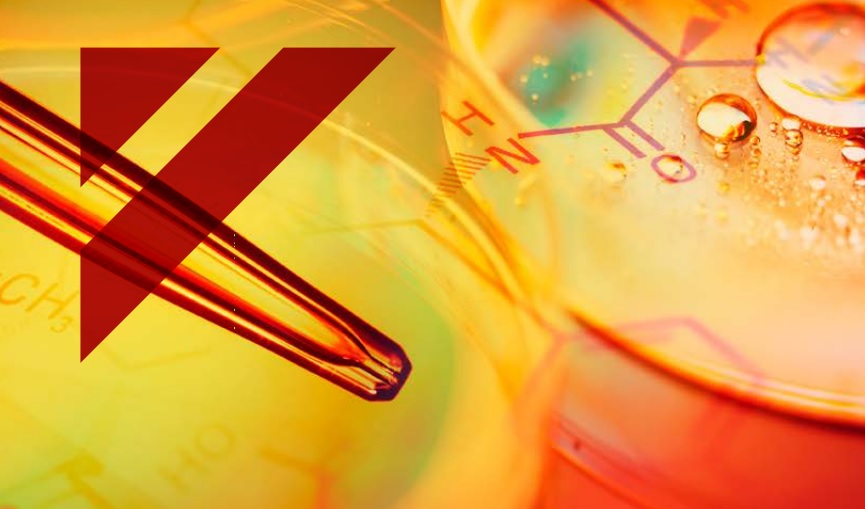 The Catalan Association of Public Universities (ACUP) has presented its report “Research and Innovation Indicators of Catalan Public Universities 2020”, a publication that has analysed the activity of the Catalan public university system since 2012. The report analyses three aspects: the economic resources that the universities devote to research and innovation (both through competitive and non-competitive funding), the scientific output that derives from it (also in terms of impact and efficiency), and the activity generated in the field of knowledge transfer (evaluated with regard to income from patent licences and innovation agreements with enterprise, or the number of spinoffs, startups and university-enterprise chairs).

In such a scenario, the report shows UPF as the most competitive university both with regard to raising funds and the impact of its scientific output, a position that the University has held since the first edition of the report in 2012.

“The excellent data from UPF are the result of the effort and dedication of all those who do research and transfer knowledge at the University and all those who provide them with technical support and are of great merit, given the financial constraints and the administrative complexity affecting research and innovation activities”

Figure 1 shows the high competitiveness of UPF researchers in attracting funding (especially in competitive calls), a figure that has increased over the previous year, rising from 80,000 to 108,000 euros, far above the average for the system. A consequence of this success rate, Figure 2 shows how 30% of the budget of the University in 2018 came from research, nine percentage points higher than the next university.

Graph 1. Resources harnessed for Research, Development and Innovation by number of doctor teaching and research staff. 2018. 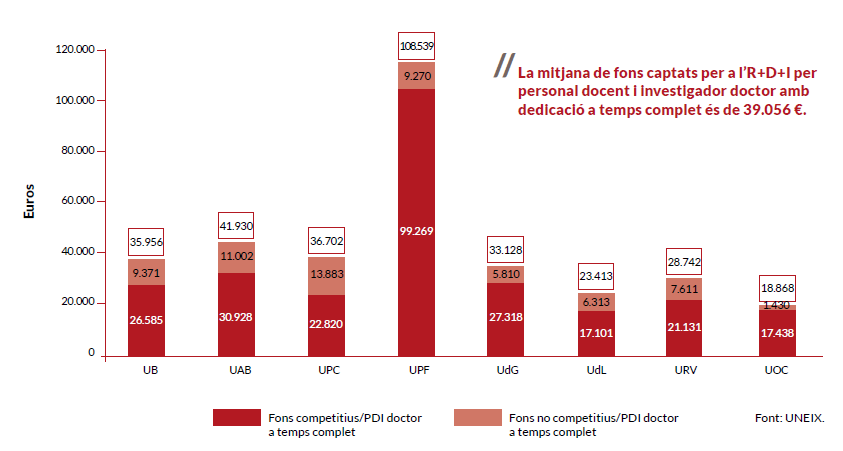 Graph 2. Harnessing of competitive and non-competitive funding per university and % of its total budget. 2018. 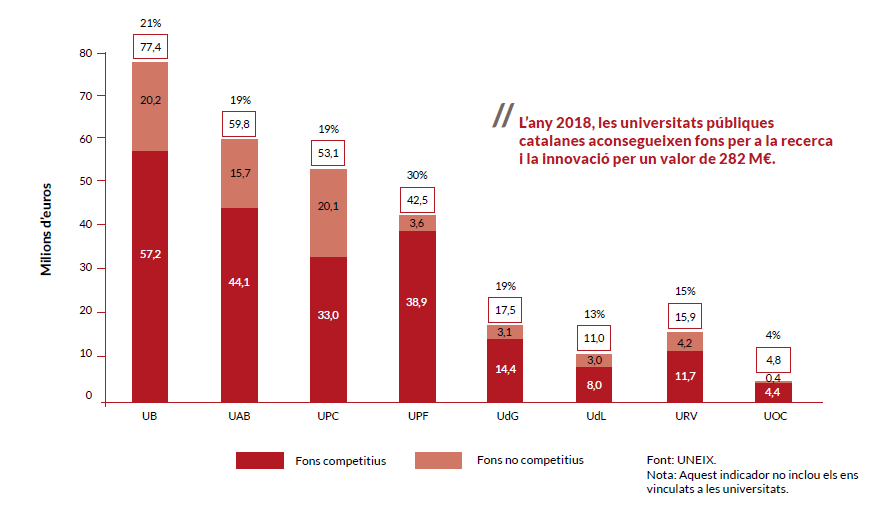 With regard to scientific output, the report also shows that the Catalan universities maintain an average of publications per full-time doctor researcher (1.68) higher than the State average (0.94). With regard to its quality, measured through standardized average impact, in the period 2013-2017, four Catalan universities were among the five best in the State in a list topped by UPF, with a standardized average impact of 1.80 (Figure 3).

Graph 3. Spanish universities according to impact and scientific output 2013-2017. 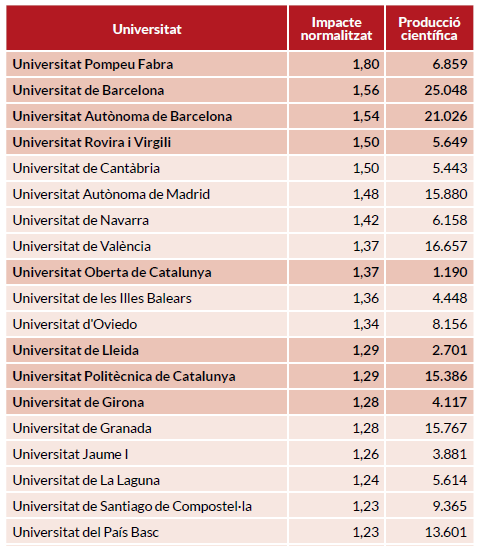 “The excellent data from UPF are the result of the effort and dedication of all those who do research and transfer knowledge at the University and all those who provide them with technical support and are of great merit, given the financial constraints and the administrative complexity affecting research and innovation activities”, according to Enric Vallduví, vice-rector for projects in research, who adds that “it is a great satisfaction for all those involved to see how research and innovation contribute to the success and promotion of the University, while as an institution, we make a significant contribution to the good positioning of the Catalan research system in Europe and in Spain”.

The report was presented by María José Figueres, ACUP chair and rector of the URV; Carme Verdaguer, director of the Bosch i Gimpera Foundation, and Cristina Borràs, director of the Internationalization Area of the Agency for Management of University and Research Grants (AGAUR).