Business and Economics is ranked 53rd in the world, and Law, a newcomer to the standings, is 72nd, while at European level they come 16th and 33rd, respectively. In addition to these two areas, the University scores for Arts and Humanities and Social Sciences (both in the 126-150 bracket), Engineering (176-200), and Clinical, Pre-clinical and Health (201-250). 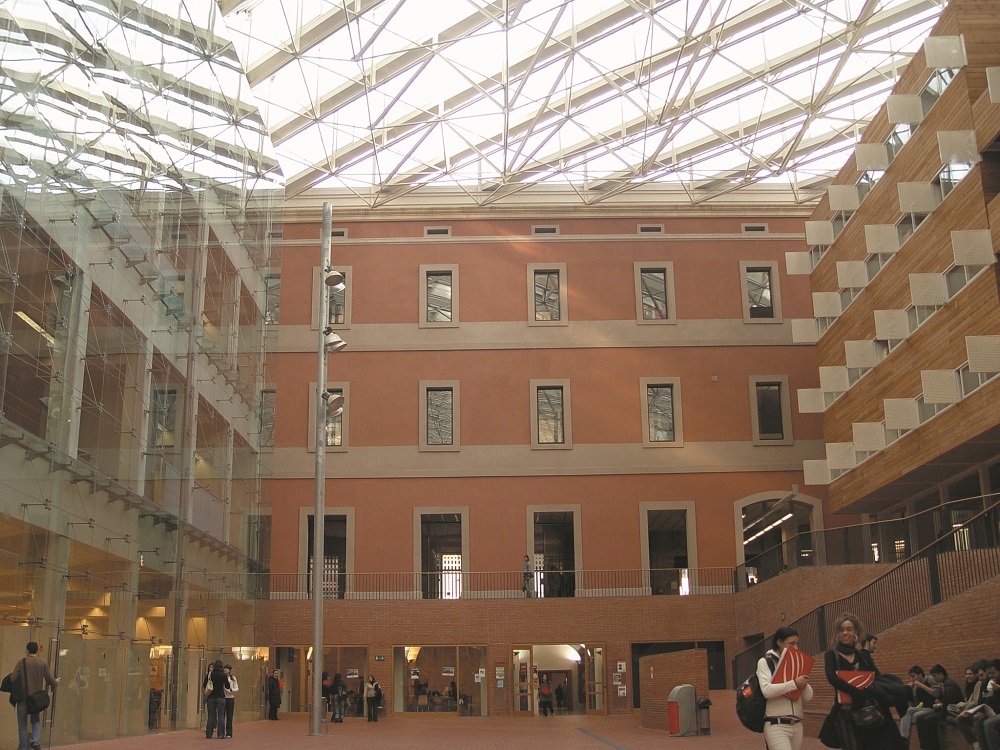 Times Higher Education (THE) has recently published the World University Rankings 2021 by Subject, a classification including a total of eleven areas, for which it classifies the best universities around the world that teach them. UPF is included in six of the eleven areas, one more than in the previous edition, that is, more than half of the eleven belonging to the classification: Business and Economics (in 53rd place), Law (72nd), Arts and Humanities and Social Sciences (in the 126-150 bracket), Engineering and Technology (176-200 bracket) and Clinical and Health (201-250 bracket).

UPF is included in six of the eleven areas of the ranking, one more than in the previous edition.

The field of Law stands out, for which UPF appears in the ranking for the first time, coming 72nd in the world, 33rd in Europe, and second in Spain, behind the University of Navarra. Business and Economics continues to be the area for which UPF appears best positioned, 53rd in the world (falling slightly compared to last year, when it achieved 46th position), 16th in Europe, and first in Spain.

In the fields of Social Sciences and Art and Humanities, UPF remains for both in the 126-150 bracket, which it achieved last year, putting the University in second and fourth place in Spain and in 64th and 71st in Europe, respectively.

With regard to Engineering and Technology, placed in the 176-200 bracket the University has fallen one bracket compared to the previous edition (when it achieved the 126-150 range), but remains first in Spain, while in Europe it now occupies 60th position. Finally, in the field of Clinical, Pre-clinical and Health, the University continues in the 201-250 bracket, coming 93rd in Europe and sixth in Spain.

The methodology used in this list focuses on the same thirteen performance indicators as the overall THE ranking (in its latest edition, UPF came 152nd), spread across five major areas. The relative scores of the indicators has been readjusted to adapt to the various disciplines, and is different depending on each of the eleven areas: Teaching (range between 27.5 and 37.4%); Research (between 27.5 and 37.6%); Citations (between 25 and 35%), International outlook (between 7.5 and 9%) and Industry income (between 2.5 and 5%).

US and British institutions lead the way

World University Rankings 2021 by Subject classifies various universities whose number varies depending on the discipline, from Law (224 universities included) to Psychology (1,149 universities). The institutions that lead the different areas are Stanford (USA), with five top places (Arts and Humanities, Business and Economics, Law, Education, and Psychology); Harvard (USA), with two (Engineering and Technology and Health Sciences); Oxford (UK), also with two (Clinical, Pre-clinical and Health, and Computer Science), and finally, MIT and Caltech (both US), come first for Social Sciences and Physical Sciences, respectively.