They are Ignacio Lago, Luigi Pascali and Pol Dalmau, of the departments of Social and Political Sciences, Economics and Business, and Humanities, respectively. Their projects will focus on the impact of the size of countries in political representation; the study of the history of globalization in the 19th century, and the analysis of a field experiment to combat the Mafia in Sicily. 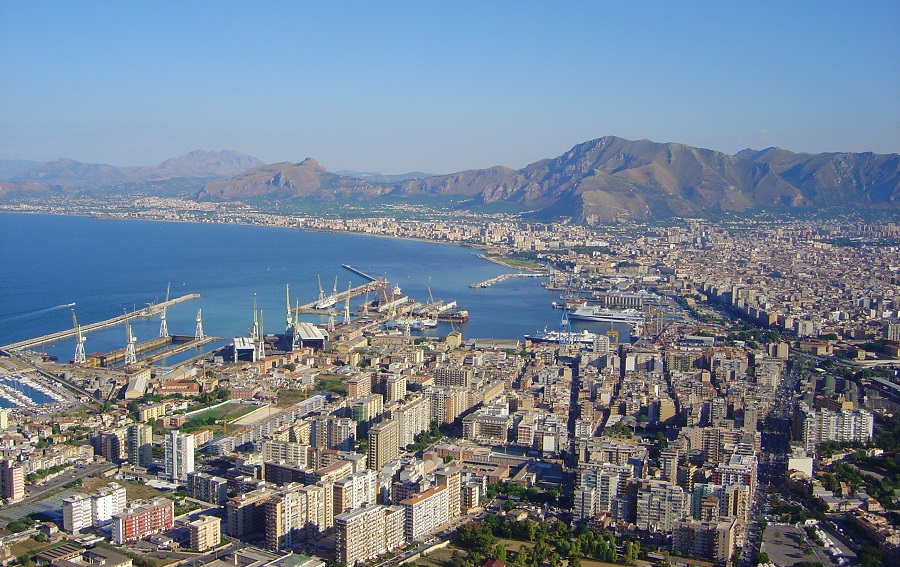 The BBVA Foundation has recently decided the 2020 announcement for Leonardo Grants for Researchers and Cultural Creators, endowed with a total of 2.2 million euros across eleven areas. Their aim is to contribute to generating knowledge in the broadest sense, from basic research and the development of technological applications to philosophical speculation and artistic reflection.

Three researchers from Pompeu Fabra University have been awarded the grant, endowed with between 30,000 and 40,000 euros, which will allow them to develop their innovative project over an 18-month period. In the field of Economics and Social Sciences (Political Science sub-area) Ignacio Lago Peñas, full professor at the Department of Political and Social Sciences and ICREA Academia researcher, with the project “The effect of the size of countries in political representation”, and Luigi Pascali, adjunct professor at the Department of Economics and Business, with "Coordination against the Mafia: experimental evidence of an anti-extorsion policy in Sicily” have been selected.

The three UPF researchers have been chosen from more than 1,600 applications, proof of the high level of call’s competitiveness.

The third UPF professor to receive the grant, in the field of Humanities (History sub-area) is Pol Dalmau, a Juan de la Cierva postdoctoral researcher at the Department of Humanities, with the project “A free Catholic France in the South Pacific. Colonialism, utopias and global history in the nineteenth century”. The three are among 59 researchers chosen from more than 1,600 applications, proof of the high level of competitiveness of this year’s call.

In his research, Ignacio Lago Peñas will argue that the causal mechanism explaining the political effects of the size of countries is the interaction between higher communication costs in large countries and technological development that reduces them or causes such costs to disappear. In his opinion, the heterogeneity of election results increases the bigger a country is whose technological development (communications) is scarce. This is due to the fact that information on the decisions of the national government and administration available to voters and local politicians will be lower the further a territory is from the capital. In other words, the larger a country’s size and the lower its technological development, the more territorial heterogeneity of political information.

Ignacio Lago will argue that the larger a country’s size and the lower its technological development, the more territorial heterogeneity of political information.

Professor Lago will attempt to prove three hypotheses, which are enhanced by limited technological development: first, that the greater the geographical distance between a district and the capital, the lower the electoral turnout; secondly, the bigger a country is, the more disparate the election results will be for left- and right-wing parties between districts; and thirdly, the bigger a country, the lower its level of electoral nationalization.

“From the political point of view, this project will enable making recommendations on how to organize elections in large countries to achieve greater nationalization or less variation in levels of voter turnout within the country”, Ignacio Lago asserts.

How to promote coordination between Sicilian companies against Mafia extortion

The most visible aspect of the Mafia in the Sicilian economic environment is the “pizzo”, a slang term for protecting the money paid to the Mafia through extortion. Recent estimates show that more than two thirds of Sicilian businesses pay the “pizzo”: average monthly payment is about 880 euros (higher than the average tax burden).

The research by Luigi Pascali will analyse why these companies are not able to coordinate and jointly refuse to pay the “pizzo” (and what prevents them from doing so), considering that, although the Mafia threatens with retaliation in the event of default, the cost of retaliation increases if at the same time the number of defaulting companies increases: the more companies who refuse to pay, the lower the risk to the entrepreneurs.

Luigi Pascali’s research will analyse why Sicilian businesses are not able to coordinate jointly and refuse to pay the “pizzo”.

The main goal of the project is to provide policy indicators through a field experiment. “We will test and evaluate the effectiveness of a policy designed to increase the general confidence level of entrepreneurs and, through this channel, we will induce them to express themselves when it comes to refusing to pay the “pizzo” and reduce the social acceptance of such a practice”, Luigi Pascali asserts.

For this purpose, his research will focus on a unique phenomenon of rebellion that has emerged in Italy: the creation of Addiopizzo, an NGO that unites companies that voluntarily and collectively refuse to pay this money to the Mafia.

The goal of the research led by Pol Dalmau is to study the history of globalization in the nineteenth century, from a microhistorical approach and through the use of primary sources in five countries. To do so, the Juan de la Cierva researcher at the Department of Humanities will examine the founding of a utopian colony in the South Pacific, which attracted a large number of European families under the promise of creating a new Arcadia inspired by the values of the Old Regime and Catholicism.

Pol Dalmau will use a microhistorical approach and consult several archives in Europe, Asia and the Pacific.

In a context marked by growing disputes between the Church and the State, the new colony become the epicentre of strong pan-European controversy between the Catholic and the progressive sectors, in which Barcelona played a central role as a starting point for four transoceanic expeditions.

“The BBVA grant will allow us to consult various archives in Europe, Asia and the Pacific, with the aim of analysing the interdependent processes created by nineteenth-century globalization and its impact on the local societies”, Pol Dalmau asserts.

The 2020 announcement of the Leonardo Grants by the BBVA Foundation has been decided by the evaluation committees in eleven different areas of knowledge: Basic Sciences; Biology, Environmental and Earth Sciences; Biomedicine; Information and Communication Technologies; Engineering and Architecture; Economy and Society; Communication and Information Sciences; Humanities; Plastic Arts and Digital Art; Music and Opera; Literature and Theatre.

These grants are intended to provide direct support to the personal projects of researchers and cultural creators, aged between 30 and 45 years, at intermediate stages of their careers, characterized by highly innovative scientific, technological or cultural output. The specific purpose of the grant, each endowed with between 30,000 and 40,000 euros, allows great flexibility, adapting to the specific needs of each project.