Fernando Guirao, in a book, analyses how the European Communities assisted in the consolidation of the Franco regime

Fernando Guirao, in a book, analyses how the European Communities assisted in the consolidation of the Franco regime

In The European Rescue of the Franco Regime, 1950-1975, published by Oxford University Press, the Jean Monnet chair in History at UPF explains how the governments of the founding members of the European Coal and Steel Community and the European Economic Community implemented a series of political and economic measures that contributed to securing Franco’s rule. 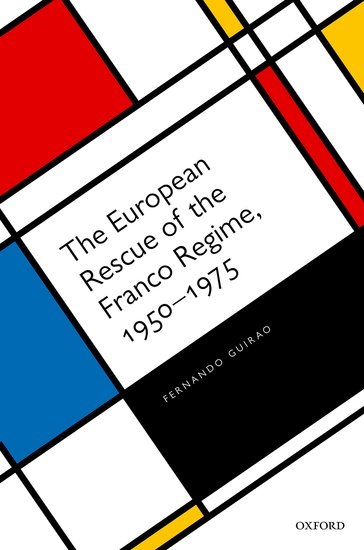 Fernando Guirao, a Jean Monnet chair in History at the UPF Department of Economics and Business and deputy director of the Barcelona Center for European Studies (BACES), a centre hosted by the University and created by the European Commission in 2019, is the author of the book The European Rescue of the Franco Regime, 1950-1975, published by Oxford University Press. The work shows that without unremitting material assistance from Western Europe, it would have been considerably more challenging for the Franco regime to attain the stability that enabled the dictator to remain in power until he died at the age of 82.

The author demonstrates that trade with the group of six improved Spain’s overall economic performance which, at the same time, secured Franco’s rule.

The book examines how the governments of the founding members of the European Coal and Steel Community (ECSC) and the European Economic Community (EEC), acting collectively through the European Communities, assisted in the consolidation of the Franco regime. The group of the six founding countries (Belgium, France, Germany, Italy, Luxembourg and the Netherlands), which in 1972 extended to nine (with the addition of Denmark, Ireland and the United Kingdom) implemented a series of measures that facilitated the subsistence of the Franco regime.

Fernando Guirao demonstrates that trade with the Six improved Spain’s overall economic performance which in turn secured Franco’s rule. “The Franco regime was never threatened by European integration and the Six/Nine were able to isolate meaningful Community negotiations with Spain from the mounting political unrest that the repressive political nature of the Franco regime generated in the European public opinion”, Fernando Guirao assures.

Neither the ECSC or the EEC posed any obstacle to the stable supply of essential raw materials and capital goods as of 1950. In addition, the trade agreement between Spain and the EEC, signed in Luxembourg in June 1970, known as the Preferential Agreement, guaranteed outlet markets for the country’s main exports, a guarantee that was upheld despite Spain’s systematic failure to meet its legal and political obligations. Through these mechanisms, the European Communities helped Spanish economic development and supported the stabilization of the undemocratic political system that governed Spain.

The book is divided into three parts that include a total of eight chapters, in addition to an introduction and a final section. The first part, “Sectoral integration in Western Europe, 1950-55”, discusses Spain’s heavy industry supply and Franco’s Spain at the origins of the European Agricultural Community. The second part, “The EEC: Challenge and response, 1955-70”, explains the position of the EEC vis-à-vis the Franco regime and the gestational process of the 1970 Agreement with Spain and how they were justified to the public. The third part, “Franco Spain in the European system of trade preference, 1970-75”, analyses the attempt by Spain to expand unilateral preferences and the European attempt to topple Spain’s industrial protection.

With his work, Fernando Guirao aims to draw public attention to the current behaviour of the European Union regarding unliberal democracies, both neighbouring and within its borders.

The author explains that with his work, he also aims to draw public attention to the current behaviour of the European Union regarding unliberal democracies, both neighbouring and within its borders: “Forceful denouncements just to satisfy the public opinion are not enough, but measures must implemented to steer them in practice towards forms of less repression of fundamental rights and greater representation of the diversity of democratic sensibilities. The lack of current success is rooted in distorted analysis of the behaviour of the European Communities towards the authoritarian regimes of the nineteen sixties and seventies”, Fernando Guirao reflects.