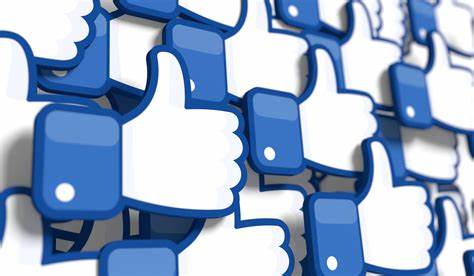 Three of the five researchers selected in the 2019 call for therecently awarded BBVA Foundation Grants for Scientific Research Teams in Economy and Digital Society,for which there were 94 applications, are linked to Pompeu Fabra University.

In addition to the field of Economy and Digital Society, for which the projects are endowed with 75,000 euros and have a duration of two years, other areas pertaining to the call (which selected a total of 25 proposals) are Biomedicine, Ecology and Conservation Biology, Digital Humanities, and Big Data.

Regarding the project of the Department of Political and Social Sciences, it will be led by Mariano Torcal, director of the Research and Expertise Centre for Survey Methodology (RECSM-UPF), under the title “El triángulo de polarización, confianza política y comunicación políticas: comprendiendo sus dinámicas en las democracias contemporáneas”(The triangle of polarization, political trustandpolitical communication: understanding its dynamics in contemporary democracies) (TRI-POL).

The 2019 Grants to Scientific Research Teams, funded by the BBVA Foundation, seeks to recognize cutting-edge projects. It aims to promote scientific research and its projection to society as a way to expand individual and collective opportunities and effectively address the challenges of the twenty-first century.

What can be done to prevent the anti-competitive effects of the major digital platforms?

With the “Digital platforms” project, Massimo Motta starts from the premise that for consumers, enterprise, and society at large to benefit from the opportunities brought by digital transformation, it is essential for digital markets to be competitive.

“The aim of the project is to advance in the design and implementation of competition policies and regulation”.

However, there is growing concern about the possibility that some digital companies, through various commercial strategies (such as the mass acquisition of small businesses or the systematic imitation of the products of business rivals) may exercise market power thus reducing competition and delaying product innovation and the introduction of new products.

“The goal of the project, which will investigate these potential anticompetitive effects, is to advance in the design and implementation of competitionpolicies and regulation, in order to promote the proper functioning of digital markets”, Massimo Motta assures. The research team also involves Sandro Shelegia (Pompeu Fabra University); Chiara Fumagalli (Bocconi University); and Heski Bar-Isaac (University of Toronto).

What influence does ‘feedback’ on social networks have on attitudes and behaviours?

The “Feedonline” project, led by Daniel Navarro Martínez, is framed in the fact that every day millions of people send content in social networks. Often, this content is followed by feedback received by the people who send it. This feedback may be quantitative (such as the number of “likes” or “re-tweets”) or qualitative (such as comments on the content).

“Dynamics such as the polarization of attitudes prevent communication between social groups, are a source of great conflict and are associated to high costs to society”.

The current understanding of the effects of this feedback on the formation and propagation of attitudes is very limited. The project, which seeks to fill this gap, will study how the feedback received by people in social networks affects their attitudes and behaviour and, in turn, leads to phenomena such as polarization and extremism.

“This research is crucial because dynamics such as the polarization of attitudes prevent communication between social groups are a source of great conflict and are associated to high costs to society. If the project is successful, it could provide the bases for new policies that promote social harmony”, Daniel Navarro Martínez assures.

The research team is completed by Gael Le Mens and  Mikhail Spektor (Department of Economics and Business at UPF) and Jordi Quoidbach (ESADE Business School).

How does political and social polarization affect current democracies?

The “TRI-POL” project, of which Mariano Torcal is the principal investigator, echoes the fact that current democratic societies have been affected in recent years by an increasing process of polarization between the different groups that make them up. This process has involved certain discriminatory elements of identity that have gradually generated increasingly opposed societies that feed back within their own public spaces of information and debate.

“The study focuses on the triangle of interactive relations between citizens’ affective political and social polarization, distrust of the main institutions and actors of political representation, and the communication of the political elites”.

This is added to by the growing deterioration of the institutions of democratic representation and of the civil society, and the use by all elites of polarizing messages, full of simplistic illiberal slogans. Correctly diagnosing the problem and encouraging any solution becomes an essential issue for democratic cohabitation and to solve the problems we will face in the future; even the very survival of our democratic systems.

“This proposal focuses on the study of the triangle of interactive relations between citizens’ affective political and social polarization, distrust of the main institutions and actors of the political representation, and communication of the political elite, from a multidisciplinary approach and applying an innovative methodological design that combines several techniques for collecting and analysing data”, Mariano Torcal asserts.