The study, published in VATT Working Papers, followed the evolution of the health of more than 1.4 million Finnish children during their first 15 years of life. The study shows that the unplanned caesareans increases the risk of asthma, but no causal link has been found with allergies, type 1 diabetes or obesity. 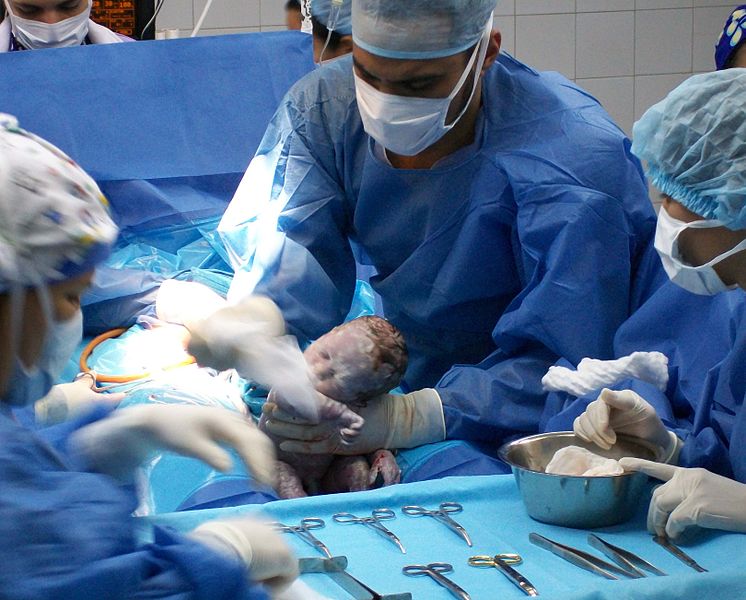 In human development, the transition at birth from fetal to newborn life is an abrupt event that presents major physiological challenges for newborns. There is evidence that many medical interventions at birth are associated with long-term health. Thus, caesarean delivery in low-risk pregnancies (the most common major surgery in many countries) is linked to a variety of both short- and long-term adverse health effects. However, to date, the causal nature of these relationships has received little attention.

In order to advance in this field, an international study by researchers at the Centre for Research in Health and Economics (CRES) at UPF, the Finnish National Institute of Health and Welfare, the University of Turku and the VATT Institute for Economic Research, all three from Finland, shows how some potentially avoidable caesareans could increase the risk of asthma, but not the risk of other immunological diseases previously associated with it.

The study, published in VATT Working Papers, involved Ana Costa-Ramón and Ana Rodríguez-González, CRES-UPF researchers and PhD students of the Department of Economics and Business. “The results we have obtained show that caesarean sections increase the risk of asthma from an early age, but we do not find effects on diseases that several previous studies had associated with C-sections, such as type I diabetes, obesity or allergies”, they say. And they add: “These findings suggest that the effect of C-sections on the development of the immune system is more complex than previously thought”.

The study is innovative in that it seeks to improve on the methodological problems of other existing work on this issue. Comparisons between birth by Caesarean section or vaginal delivery may lead to erroneous conclusions, because if the caesarean was performed for medical reasons, this might be the reason for the worse future health and not the fact of having been born by caesarean section.

The researchers estimate the impact of (unplanned) caesarean birth on children’s health, using administrative data from hospital deliveries and records, which have allowed monitoring the evolution of the health of more than 1.4 million Finnish children (all born in Finland between 1990 and 2014) from birth to adolescence (in the case of those born before 2000). “The main innovation of our work is that it seeks to identify the effect of caesarean section separately from other differences between children born by caesarean section and children born by normal delivery”, explains Ana Rodríguez-González.

To achieve this, they implemented two different methods: first, to move away from caesareans responding to a clear medical indication, they examined the variation in the demand for leisure time by physicians. This revealed that the likelihood of unplanned caesareans increases substantially during normal working hours (8 am to 4 pm) on weekdays before a public holiday or weekend. “The data show that during the days preceding public holidays, physicians make greater use of discretionary diagnosis as justification for caesarean section”, says Ana Costa-Ramón.

Moreover, to verify their results and better understand the causal effect of caesarean sections, the researchers supplemented their estimates using a model that compared the health differences between siblings born differently (caesarean section or natural birth).

It should be noted that according to the OECD, Finland has one of the lowest rates of caesareans in the world, so in other countries with higher rates of medical intervention during childbirth, there could be yet more variation in the practice of caesareans in dubious cases.