If you could save the lives of five people by pushing another in front of a train to their death, would you? And would there be any difference if this choice was presented in a language you speak but is not your mother tongue?

These are the main questions that an international team of psychologists from the University of Chicago, the University of Utah and Pompeu Fabra University have posed in a study published in August in the journal Psychological Science. And the answers they found are surprising: individuals who are faced with this dilemma while communicating in a foreign language are far more willing to sacrifice the person that those who use their mother tongue.

“Until now, those of us who are devoted to this field of knowledge have described how the use of a foreign language affects the way we think”, explains Boaz Keysar, professor of psychology at the University of Chicago. “We always had some kind of explanation, but it wasn’t tested directly. This is actually the first article that explains why it happens, with proof”.

Through a series of experiments, the researchers explored whether the decision that people took in the train dilemma was due to a reduction in their emotional aversion to breaking rooted taboo, to an increase in the deliberation that is believed to be associated with a utilitarian sense of maximizing the greatest benefit in specific circumstances, or a combination of the two.

“We discovered that people who used a foreign language were not more concerned with maximizing the benefit”, says the main author Sayuri Hayakawa, a doctoral student of psychology. “Rather they have less aversion to violating the taboos that could interfere with the decision-making process, maximizing utility”.

The team of researchers, including Albert Costa and Joanna Corey, of the Center for Brain and Cognition (CBC) at the UPF Department of Information and Communication Technologies (DTIC), propose that the use of a foreign language provides people with an emotional distance that allows them to take a more utilitarian actions.

Studies from around the world suggest that the use of a foreign language makes people more utilitarian. Speaking a foreign language halts you and requires that you concentrate to understand. The scientists posed the hypothesis that the result is a more deliberative mood that makes the utilitarian benefit of saving five lives overcome the aversion to push a person to their death.

But Keysar’s own experience of speaking a foreign language (English) gave him the feeling that emotion was important. English did not have the same visceral resonance for him as his native Hebrew. It was not so closely tied to emotion, a feeling shared by many bilingual speakers and corroborated by numerous laboratory studies.

“Your mother tongue is acquired from your family, your friends, the television”, affirms Hayakawa. “It is infused with all these emotions”. Foreign languages, on the other hand, are often learned later in the classroom, and cannot activate feelings, including aversive ones, so intensely. 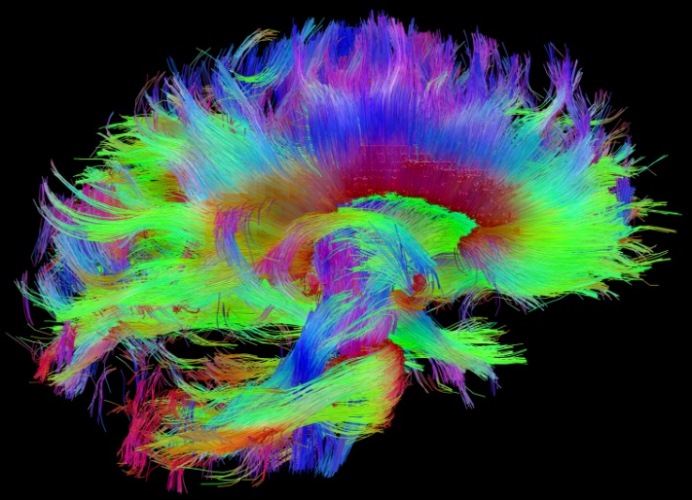 The problem is that the “more utilitarian” or “less emotional” process would produce the same behaviour. To help find out what was really responsible, the psychologists worked with David Tannenbaum, a post-doctoral researcher at the University of Chicago Booth School of Business at the time of the research, now an assistant professor at the University of Utah.

Tannenbaum is an expert in a technique called process dissociation which allows the researchers to ascertain and measure the relative importance of different factors in a decision process. For the study, the researchers conducted six separate studies with six groups of different people, including native speakers of English, German and Spanish. Each also spoke one of the other languages, so that all possible combinations were equally represented. Each person was assigned at random to use their mother tongue or a second language during the experiment.

The participants had to read a series of scenarios that varied systematically. For example, instead of killing a person to save five people from death, they might be asked if they would kill them to save five people with minor injuries. The taboo act of killing the person is the same, but the consequences vary.

“If you have enough paired scenarios you can start to calibrate which are the factors to which people are paying more attention”, says Hayakawa. “We have seen that people who used a foreign language were not paying more attention to the lives saved, but definitely had less aversion to breaking this type of rules. Therefore, “if one asks oneself the classic question: Is it the head or the heart?, it seems that the foreign language reaches the heart”.

Based on this, the team of researchers will now study why this behaviour occurs. Does the use of a foreign language hinder the mental visualization of the consequences of people’s actions, contributing to their greater willingness to make the sacrifice? And do they create fewer mental images due to the differences in how the use of a foreign language affects the memories that come to mind?

The researchers are also considering investigating whether their laboratory results are applicable in real-world situations where the stakes are high. A study that Keysar’s team is starting in Israel examines whether the parties to a peace negotiation assess the same proposal differently depending on whether they see it in their own language or in the language of their negotiating partner. They also want to know if language can be considered useful in the decisions made by doctors who speak a foreign language.

In the same vein, Albert Costa and his team at UPF are evaluating whether the language context can affect real decisions about food and, therefore, help to promote healthier diets. According to Costa, “this line of research is highly relevant in the current globalized world where millions of people use a foreign language on a daily basis” and “maybe the context of language can be used to push people to take better decisions”.