How might the study of the origin of agriculture in the Indus Valley help with adaptation to current climate change?

How might the study of the origin of agriculture in the Indus Valley help with adaptation to current climate change?

This is one of the many lines of research that come under the umbrella of JASPAR, an archaeological initiative involving several organizations from Spain, Pakistan and Japan. The CaSES research group, of the Department of Humanities at UPF, is the only group in the Spanish state participating, coordinating the RAINDROPS and ModAgro projects. 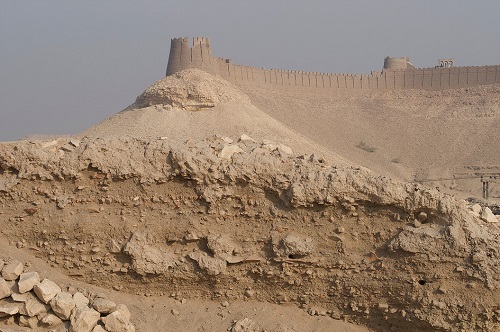 JASPAR (acronym for the Japan-Spain-Pakistan Archaeological Research Initiative) is a research initiative in archaeology being carried out in the region of Sindh (Pakistan), consisting of different projects interested in studying the paleo-environment, archaeology and ethnoarchaeology of the area. Its first season has already finished, with many advances in various fields, both in locating suitable sites and finding samples for analysis. 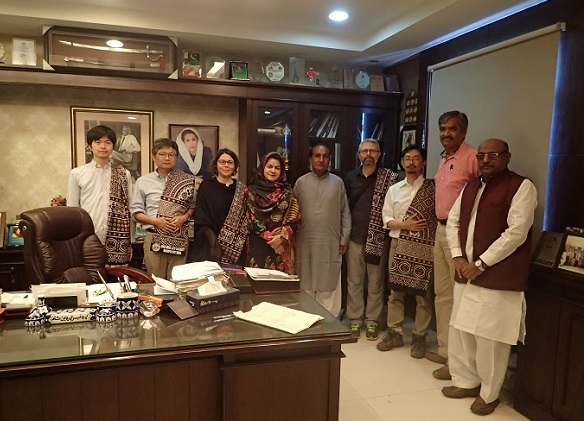 UPF is one of the signatories of the agreement to develop JASPAR, jointly with the Shah Abdul Latif University (SALU, Khairpur, Sindh), and two NGOs: the Endowment Fund Trust for the Preservation of the Heritage of Sindh and the Japanese Centre for South Asian Cultural Heritage, JCSACH, Tokyo, Japan).

The JASPAR initiative, which is supported by the Government of the province of Sindh, covers different fields, from the study since the first humans (PaleoAsia project, promoted by a Japanese research group) to the study of the Harappa civilization and of the Indus Valley (RAINDROPS and ModAgro projects), all in collaboration with local institutions and inhabitants of the region.

The members of the Complexity and Socio-Ecological Dynamics (CaSES research group of the Department of Humanities, Marco Madella, ICREA-UPF research professor, and Carla Lancelotti, principal investigator of the ERC Starting Grant RAINDROPS project are participating in JASPAR as coordinators of the ModAgro and RAINDROPS projects, respectively. CaSES is the only research group in the Spanish state taking part in this international collaboration.

”The Sindth region has an incredibly rich heritage and this initiative is designed to unlock the fundamental issues in the history of humanity, such as the study of the first modern humans from southern Asia, when and how agriculture emerged, and its development in the region of the Indus Valley”, says Marco Madella.

“At the same time, JASPAR will work with the local population to gather traditional knowledge that is currently at risk of disappearing completely from Sindh cultural heritage and use it to understand past human dynamics, such as irrigation in dry areas or the use of plant and animal resources and their processing”, highlights Marco Madella. 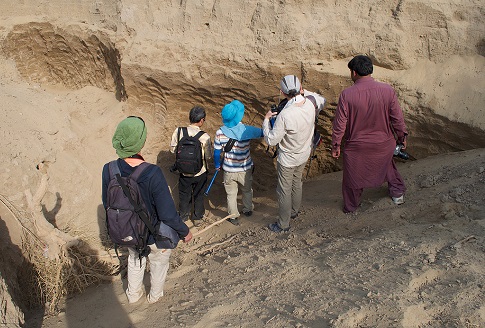 The ModAgro project focuses on analysing the beginnings of agriculture in the central Indus valley, and so the main purpose of this first phase of the project is to find suitable archaeological sites dating from the late fourth and early third millennia BC (Kot Dijjian or Harappa), to obtain good archaeobotanic data and materials.

A team consisting of Marco Madella and Carla Lancelotti, members of the CaSES research group, together with Pakistani researchers G. Veesar, T. Abro and A. Amin and the Japanese H. Kitagava, A. Noguchi and  T. Miki, have visited a series of archaeological sites in the area of Rohiri  Hills, the Thar desert and the main valley of the Indus.

The purpose of these visits has been to assess the preservation of different places and plan the first samples and archaeological digs to be carried out during the coming season. One of the prominent settlements that will be studied is the area of Kot Diji, one of the most important pre-urban settlements of southern Asia.

Marco Madella stresses the importance of this project also in the field of climate: “Part of the goals of ModAgrO, in collaboration with the PaleoAsia group, is to understand the climate and environmental dynamics of the last 10,000 years in this area. To do so, we have explored a set of environmental sections (quaternary alluvial deposits) of the alluvial plain of the Indus River, which are fundamental in order to understand the climate change that took place in this area, as well as the expansion and contraction of one of Asia’s biggest deserts, the Thar”.

”This region underwent a period of strong desertification, which began to affect southern Asia some 6,000 years ago. The Harappa civilization and its human settlements, far from suffering a regressive dynamics, adapted perfectly, with the growth of large cities, commercial exchanges and splendour. Our hypothesis is that this was made possible due to the increase in agricultural productivity, which involved the use of manure as a fertilizer and the diversification of farmed areas. This may help us understand how we can deal with the climate change that is taking place today, which looks like it will only get worse”.

Seeking suitable sites to carry out the ethnoarchaeological work 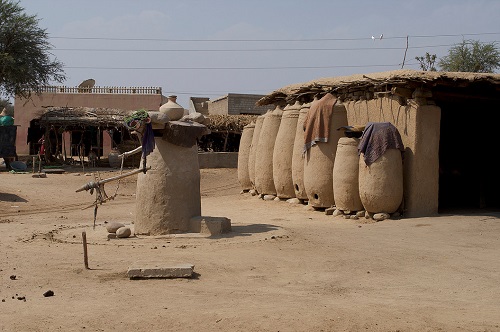 With regard to the RAINDROPS project, the fieldwork that has already been carried out in the first season has sought to establish contacts with local villages, to find suitable places in which to carry out JASPAR’s ethnoarchaeological task. Specifically, the aim is to study non-irrigated traditional agriculture of winter and summer crops by creating models that serve to interpret the farming techniques of the Harappa civilization.

“It has not been an easy task, because the entire area is currently irrigated, with hundreds of kilometres of channels that come from of the Sukkur dam, to the Indus River, and cross the landscape, creating a very fertile plain, with crops of wheat, oats and palm dates. It is impressive to see it, with green fields of wheat, nestled between high sand dunes”.

Finally, however, the researchers found what they were looking for: “The last day we visited the perfect place to hold interviews for the project. We found an amazing village, located in the immediate vicinity of the Kirthar range (to the west and near Baloochistan province) where people farm rain-fed sorghum and other millets. The inhabitants of the village were incredibly welcoming and opened the doors of their homes. We made sure that the project will be well received in order to perform ethnographic work over the next few years. This is the warm hospitality typical of southern Asia!”, concludes Marco Madella.