Back Cell autophagy, a key process in the muscle regeneration during aging

Autophagy is the process that keeps the internal balance of proteins and organelles in the cells. It is an internal cleaning system for removing damaged cellular products and avoiding the accumulation of toxic waste, acting as a “quality controller”. 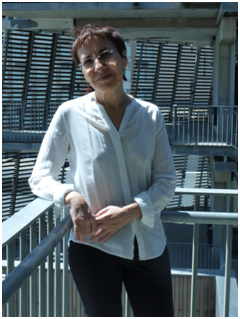 The ability for skeletal muscle to regenerate depends on its stem cells, known as satellite cells, which are found in a resting state (quiescence) and are activated when damage occurs to the tissues. In tissues with little turnover, as is the case of skeletal muscle, this state of reversible quiescence  is the normal state throughout one’s lifetime. However, recent studies show that at geriatric ages, the normal resting state of the stem cells is substituted by a state of irreversible senescence, which results in a numerical and functional decrease in these satellite cells and a failure in muscle regeneration.

Although the mechanisms responsible for maintaining this quiescence, the preservation of the “bag” of stem cells, and the prevention of senescence during an individual’s lifetime remain unknown, research published in Nature coordinated by Pura Muñoz Cánoves, ICREA researcher and leader of the Cell Biology Unit at the Department of Experimental and Health Sciences (DCEXS) and CIBERNED member, has revealed the key role that autophagy, the mechanism by which cells are cleaned of toxic waste (damaged proteins and organelles) and maintain their internal equilibrium (cell homeostasis), plays in this process.

The study, carried on mice of different ages, demonstrates that satellite cells in young mice are equipped with protecting quality control mechanisms , such as autophagy, that actively repress the senescence programme, thus preserving cell integrity and aptitude.

According to the research, when the process of autophagy fails, aging starts, resulting in an accumulation of damaged proteins and organelles inside stem cells leading to senescence and exhaustion. To demonstrate this, the researchers genetically inhibited autophagy in satellite cells from young mice, which caused the rapid entry into senescence of satellite cells, resulting in muscle regeneration failure.

This work also shows how the restoration of autophagy reverses senescence and restores the regenerative functions of the old satellite cells, which is revealed as a key regulatory element in the death of stem cells and, therefore, as a possible strategy for combating the lack of muscle regeneration in sarcopenia (muscle loss caused by ageing and inactivity).

As Pura Muñoz-Cánoves says, “this work identifies the failure of autophagy as a determining factor of the regenerative capacity in muscle stem cells in the aged”. “As autophagy mechanisms have also been found deregulated in geriatric human muscle cells”, she adds, “these findings open the doors to investigation focused on attenuating the loss of regenerative capacity of the muscle in elderly people, which would give them greater independence and a better quality of life”.