Back Marko Daniel, director of the Joan Miró Foundation, to inaugurate the 2022-2023 academic year at UPF

Marko Daniel, director of the Joan Miró Foundation, to inaugurate the 2022-2023 academic year at UPF

The PhD in Art History and Theory from the University of Essex and former head of public programmes of the Tate Modern and Tate Britain in London, will give the lesson “The colours of our dreams”. The ceremony will take place on 4 October, at noon, in the auditorium of the Poblenou campus, presided by UPF rector Oriol Amat, accompanied by Gemma Geis, Catalan minister for Research and Universities, and Montserrat Vendrell, chair of the UPF Board of Trustees. 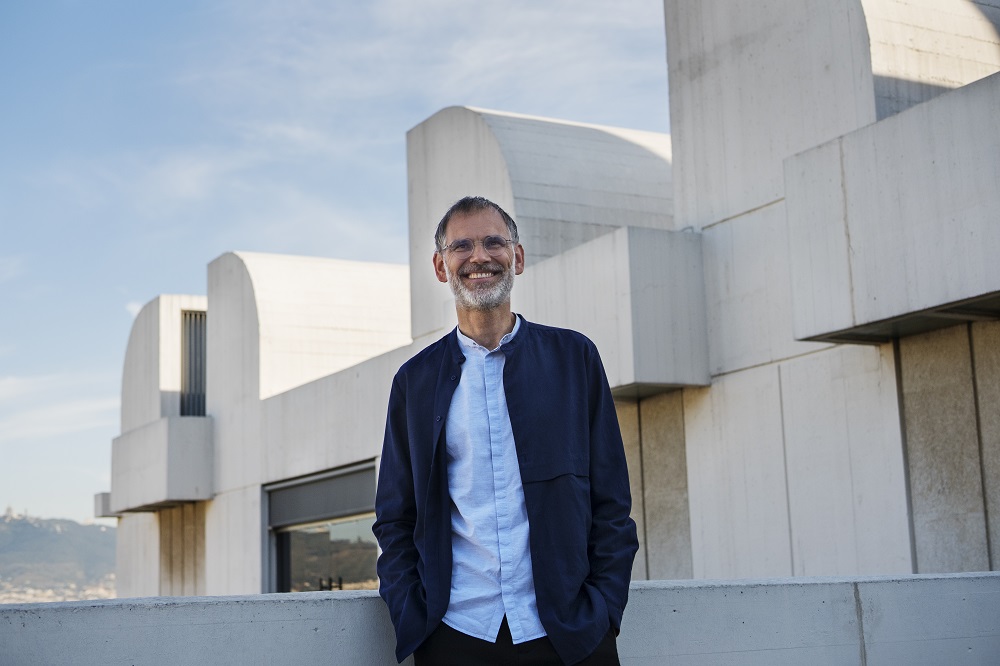 Marko Daniel, director of the Joan Miró Foundation since 2018, former head of public programmes of the Tate Modern and Tate Britain in London, and expert in contemporary Chinese and Catalan art, will deliver the inaugural lesson that will open the 2022-2023 academic year at UPF, titled “The colours of our dreams”.

The opening ceremony will take place on 4 October, at noon, in the auditorium of the Poblenou campus, presided by UPF rector Oriol Amat. He will be accompanied at the table by Gemma Geis, minister for Research and Universities of the Catalan Government, and Montserrat Vendrell, chair of the UPF board of trustees.

The event will include the screening of the video report of the 2021-2022 academic year at UPF, the inaugural lesson, speeches by the authorities, and the performance of Gaudeamus Igitur.

The screening of the videoreport of the 2021-2022 academic year at UPF will open the programme, which will continue with the inaugural lecture by Marko Daniel, and speeches by Montserrat Vendrell, Gemma Geis and Oriol Amat.

The performance of the popular university hymn Gaudeamus igitur by the UPF Choir will close the event, which will be broadcast live on the UPF website and through social networks (#InauguracióUPF), also providing interpretation in Catalan sign language.

An extensive career in academia and museums

Daniel Marko (Aachen, Germany, 1964) holds a degree in Art History and Philosophy from University College London (1988) and is an expert in contemporary Chinese and Catalan art. He received his PhD in Art History and Theory from the University of Essex (1999) with the thesis “Art and Propaganda: The Battle for Cultural Property in the Spanish Civil War”, for which the fieldwork was carried out in Barcelona, thanks to a scholarship from the British Academy.

Daniel has developed his teaching career at the Winchester School of Art of the University of Southampton (1994-2001, lecturer, and 2003-2006, director of the Graduate School), at the Department of Audiovisual Communication at Da Yeh University, and at the Center for Art and Technology at Taipei National University of the Arts, both in Taiwan. Also (since 2009), he has been vice-president and faculty member (since 2006) of the London Consortium, and art and design theory advisor at ELISAVA, the University School of Design and Engineering.

In 2006 he joined the Tate Modern in London as curator of public programmes, and five years later, in 2011, he headed this same area of the two Tate centres in London (Tate Modern and Tate Britain). From his position, he deployed an extensive programme of activities and promoted research into modern and contemporary art, especially Chinese, as part of the institution’s programme.

During his time spent at the London institution, among other exhibition projects, Marko Daniel, together with Matthew Gale and Teresa Montaner, curated the exhibition “Joan Miró. The scale of evasion”, which was on display at the Tate Modern in London, the National Gallery of Art in Washington and the Joan Miró Foundation between 2011 and 2012. Years before, in the 1990s, while working on his doctoral thesis in Barcelona, he discovered the Foundation through the centenary exhibition “Joan Miró 1893-1993”.

A connoisseur of the Catalan, Spanish and international cultural and artistic sector, Marko Daniel is leading the journey of the Joan Miró Foundation towards its 50th anniversary, which will be celebrated in 2025, as the head of a project that seeks to sink its roots into the spirit of Miro’s work and into the founding values of the centre to project itself towards the future.

Together with Oriol Amat, rector of Pompeu Fabra University, in June 2022 Marko Daniel signed an agreement to create the Joan Miró Foundation-UPF Chair of Contemporary Art, an initiative that represents a further step in the collaboration that has linked the two institutions since October 2020.

The inaugural poster for the 2022-2023 academic year, the work of the artist Lúa Coderch 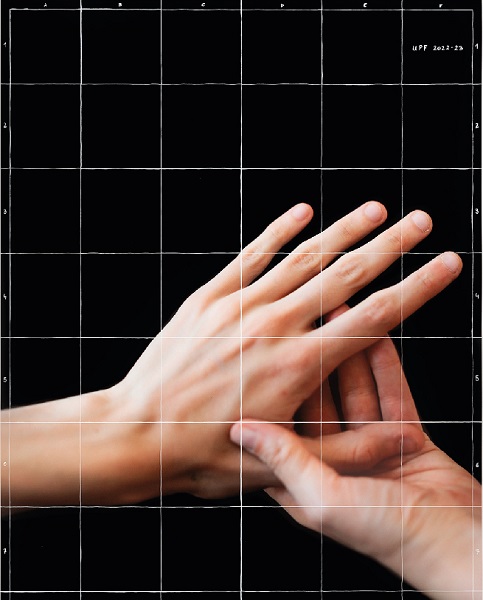 Lúa Coderch (Iquitos, Peru, 1982) is the author of the inaugural poster for the 2022-2023 academic year, to which she attaches a poem she wrote titled “The thumb on the horizon, fingers touching the stars”. A multifaceted artist and a College of Arts & Design Barcelona (BAU) associate professor, she took her master’s degree in Production and Artistic Research and her doctorate in Fine Arts at the University of Barcelona, and she also trained as a sculptor at Escola Massana.

She works in sculptural practices, audiovisual languages and research and experimentation processes in art and design, and she does so by combining narrative and objective practices in videos, performances and installations, which she configures as research devices and in which she articulates the relationship between the superficial, aesthetic and phenomenological dimensions of our common life and the latent philosophical and political implications.

Since 2010, she has exhibited in spaces such as the Chapel of Sant Roc de Valls (2011), the Suñol Foundation and the Joan Miró Foundation of Barcelona (2014), Art Institute Vienna (2017), Centro Cibeles of Madrid (2018) and the Domus Artium in Salamanca (2020). Her works can be found in collections such as MUSAC Centro de Arte Contemporáneo de Castilla y León, Collecció de Arte Contemporáneo Cal Cego, Barcelona, Fundació Lluís Coromina in Banyoles and MACBA de Barcelona.

Some of her works and projects are Vida de O, The Girl With No Door On Her Mouth, As long as summer lasts, Souvenir (Onyx), The Rainbow Statement Night in a Remote Cabin Lit by a Kerosene Lamp, [Shelter] and Echo (together with Julia Múgica, Lluís Nacenta and Iván Paz), which won the ARCO/Beep d’Art Electrònic award (2022).