Josep Blat and Boris Bellalta, professors from the university's Department of Information and Communication Technologies, are the main coordinators and principle researchers of "MAX-R: Mixed Augmented and Extended Reality Media Pipeline". They will be heading up a mainly industry-based consortium, made up of eleven institutions and digital production and post-production companies from five different European countries. They held their first meeting at the Poblenou campus on 6th September 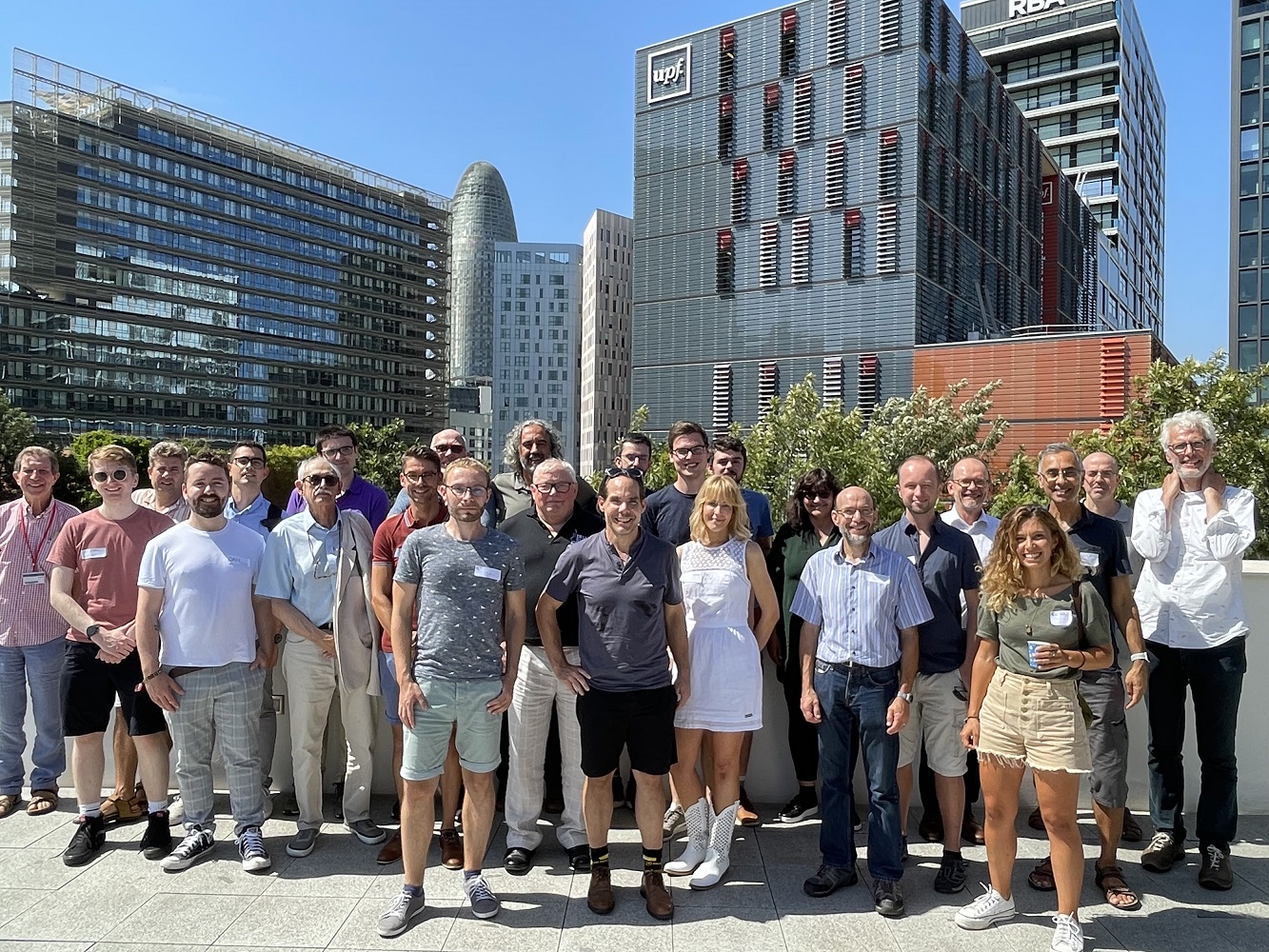 The project falls within the Horizon Europe framework, the European Union's research and innovation programme for the 2021-2027 period (within the 2021 open call "A human-centred and ethical development of digital and industrial technologies"), and got underway on 6th September at UPF's Poblenou campus. In the initial kick-off meeting, representatives of all institutions and companies from the five European countries (Spain, Germany, Belgium, United Kingdom and Ireland) were present.

Josep Blat: "Max-R will develop the tools to make extended reality possible on the large scale required by the metaverse and on-set virtual production, very much in demand in the media industry"

Josep Blat and Boris Bellalta, professors from the Department of Information and Communication Technologies (DTIC-UPF), and directors of the Interactive Technologies research group (GTI) and Wireless Network research group (WN) respectively, are the coordinators and principal researchers of the project, which has a mainly industrial focus: it will be implemented over the next 30 months, with a budget of almost eleven million euros, nine million of which are provided by the European Union.

According to Josep Blat, "MAX-R comes at just the right time , as it will develop the tools which will allow professionals and prosumers (a word combining 'producer' and 'consumer') to make extended reality possible on the large scale required by the metaverse and on-set virtual production, very much in demand in the media industry".

The DTIC professor assures us that "MAX-R can fulfil this promise, as its associates include world-leading developers in the software used in cinema and television production (FilmLight, Foundry, Brainstorm) or in live events (Disguise), and it also involves production associates such as the BBC; Improbable and CREW, who have created the most innovative productions recently".

Boris Bellalta, for his part, has highlighted the contributions that UPF will make to the MAX-R project: "UPF will contribute to 3D graphics and human-computer interaction, developing even more tools like WebXRStudio. Furthermore, we will define and test new technologies in order to distribute XR content to end users, whether at home, at work, or in large mixed-reality spaces with many real and virtual participants".

Carme Buisan, DTIC promoter, has assured us that "the DTIC-UPF has been coordinating European research projects in the digital media field over the last few decades, and can bring a wide experience to this task, as well as its research capabilities in advanced graphics, interactive technologies and wireless networks".

Based on recent research, MAX-R will use application programming interfaces (APIs) and open file formats and data transfer to implement the development and support the integration of new tools in particular, also in open source code. It will drive the progress of virtual production technology, centred on real-time distribution processes, with the intention of supporting creativity and boosting the extended reality ecosystem.

A meeting at UPF to establish the consortium's wide-ranging roles

During the kick-off held at the Poblenou campus, which started with a round of presentations of members and project objectives, the six Work Packages (WP) upon which the project has been built were analysed.

Among the aspects were dealt with were the management structure, components and roles; workflow, XR interfaces and protocols; creation, processing and XR data distribution tools; integration, testing and validation of the pipeline and the XR tools; demonstration and assessment of cases of XR media in use, as well as market exploitation and preparatory planning.