The study, published in Nature Communications, shows a new mechanism whereby viruses modify cellular machinery so that it can better read the instructions in the genome of the invading virus. The results provide a basis for considering tRNA regulation as a novel therapeutic target for the development of antiviral drugs that are effective against multiple viruses. 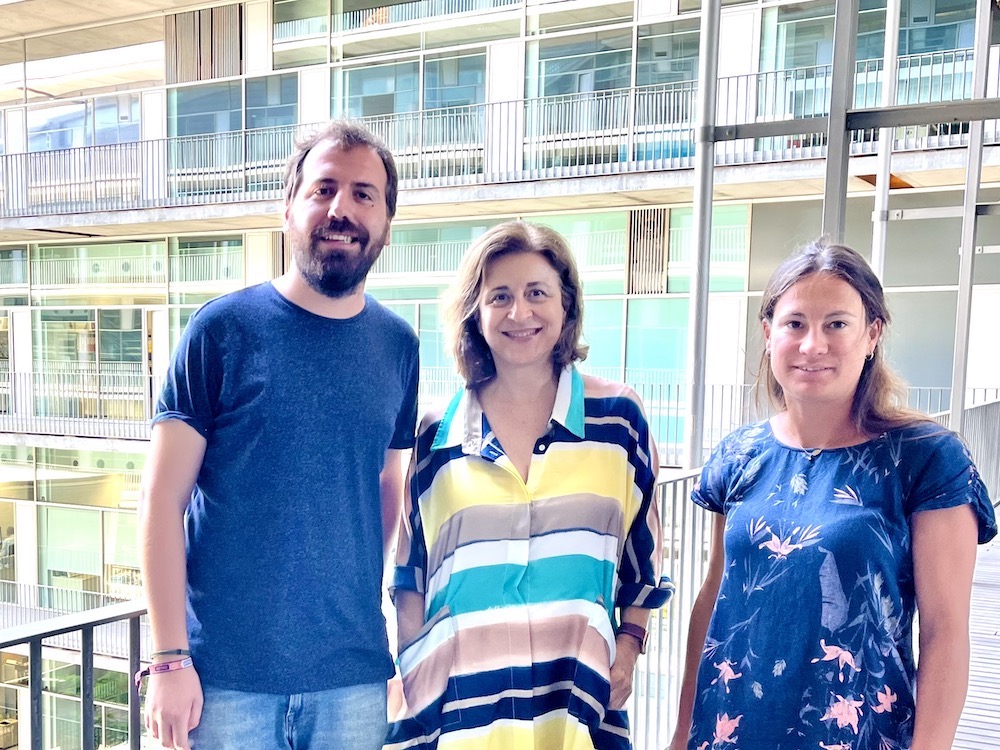 The Molecular Virology Research Group at Pompeu Fabra University (UPF), in collaboration with the Epitranscriptomics and RNA Dynamics group of the Center for Genomic Regulation (CRG), has discovered a new mechanism whereby viruses modify cellular machinery to better read the instructions in the genome of the invading virus and thus produce high amounts of viral progeny. The study has been published in Nature Communications and was led by Juana Díez.

Genes contain the information required for the formation of proteins, complex molecules that are essential for life, formed from amino acids. The reading of this information takes place in two main stages, on the one hand, transcription, in which the information of the gene (DNA) is transferred to a molecule called messenger RNA (mRNA). mRNA consists of a “text” formed by triplets of nucleotides (the letters GCT, CAT, etc.). Each triplet corresponds to an amino acid. The second phase is translation, in which a molecule called transfer RNA (tRNA) recognizes each triplet and acts as a translator by bringing the corresponding amino acid. Proteins are built via this process.

There are 61 codons and 20 amino acids, and so many triplets code for the same amino acid. Each organism preferably uses one of these triplets (optimal triplet) because it has a higher concentration of the tRNA that recognizes that triplet. Thus, when the “text” of the mRNA is enriched in optimal triplets, the proteins will be generated quickly and efficiently whereas when they are enriched in non-optimal triplets, the efficiency of the expression will decrease because the related tRNAs are scarce.

Viruses are very simple and in order to multiply and express their proteins they need to hijack the host’s cellular machinery. Viruses generate their own mRNA in the cells they infect, which the latter read and generate viral proteins to produce more viruses. But the mRNAs of many viruses, including SARS-CoV-2 and viruses transmitted by mosquitoes dengue, zika and chikungunya, are enriched in non-optimal triplets and still express viral proteins with great efficacy. “To address this dilemma, we have used the chikungunya virus as a model because its genome multiplies at extremely high levels”, explain Jennifer Jungfleisch and René Böetcher, co-authors of the study.

“Our findings show for the first time that viruses modify the host tRNA to adapt the host translation machinery to the text of the viral mRNA”, says Marc Talló, also co-author of the article. “In other words, the viral infection induces a change of language in the cell, so that it expresses the viral proteins very efficiently. As viral proteins are essential for the production of viruses, ultimately this change will be responsible for generating high numbers of viruses in the infected cell”, he adds.

“Although the study has focused on the chikungunya virus, our proposal is that the modification of tRNAs induced by viral infection is a general mechanism followed by many viruses”, explains Juana Díez, a full professor with the UPF Department of Medicine and Life Sciences.

“In addition, our results provide a basis for considering tRNA regulation as a new and promising therapeutic target for the development of broad-spectrum antivirals that are effective against multiple viruses”, Díez concludes.

The study has involved the research group coordinated by Eva María Novoa at the CRG, and the other authors are Gemma Pérez-Vilaró and Andres Merits (Institute of Technology, University of Tartu).