Titled “Whose Culture? Cultural Appropriation and Repatriation in Africa”, the session will include a presentation by Ciraj Rassool,  a full professor of History at the University of the Western Cape (South Africa) and a recognized expert in the field, and a debate involving researchers from UPF and from African universities. The event, which will take place on the morning of 1 December in the auditorium of the Mercè Rodoreda building on the Ciutadella campus, will be held in blended format, and will be chaired by the journalist and writer Agus Morales, director of the magazine 5W. 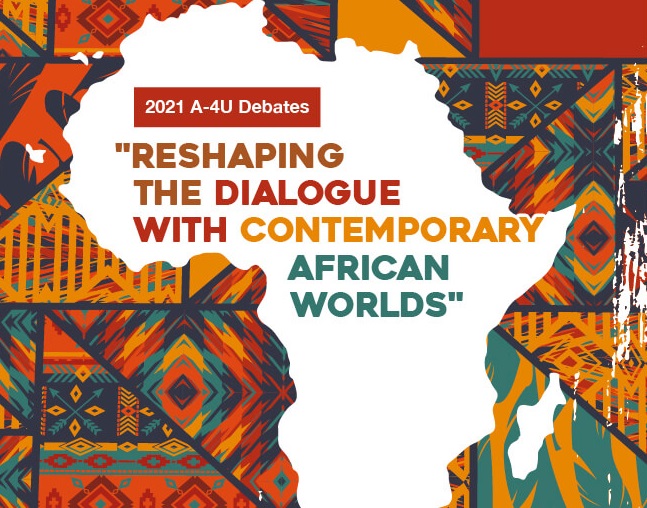 Whose Culture? Cultural Appropriation and Repatriation in Africa is the title of the fourth and last session of the season of debates on contemporary Africa, organized by the Alliance 4 Universities (UAB, UPF, the Autonomous University of Madrid and Carlos III University of Madrid) as part of its internationalization strategy and to consolidate its relations with African universities.

The debate, which closes the season, “Reshaping the Dialogue with Contemporary African Worlds”, will take place on 1 December at 10.30 am, in the auditorium of the Mercè Rodoreda building of the UPF Ciutadella campus, in blended format. It will include the participation of Ciraj Rassool as keynote speaker, to analyse the growing controversy over what to do with the colonial heritage that is preserved in Western museums: the desirability of restituting it, a crucial discussion in heritage and art environments, which nevertheless transcends these spheres, often entering the political plane.

To participate in the session (broadcast live via the A4U YouTube channel), you must first register on the Alliance website, both to attend in person on the UPF campus and if you want to follow it online, on the Zoom platform, after receiving a link for connecting.

The programme for the event will kick off with a welcome by Oriol Amat, UPF rector, which will be followed by a presentation by the session chair, the journalist and writer Agus Morales, director of the magazine 5W and regular contributor to The New York Times.

This will be followed by the keynote speech (10:40 am), entitled “Restitution, the postethnographic and the postmuseum”, to be given virtually by Ciraj Rassool, a professor of History at the University of the Western Cape in South Africa, where he directs the African Programme in Museum and Heritage Studies.

After a break, the second part will consist of a roundtable (11:25 am) involving researchers linked to UPF and African universities, all experts in archaeology and heritage: Stefano Biagetti, a postdoctoral researcher with the Department of Humanities and professor of African Cultural Studies on the UPF bachelor’s degree in Global Studies, with the talk “A nation without a past is a lost nation, and a people without a past is a people without a soul”; Mariella Franzoni, a PhD in Humanities from UPF and an expert in the relationship between curatorship and the contemporary art market, with “Reconfiguring narratives, functions, meanings and values of ethnographic collections, their museums and audience as part of the repatriation process” (both will be speaking in person in the auditorium of the Mercè Rodoreda building).

Representing the African universities will be Malebogo Mvimi, a researcher and professor at the School of Geography, Archaeology and Environmental Studies at the University of the Witwatersrand in Johannesburg (South Africa), who will present “Cultural heritage between local and global knowledge”; and finally, Nancy Rushohora, a professor with the Department of Archaeology and Heritage Studies at the University of Dar es Salaam (Tanzania), with “Beyond Returning: Impact of the Colonial Looting of Africa’s Cultural Heritage”. Ali A. Warsame and Nancy Rushohora will participate online in the debate. Finally, Antoni Luna, UPF vice-rector for Internationalization, will bring the event to a close.

Both at the main conference and in the round table, all speakers will talk about the controversy that highlights the need to expose the polarized positions around the colonial heritage that is preserved in Western museums. The debate will involve academics, activists, and community members. Should objects be returned to their original place to right historical wrongdoings? Should objects be preserved in museums, regardless of the circumstances of their acquisition, in the light of their universal cultural and scientific value? Or should an intermediate position be imposed, upheld by advocates of more relational heritage practices, who favour dialogue and exchange over the distribution of objects?

Summary of the speakers’ expertise and interventions

In addition to his links with the University of the Western Cape in South Africa,  Ciraj Rassool is a member of the Global South Studies Center of the University of Cologne (Germany), of the Scientific Advisory Board of the Luschn Collection (Berlin) and of the Advisory Committee of UNESCO High Level Museums. An expert in the study of museums and heritage, politics of memory and virtual history, his talk will focus on restitution and the new museum model towards which we should be heading. In his opinion, a more profound epistemic change is needed to subvert the paradigm of the traditional ethnographic museum, as it is an institution deeply rooted in the ideological and political economy of colonialism.

Stefano Biagetti, a researcher with the UPF Complexity and Socio-Ecological Dynamics Research Group (CaSEs) and an honorary fellow of the School of Geography, Archaeology and Environmental Studies of the University of the Witwatersrand (Johannesburg), is an African anthropological archaeologist whose research focuses on the study of the profound history of human societies in Africa, especially in arid land environments. His talk will reflect that the current debate on the situation of African cultural heritage cannot be dissociated from a broader and deeper reflection on the role of the continent’s past in the global history of mankind.

Mariella Franzoni, a PhD in Humanities from UPF, has analysed the relationship between curation and the contemporary art market, within the framework of the field of curatorial theory and economics. In her speech, she will explain that the process of restitution will take time to become effective, especially due to lengthy bureaucratic procedures, and to the resistance of some leaders of European institutions. In her opinion, this is such a complex and slow process that restitution alone is not enough to bring about a departure from the supremacy of the narratives and hierarchies of value of Western ethnographic museums: there is a need to encourage and welcome the formation of new museums and curatorial mediation models in Africa to respond to the contingencies of contemporary societies and new readings of history.

Malebogo Mvimi is a researcher and a professor at the School of Geography, Archaeology and Environmental Studies at the University of the Witwatersrand in Johannesburg, South Africa. She is a versatile archaeologist specializing in archaeobotany and is currently conducting her research in Botswana and Namibia. Her research interests include cultural heritage, the use of plants in past and present societies, ethnography, spatial analysis, and environmental evolution in southern Africa from the late Stone Age until the most recent period of the agricultural communities. As an active archaeological consultant, she is accredited by the National Museum of Botswana and currently holds the position of deputy secretary of the Botswana Association of Archaeology Professionals. In her speech, Malebogo Mvimi will reflect on cultural heritage, which lies between local and global knowledge.

Nancy Rushohora, a professor at the Department of Archaeology and Heritage Studies at the University of Dar es Salaam (Tanzania), holds a PhD in Historical Archaeology from the University of Pretoria (South Africa). She is an expert in the archaeology of resistance, trauma, heritage and memory and focuses particularly on the removal and restitution of human remains, a process that may serve as a catalyst for community mourning processes, recovery from wounded identities and cultural heritage. Her speech will focus on the challenges of the repatriation of and reparation for colonial looting and the impact of looting on Tanzania’s descendant communities.

The first season of debates of the Alliance 4 Universities, “Reshaping the Dialogue with Contemporary African Worlds”, which draws to a close at UPF, has been split into four symposia, held between October and December in blended format, coordinated by the different member universities of the Alliance. It includes the participation of teaching and research staff from Africa and Europe to discuss four key issues of the present and future of Africa (one for each session): feminism, migration, climate change and culture.

The four topics of the season, which enjoys the support of ICEX – Spanish Institute of Foreign Trade, aim to highlight the vitality and drive of the African continent in these four specific areas and have been selected for their current impact: African Women on the Move; What can Africa tell us about Migration?; Securing Food Production in a Climate Change Environment, and finally, Whose Culture? Cultural Appropriation and Repatriation in Africa.