The PhD with the Department of Information and Communication Technologies at the University and expert in the application of artificial intelligence for dyslexia will give the lecture “The value of mistakes, in research and in life”. The ceremony will take place on 18 October, at noon, in the auditorium of the Poblenou campus, and will include speeches by Oriol Amat, UPF rector; Gemma Geis, minister for Research and Universities of the Catalan government, and Montserrat Vendrell, chair of the UPF Board of Trustees. 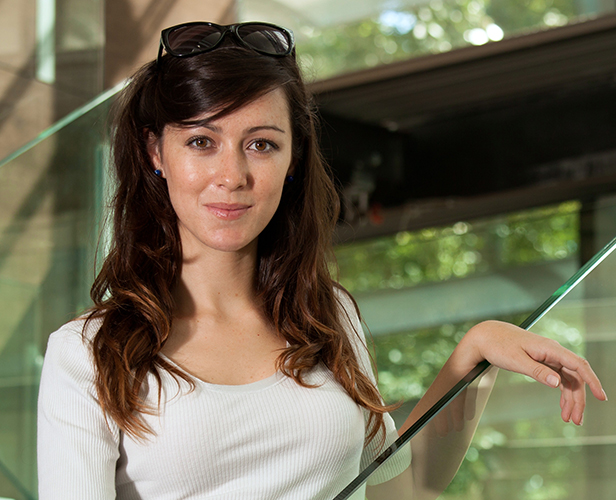 Luz Rello, a PhD in Computational Science from the UPF Department of Information and Communication Technologies (DTIC) and expert in the application of artificial intelligence for dyslexia will give the lecture “The value of mistakes, in research and in life”, thus inaugurating the 2021-2022 academic year at Pompeu Fabra University.

The opening ceremony will take place on 18 October, at noon, in the auditorium of the Poblenou campus, and will be presided over by Oriol Amat, rector of the University. He will be accompanied at the presiding table by Gemma Geis, minister for Research and Universities of the Catalan government; Montserrat Vendrell, chair of the UPF Board of Trustees, and Pere Torra, University general secretary.

The screening of the video report of the 2020-2021 academic year at UPF will open the programme, which will continue with the inaugural lecture by Luz Rello, and the speeches by Montserrat Vendrell, Gemma Geis and Oriol Amat. The performance of the popular university hymn Gaudeamus igitur by the UPF Choir will close the event, which will be broadcast live on the UPF website and through social networks (#InauguracióUPF).

Luz Rello Sánchez  (Madrid, 1984) holds a bachelor’s degree in Linguistics from the Complutense University of Madrid (2008), a master’s degree in Natural Language Processing and Human Language Technology from the UAB and the University of Wolverhampton (2010), and earned her PhD in Computational Science from the UPF Department of Information and Communication Technologies, with her thesis “DysWebxia:  a text accessibility model for people with dyslexia” (2014), supervised by professors Ricardo Baeza Yates and Horacio Saggion.

In 2015 she founded the social company Change Dyslexia, in which she integrated the results of her research into the Dytective computer platform, which has become the most used platform for dyslexia in Spanish

Her research, which focuses on applying artificial intelligence (AI) for dyslexia, has received several awards such as the European Young Researchers’ Award (2013), granted by the Euroscience association; the Princess of Girona Foundation Award (2016), and the Innovators Under 35, convened by the MIT Technology Review (2020).

In 2015 she founded the social company Change Dyslexia, in which she integrated the results of her research into the Dytective computer platform, which has become the most used platform for dyslexia in Spanish: 300,000 people, implemented in hundreds of public schools in Spain. In 2020, this application received the UNESCO King Hamad Bin Isa Al-Khalifa Award for the use of AI in education, and was the first Spanish institution to receive this recognition.

Luz Rello is currently a lecturer with the Department of Information Systems and Technology at the IE Business School and she has published two books, one of them with Planeta, Overcoming Dyslexia, which is already in its fourth edition.

The inaugural poster for the 2021-2022 academic year, the work of the Indian artist Nalini Malani

The inaugural poster for the 2021-2022 academic year is the work of the artist Nalini Malani, currently residing in Mumbai (India), who has dedicated her artistic career to upholding social, feminist and ecological justice. Her work is constructed as a narrative that intertwines Asian and Western literary references, mythologies, and aesthetic forms to create an unmistakable, highly complex language.

In the inaugural poster, the Indian artist incorporates a haiku (a kind of Japanese poetry characterized by its brevity), the work of the poet Matsuo Bashō:

From time to time

From time to time

The clouds give rest

To the moon beholders. 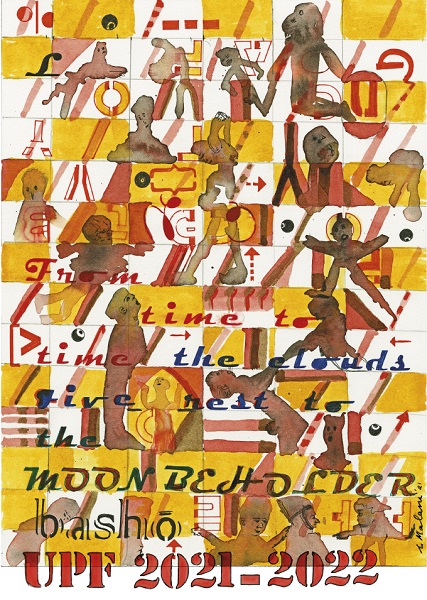 Nalini Malani was born in Karachi (present-day Pakistan) in 1946, a year before the partition of India and Pakistan. Her family went into exile in Kolkata in 1947, and later moved to Mumbai in 1954. The personal and collective upheaval of the partition of India, her early experience of displacement and her refugee status have marked her biography and artistic production, which has developed, in her words, as an attempt to “give meaning to the feelings of loss, exile, and nostalgia” that tarnished her childhood.

Between 1964 and 1969 she studied Fine Arts at the Sir Jamsetjee Jeejeebhoy School of Art in Mumbai, where she established her studies at the Bhulabhai Memorial Institute in Mumbai. Shortly after graduating, Malani worked in film and photography. Between 1970 and 1972, she received a scholarship from the French government to study arts in Paris, where she came into contact with the theories of Louis Althusser, Roland Barthes and Noam Chomsky.

Nalini Malani’s work has been presented at several international museums, such as the Stedelijk Museum, the MoMA Museum of Modern Art, and the Joan Miró Foundation.

In 1973, Malani returned to India determined to contribute to the intellectual modernization and emancipation of her country through art. Gradually, the artist emerged as a pioneering figure in Indian experimental film. In her role as a curator, Malani organized the first collective exhibition of Indian artists in 1985 in Delhi.

The defence of the vulnerable, a constant in her work

Malani’s work addresses the recent history of the Indian subcontinent and delves into urgent and universal issues such as violence, war, fundamentalism, the oppression of women, the effects of globalization and the destruction of the environment. Throughout her artistic production, Nalini Malani defends vulnerable people, especially women, by tirelessly giving them a voice. Her works evoke this vulnerability of human existence based on Greek and Indian myths that form part of her personal iconography.

Malani’s works have also been influenced by literature and her readings of philosophers, poets, psychologists, writers, and artists. Literary quotations are a constant in her creation. Her works are characterized by the extension of the pictorial surface to the surrounding space and culminate in a visual narration in layers that take the form of ephemeral drawings on the walls, shadow play, installations, projected works and the scenic arts.

The Nalini Malani Wikiproject aims to expand the thinking of the Indian artist through the creation or improvement of articles related to her exhibition You don’t hear me, which the Joan Miró Foundation hosted from June to November 2020, a selection of works from her entire artistic career, marked by feminist thought and the denunciation and condemnation of violence.

This Wikiproject, with the collaboration of Friendly Wikimedia and UPF Wikiwomen and Wikiwomen, reviews the names of the authors who have accompanied her throughout her career and also the universal myths that have marked her, with the aim of completing them on Wikipedia. The effort seeks to raise awareness of these women much as Nalini Malani, in the title of her exhibition at the Joan Miró Foundation, gives visibility to silenced women and confronts the patriarchy directly by telling it You don’t hear me