ICREA researcher in the Department of Translation and Language Sciences and member of the COLT research group. Recognised as the author of an influential paper published ten years ago, which has had a lasting impact on research and applications in the field of Natural Language Processing. 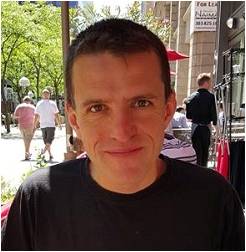 Marco Baroni, member of the Computational Linguistics and Linguistic Theory (COLT) research group and ICREA researcher in UPF’s Department of Translation and Language Sciences (DTCL) has won the "Test-of-Time" award of the Association for Computational Linguistics  (ACL), in "recognition of the authors of an influential paper published ten years ago, which has had a lasting impact on research and applications in the field of Natural Language Processing".

He was awarded this distinction for the paper “Distributional Memory: A General Framework for Corpus-Based Semantics", published in the journal Computational Linguistics in 2010, which he wrote with Alessandro Lenci (University of Pisa, Italy).

Research that made significant theoretical, methodological and empirical contributions

The "Test-of-Time" award committee stated that the paper was pioneering in its “defence of learning models in lexical semantics, such as words in context, for generalised use”.

The jury highlighted that the authors proposed “supervised pre-training”, a procedure that, over the years, has become commonly used in the field, enhanced by more modern techniques. They also said that the research “included extensive experimental work” which provided evidence of different semantic phenomena, unlike previous work, which was largely focused on a single phenomenon (this broader test has also been adopted in subsequent projects). Lastly they praised the paper for “developing synergies between computational semantics, cognitive modelling and linguistic theory”.

The committee described Baroni and Lenci’s contributions as a "tour de force in scholarship”. The paper is undoubtedly an example of a highly complete research project, with significant theoretical, methodological and empirical contributions.

Similarly, it is worth noting that another of Marco Baroni’s papers, in this case undertaken with Roberto Zamparelli, was among the papers shortlisted for the award, under the title:  “Nouns are Vectors, Adjectives are Matrices: Representing Adjective-Noun Constructions in Semantic Space”, published in the Proceedings of the 2010 EMNLP Conference.

These two research projects have had a strong impact not only in the computational linguistic community in general, but also specifically for members of the COLT research group, contributing to laying the foundations for the group’s research.