Every day students doing the fourth year of Biomedical Engineering are to print some twenty protective visors using University printers that have been set up at their homes. The material will be delivered to the Coronavirus Makers community that will distribute them to the hospitals that need it. 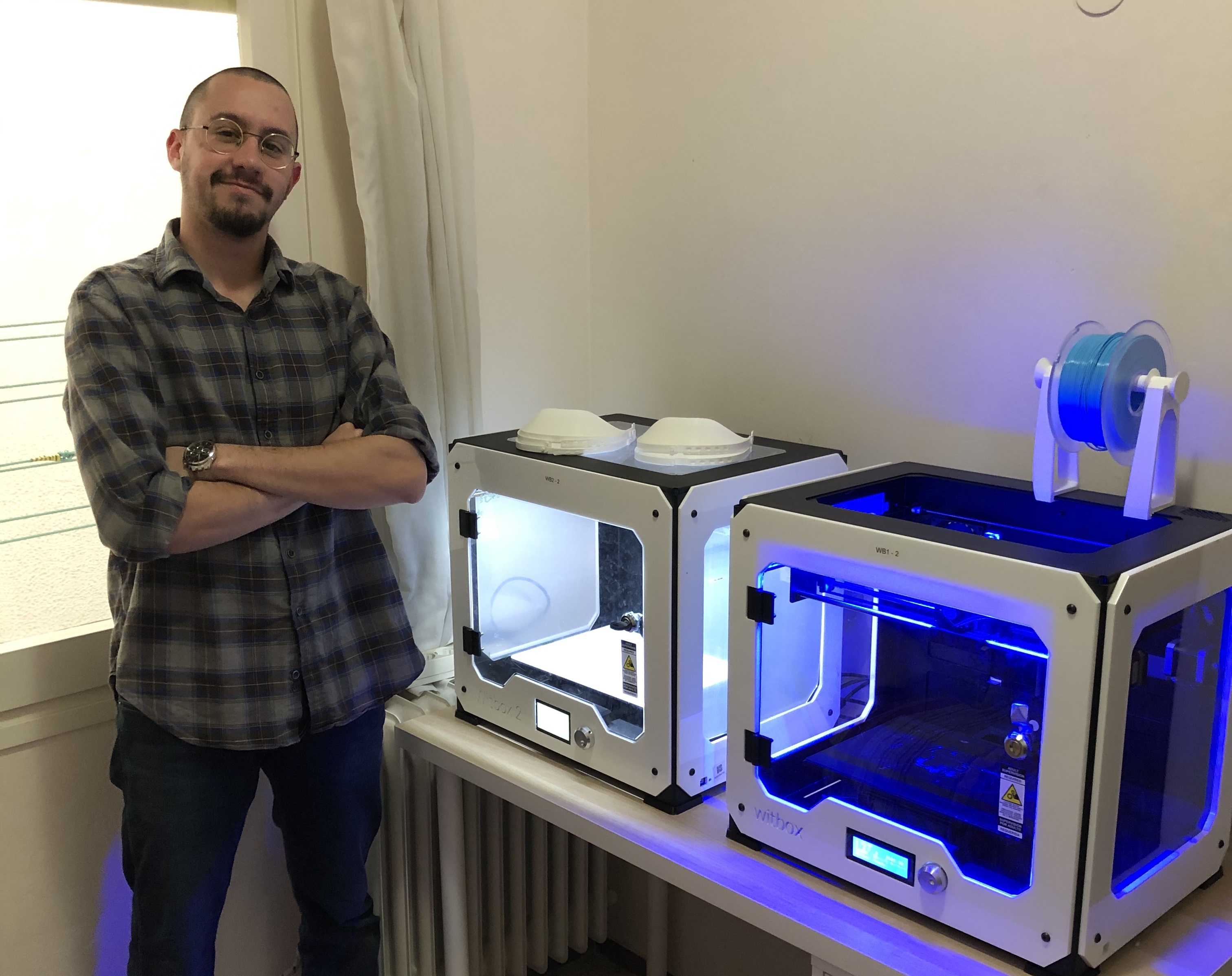 Faced with the lack of medical supplies to hospitals across the state, UPF’s four 3D printers have been set up to make protective visors to help medical personnel fight COVID-19. The initiative involves students of the bachelor’s degree in Biomedical Engineering, PDI and PAS of Poblenou campus.

Across the state, many individuals and centres with 3D printers have made them available to print material free of charge. At the University, the initiative was conceived last Friday by Joel Romero, a second year student on the bachelor’s degree in Biomedical Engineering, who contacted Antoni Ivorra, professor with the Department of Information and Communication Technologies and coordinator of the initiative. At first, the idea of printing ventilators was considered but in the end, it was decided that it would be more productive to print simpler material, opting for protective visors. 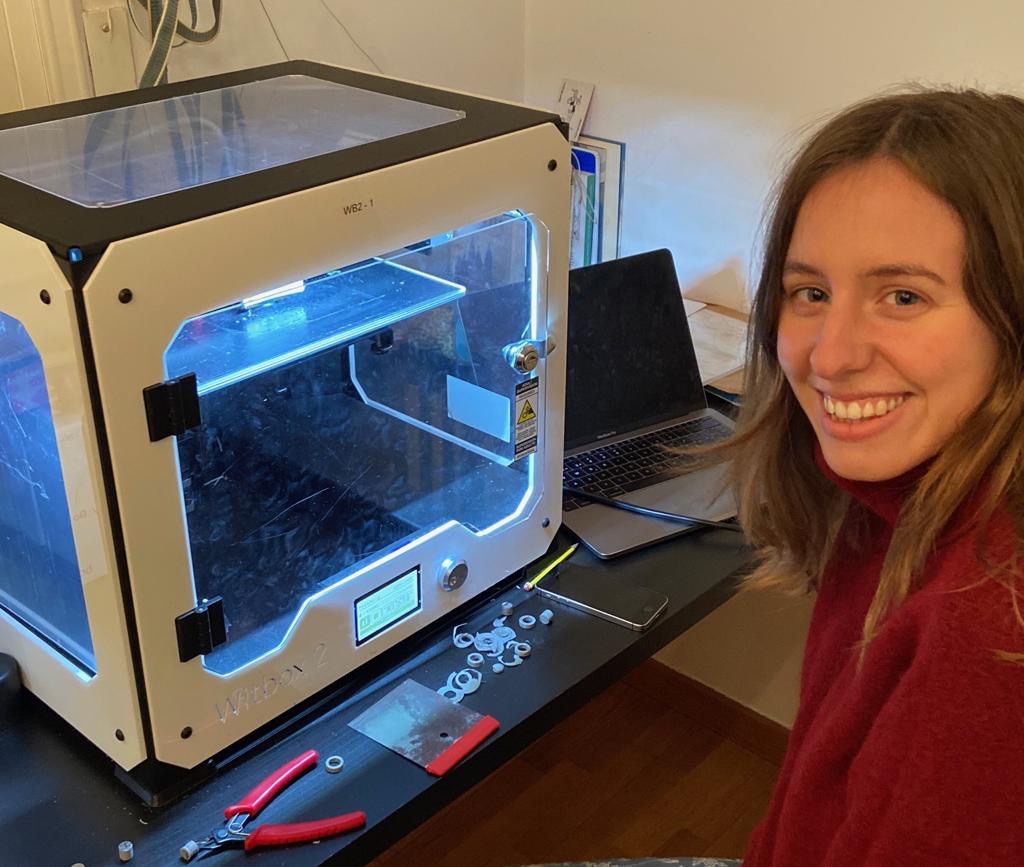 Student Judith Ros, with one of the printers

The first tests started to be conducted on 25 March using University printers that have been set up at the homes of the students participating in the initiative: Judith Ros, Aina Maull and Arnau Moral, all doing the fourth year of the bachelor’s degree in Biomedical Engineering. Also collaborating are Marian Iglesias, a student of the same bachelor’s degree, and Laura Becerra, a postdoctoral student with the Biomedical Electronics Research Group (BERG) at UPF. Matthias Blanc, PhD student at the Research Group in Developmental Biology, joined the initiative with his personal 3D printer.

Each unit requires an average of two hours to make, and the aim is to make some twenty visors per day. In addition to printers, the University has also provided the necessary plastic reels for printing the parts. Anna Belchi, director of Poblenou campus, in coordination with the campus’s Computing Unit, are taking care of the logistics and getting the material to the students’ homes.

Aina Maull, ready to print visors with the UPF printer and a printer of her own

The protective visors will be sent to the most necessitated medical centres at any moment. Distribution is handled by the Coronavirus Makers community, who the students contacted. Once at least five visors have been produced, the collection service picks them up and takes them to a central point where they are disinfected and inserted in their protective casing. They are then packaged and delivered to the different hospitals.

In addition to working with the Coronavirus Makers community, Mar Hospital has contacted the students proposing the possibility of printing 3D parts for ventilators.