A study developed by researchers from the Institute of Environmental Science and Technology (ICTA-UAB) and the UPF, published in the journal Cities, which analyses the complexity of the processes of implementation of urban measures against climate change, with the example of Barcelona's "Superblocks" as a case. 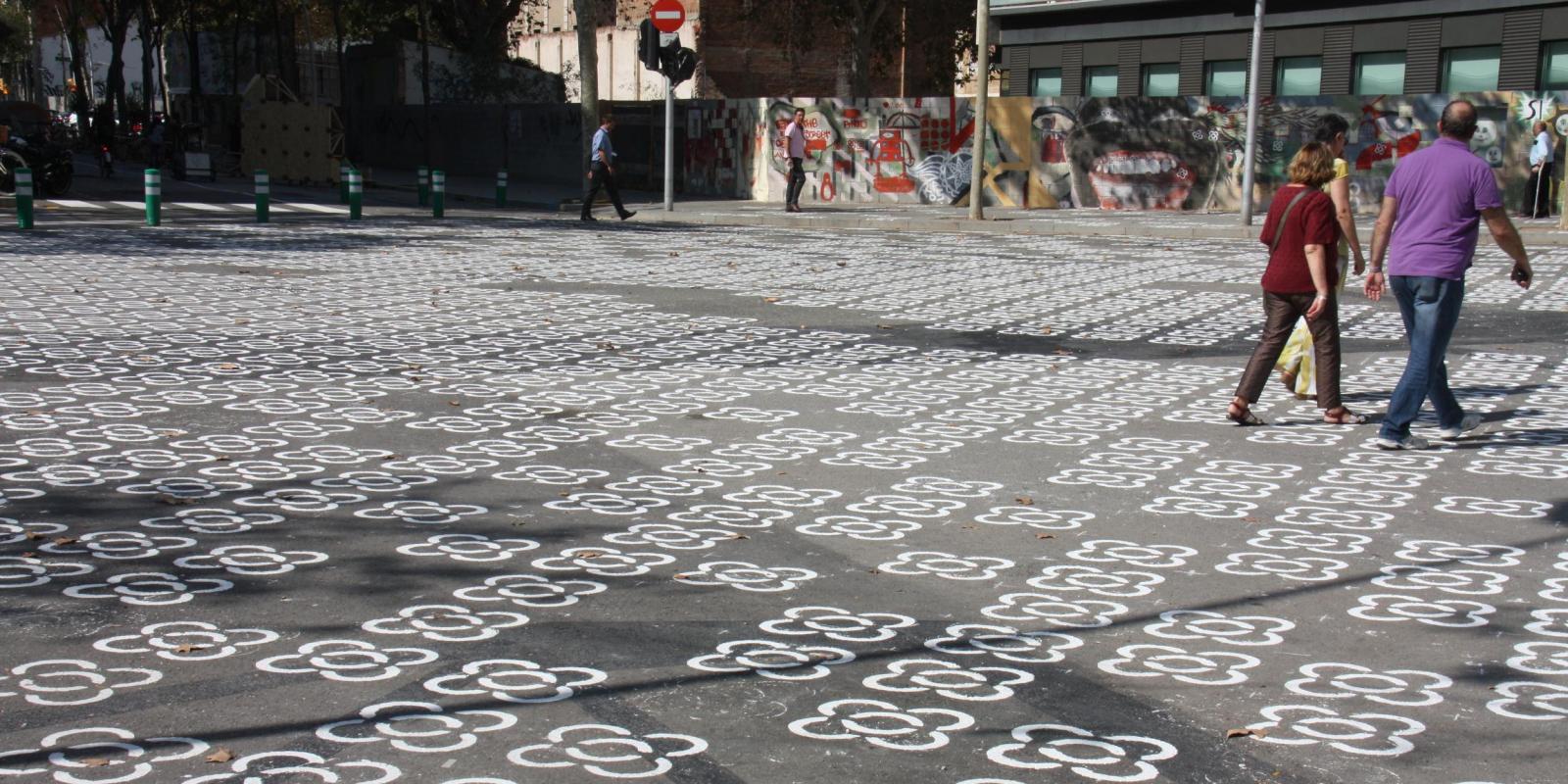 Transformative actions implemented by cities to address and mitigate the impacts of climate change may be hindered by political struggles for municipal power. This is clear from a study developed by researchers from the Institute of Environmental Science and Technology of the Universitat Autònoma de Barcelona (ICTA-UAB) and the Pompeu Fabra University (UPF), published in the journal Cities, which analyses the complexity of the processes of implementation of urban measures against climate change, with the example of Barcelona's "Superblocks" as a case study.

Cities are high producers of greenhouse gas emissions and urban residents are under high risk of negative climate impacts. However, there are strong untapped opportunities for climate change mitigation and adaptation. These projects promote shifts in the urbanization of cities, which are meant to challenge current unsustainable forms of development. In this regard, the study, led by Christos Zografos researcher from the Department of Political and Social Sciences at Pompeu Fabra University, and co-signed by ICTA-UAB researchers Kai Klause, Isabelle Anguelovski, and James O'Connolly, analyses the process of implementing the “Superblocks” in the Poblenou neighbourhood of Barcelona.

Recent studies determine that Barcelona is particularly vulnerable to climate change-related threats, specifically sea level rise and floods, increasing temperature including urban heat waves, the loss of biodiversity and more frequent and intense drought periods. Within the framework of the Climate Plan (2018-2030), Barcelona launched the “Superblocks” program, which aims to drastically reorganize urban mobility and land use. A superblock is a group of city blocks delimited in a perimeter that can only be accessed by vehicles that have their origin or destination there. Traffic runs outside while the interior is reserved for pedestrians and cyclists.

"The study analyses these resistances in Barcelona as an extrapolated example of the difficulties of urban transformational adaptation of cities in the face of climate change".

So far superblocks have been implemented in two areas (Poblenou in 2016 and Sant Antoni in 2018), but the City Council plans to remodel the city in 503 superblocks thereby reducing car traffic by 21% while restructuring the public transit and cycling system and infrastructure. In this way, CO2 emissions will be reduced by 40%, as well as the 3,500 premature deaths per year associated with air pollution, converting 60% of the space occupied by car use into public pedestrian and neighbourhood leisure spaces.

Political and neighbourhood forces for and against its implementation became mobilized. "The study analyses these resistances in Barcelona as an extrapolated example of the difficulties of urban transformational adaptation of cities in the face of climate change", explains Christos Zografos.

The results of the study show that the everyday political struggle for municipal authority that is behind much of the opposition to superblocks has been scarcely highlighted in the international literature. This fight is materialized in clashing visions for the future city, and who has the political influence to define them. The difficulties are also related to discontent over the public participation aspects of project implementation and a perceived imposition of authority. "The civic and political contestation over the authority of 'climate champions' (or climate policy drivers) can jeopardize not only the achievements of transformational adaptation to climate change, but also the political survival of those who drive them", the authors of the article add.

According to ICTA-UAB researcher Isabelle Anguelovski, these actions “can be obstructed not only out of fear of the material and political effects of the transformation measures, but also because of the message it conveys as concerns who is entitled to decide for the common good”. Therefore, she indicates, "brave politicians that take on struggles for authority in the short-term are needed to achieve mid- to long-term transformational goals”.