Iris Delgado Becerra is the first author of an article resulting from the doctoral thesis she presented at UPF, which analyses the effectiveness and equity of the maternity protection law passed in 2011 in Chile. The research, published in the journal PLOS ONE by researchers at Pompeu Fabra University and the University of Development in Chile is innovative as it focuses on the evaluation of the goals and the results of the reform. 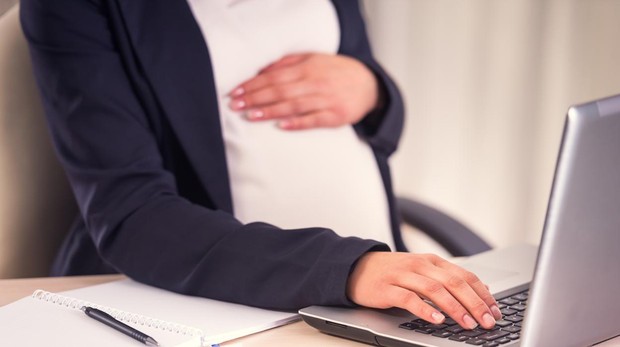 Maternity protection (MP) policies constitute a field of study in which few scientific evaluations have been carried out worldwide. There are few studies on the fulfilment of the specific goals proposed by laws and reforms that legislate in this field, let alone analyses of issues related to equal access to social protection for economically active women who become mothers.

This gap in research is serious when taking into account that the International Labour Organization (ILO) considers maternity protection policies as a basic human right, which aim to preserve the health of the mother and the baby, provide a measure of job security and income, and are very important for increasing countries’ social and economic welfare.

To progress in this field, researchers from the University of  Development (UDD) in Chile and from UPF conducted a study published in September 2019 in the renowned scientific journal PLOS ONE.  The research evaluates the effectiveness and equity of the maternity protection reform in Chile from 2000 to 2015, both from the point of view of the population and from a perspective focusing on inequality.

Iris Delgado Becerra, an adjunct lecturer and researcher at the Centre for Epidemiology and Health Policies, CEPS, Faculty of German Clinical Medicine at the University of Development in Chile, is its first author. The article is the result of her doctoral thesis “Maternity protection in Chile: effectiveness and equity of access. Evaluation of Law 20.545/2011”, which she presented in February 2019 at the UPF Department of Experimental and Health Sciences. Iris Delgado's thesis was supervised by Joan Benach, director of the Research Group on Health Inequalities - Employment Conditions Network (GREDS-EMCONET), and Baltica Cabieses, director of the Social Studies in Health programme of the Institute for Science and Innovation in Medicine at the University of Development (UDD). The article also involved UPF researcher Joan M. Pericàs (GREDS-EMCONET) and Maurici Apablaza, of the Faculty of Government of the UDD, among others.

Goals for achievement by the Chilean law of 2011

Law 20.545 on maternity protection, reforming the old law dating from 1972, was enacted in Chile in 2011 to overcome the low coverage of and unequal access to benefits, and to promote participation by the father. In particular, they sought to reduce inequalities between the different socioeconomic groups of working women, focusing on those that earned less and had a lower level of education.

Hence, MP benefits were increased (some measures increased maternal leave from 12 to 24 weeks, and included paid leave for the father, instead of the mother, of up to five weeks). They also simplified the legal requirements to extend benefits to the vulnerable population, such as women doing informal jobs (for example, there was no need to have an employment contract at the time of pregnancy, and the minimum period of  previous social security contributions was reduced from three months to one month).

Coverage increases, but the most vulnerable are not seen to benefit

The research used data from two sources: first, individual data collected routinely between 2000 and 2015, which analysed annual access to MP coverage over time; and second, using representative national surveys of households, collected before and after the law (2009 and 2013), which estimated the coverage and range of measures of inequality.

The authors found that between 2000 and 2015, MP coverage rose from 24.4 to 44.8%, while between 2009 and 2013, the same trend was observed, increasing from 31.6 to 39.5%. “After the reform, there was an increase in the coverage of maternity protection policies, however, there was no significant reduction in the unequal distribution of the benefits of these policies”, Iris Delgado affirms.

According to the researcher, in the case of Chile, the results show that, despite the legislative changes made, young and native women in the labour market with a low educational level and belonging to the lower income brackets are the most vulnerable group, and the national policies promoted are not helping them.

“We have come to the conclusion that this reform needs to be complemented by other policies to ensure maternity protection regarding matters of access and equity in a country with such deep socioeconomic stratification as Chile”, Iris Delgado concludes.