UPF again leads the classification for overall productivity in the “Research Ranking of Spanish Public Universities (2019)” published in the latest issue of the journal Psicothema. It leads four of the seven specific indicators used: articles in journals indexed in the JCR, R&D projects, doctoral theses, and grants for training research staff. 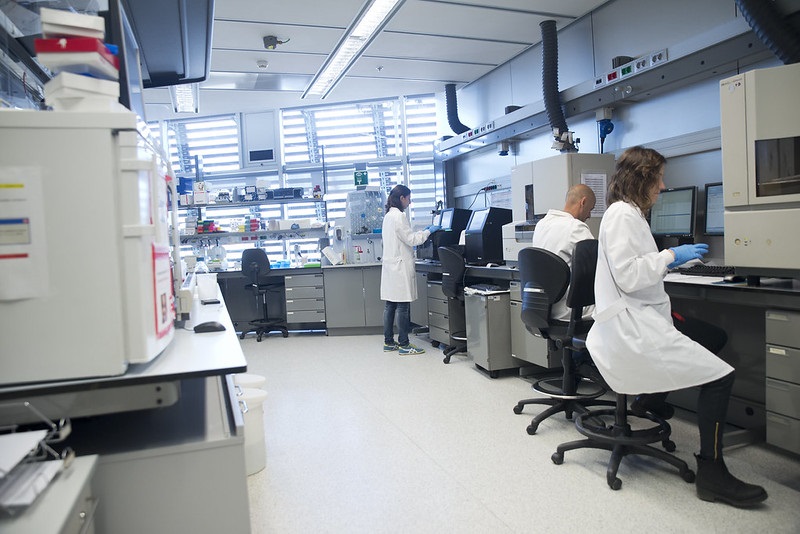 Pompeu Fabra University ranks first in the classification of the overall scientific productivity of State public universities, one of the two included in the “Research Ranking of Spanish Public Universities (2019)”.

The ranking is coordinated by Gualberto Buela-Casal, professor of the Faculty of Psychology at the University of Granada, and has been published in the latest issue of the journal Psicothema. If we look at the evolution over the years, UPF remains at the top of global ranking of scientific productivity, since 2009.

UPF comes in first position for the indicators: articles in journals indexed in the JCR, R&D projects, doctoral theses, and grants for training research staff.

The ranking, which uses data for 2018 (or failing that, the most recent available) includes two classifications: one list, which takes into account the institutions’ total scientific production, which is led by the universities Complutense de Madrid, Barcelona, Granada, Seville and Autònoma de Barcelona and Pompeu Fabra University, which comes 20th.

The second list deals with scientific productivity, which takes into account the size of each institution, in which production is weighted according to the number of PhD lecturers that each university has (productivity data for each centre are obtained from production divided by the number of PhD lecturers). This ranking is topped by UPF, followed by the Autonomous University of Madrid, the Autonomous University of Barcelona, and the universities of Granada and Santiago de Compostela.

UPF, leader in four of the seven indicators used

In addition to leading the table with respect to overall productivity, UPF also comes in first place in four of the seven specific indicators used to make the two classifications of the ranking: articles in journals indexed in the JCR (Journal Citation Reports), research and development (R&D) projects, doctoral theses, and grants for training research staff (FPI grants).

The remaining three indicators are research periods, training of university professors (FPU grants) and patents (filed), in which the University comes in 29th, 10th and 47th place, respectively.

New features of the 2019 ranking

The “Research Ranking of Spanish Public Universities (2019)” includes several new features compared to previous years, both in terms of the procedure and the indicators used, though these changes have not led UPF to renounce its first position on the scientific productivity list.

According to the authors, the reason for this change is that in recent years the number of contracted doctors has increased, and besides, this group has had access to apply for research periods, which facilitates their potential to supervise theses and apply for R&D projects.

Another difference from previous years is that it does not include the indicator of doctoral studies awarded with a citation of excellence, as they are not currently valid, nor patents exploited (only filed patents are considered), as no up-to-date public data are available.

Meanwhile, the FPI indicator has been added (training of research staff) since according to the authors, contracts awarded to projects that receive the highest scores in the evaluation phase can be considered as a criterion of the quality of R&D projects.

Data and ratios that help to understand the results

The ranking includes detailed information on universities, particularly on the number of lecturers according to the different categories of civil servant and contracted staff, the total number of PDI and how many of them are doctors. Data are also included on administrative and service staff and the number of undergraduate and postgraduate students, which enables calculating the ratio of students per teacher in each institution.

According to the authors, the differences that occur in the list of scientific production are related to the size of each university, and more specifically, the number of PhD lecturers and researchers who can produce results in research.

As regards the list of productivity, the authors mention that the ratio of students per lecturer helps to understand the differences between universities. By way of example, it the most productive university, UPF, is said to have a student-to-lecturer ratio of 9.23 (at the bottom of the range), while the least productive university, Rey Juan Carlos de Madrid, has the highest such ratio (23.46).