Exiled leaders increase instability in their countries of origin - Archive

Exiled leaders increase instability in their countries of origin

Exiled leaders increase instability in their countries of origin

Research involving Abel Escribà-Folch, a researcher with the UPF Department of Political and Social Sciences, argues that rulers in exile are international political actors who can foment conflict and hinder post-war reconstruction and reconciliation in their state of origin. 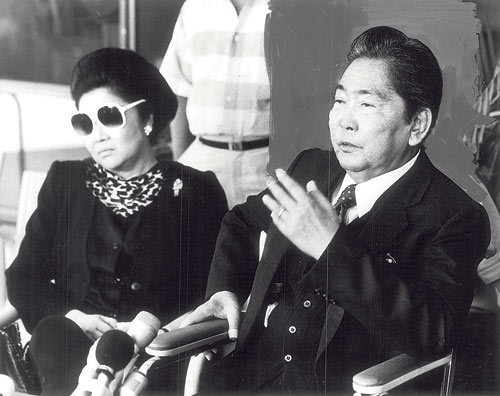 In the past 140 years, exile has been the second most common fate for political leaders after their tenure. There is a lengthy history of rulers who fled abroad once the situation in their country became too dangerous. Policymakers often see granting a safe haven to violent or unpopular rulers, for whom exile represents a better alternative than hopelessly clinging to power, as a pragmatic solution.

“In our study, based on the analysis of transnational politics and the literature on national leaders, we show that exiled rulers pose a crucial but often overlooked external source of instability in their home countries"

But does this exile involve paying a very high price? Despite being a short-term solution, can it be a problem later? An article published in Journal of Conflict Resolution, co-authored by Abel Escribá-Folch, a researcher at the UPF Department of Political and Social Sciences, along with Daniel Krcmaric, a researcher at Northwestern University (Illinois, USA), describes the mechanisms whereby exiled rulers, once outside the country, can destabilize politics in their home state, and ultimately escalate conflict.

“In our study, based on the analysis of transnational politics and the literature on national leaders, we show that exiled rulers pose a crucial but often overlooked external source of instability in their home countries. We see these exiled leaders as transnational political actors, and we argue that they can increase agitation in their home states through direct and indirect mechanisms”, the authors state.

Thus, as direct mechanisms, they point to the fact that exiled leaders can return home and revive the struggle in an attempt to regain power by force; and as indirect, that they can destabilize the politics of their country of origin from abroad, starting with the mobilization of supporters, the funding of rivals against the current regime, or getting the support of foreign forces.

For their transnational analysis, the authors use a new of Leaders in Exile (LIE) dataset, a new source of information on the fate and activities of leaders after their exile. They then explore whether exiled leaders increase the risk of violence, political instability (based on indicators such as coups and protests) and civil conflicts in their countries of origin.

“All our results support the argument that political instability is more likely after leaders go into exile. We constantly find that exiled leaders are associated with higher levels of violence and political instability in their countries of origin, such as civil conflicts, coups, protests and irregular leadership transitions”, the authors assure.

The authors argue that their study, in which they have shown that exile may be a short-term solution but a longer-term problem, may have major political implications. Thus, they consider how politicians should deal with this “golden parachute”: unlike most factors that influence civil conflicts and political instability (such as economic development, type of regime, geography, etc.), facilitating (or not facilitating) exile and its conditions is an issue that politicians can easily manipulate.

“In certain circumstances, a golden parachute may represent the last and best hope to allow leadership transition and prevent a bloodbath”, the researchers reflect. And they add: “Rather than putting an end to the practice of granting a safe haven to outgoing rulers, lawmakers should take steps to minimize the risks posed by exiled leaders to their countries of origin. In other words, states that provide a safe haven for their exiled leaders must make sure that a leader’s comfortable retirement must be conditional upon good political behaviour”, they conclude.