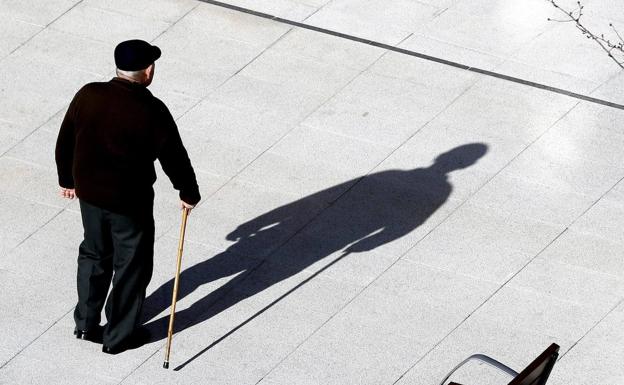 One of the main policy instruments to address population ageing and maintain financial solvency is the reform of the public pensions system. Restricting access to early retirement schemes by raising the minimum age to qualify for a pension is one of the most widely used measures in different countries.

An academic study involving UPF, focusing on a pension reform in Spain, shows the impact of delayed retirement on mortality, especially how it is affected by tightening the eligibility criteria for early retirement.

“A flexible retirement system, with technically tight benefits, may be the solution to mitigate the high cost, in terms of health, caused by restricting early retirement”

It concludes that reforms undertaken based on increasing the retirement age can have a negative impact on the survival of certain groups, especially for employees in low-skilled, physically and psychosocially demanding jobs, in the 60-69 age group, leading to inequalities in the time to retirement between these groups.

The study, published in an abridged version via a post on the blog Nadaesgratis.es and as a working document by FEDEA, is drafted by Sergi Jiménez-Martín, a full professor of the Department of Economics and Business at UPF and holder of the FEDEA-la Caixa Chair of Health Economics and Lifestyle Habits, together with Cristina Bellés-Obrero (first author) and Han Ye, both attached to the University of Mannheim (Germany).

According to the researchers, adverse effects on survival can be mitigated by allowing early retirement for certain types of individuals (with physically or mentally exhausting jobs) and by introducing the possibility of reducing working time for older workers at the end of their contributory careers.

“A flexible retirement system, with technically tight benefits, may be the solution to mitigate the high cost, in terms of health, cause dby restricting early retirement, while delaying the normal retirement age for many individuals”, the authors say.

The researchers use a novel version of the Spanish administrative social security panel data, available only in the Social Security Research Room in Barcelona, covering 10% of the cohort of individuals born between 1938 and 1949 registered with Social Security at any point in time up until 2020. They focus on a sample of individuals who started contributing in 1966 and 1967 and compare those who started contributing up to one year before and after 1 January 1967.

How can this reform affect mortality?

The authors ask what impact the small difference in the year in which they begin to contribute will have, for example, on the exit patterns from the labour market and, therefore, on the survival of these individuals. “We find that, on average, the reform delays the age at last employment of those who began to contribute in 1966 versus those who began to contribute in 1967 by around half a year”, they state. Thus, the reform increased the likelihood that people would claim invalidity pensions, partial pensions and receive no pension.

In addition, the authors conclude that delaying the exit from the labour market by one year increases the risk of mortality between the age of 60 and 69 years by 4.2 percentage points (equivalent to a relative increase of 43%). The mortality responses between ages when public pensions are not accessible (60 and 64) are the strongest.

Moreover, the study analyses the possible mechanisms at play in the harmful effect of delaying retirement on mortality, focusing on four dimensions of the labour environment: physical burden, psychosocial burden, self-value at work, and occupational skill level.

Thus, among other aspects, they determine that delaying the exit from the labour market by one year increases the risk of mortality between the ages of 60 and 69 years by 5.3 percentage points for people with high psychosocial burden jobs, compared to 2.8 percentage points for people with low psychosocial load jobs; likewise, this delay of one year increases the risk of dying by 5.4 points for “blue collar” workers (a working class person doing a manual job) and only 2.7 points for the rest. Finally, the authors show that individuals who feel fulfilled and recognized at their job do not experience a negative mortality effect due to a delay in the exit from the labour market.

Given that losing access to early retirement can damage life expectancy, one solution to incentivize workers to stay longer in the labour force without having such a negative impact on their health would be to allow these workers to gradually reduce their working time at the end of their careers. The authors find that people who are unable to access a partial pension suffer the most from the extension of working life.