The University recognises her exceptional contribution to our understanding of the underlying principles of embryonic development. The ceremony will take place on 12 July 2022 in the auditorium of the Barcelona Biomedical Research Park, and will be live-streamed.

Christiane Nüsslein-Volhard, a specialist in developmental biology and Nobel Prize winner in Physiology or Medicine in 1995, will be awarded the University’s top recognition on 12 July 2022, in a ceremony in the auditorium of the Barcelona Biomedical Research Park (PRBB). The event will be live-streamed.

The University is to recognise the achievements of an outstanding researcher, who has contributed to our basic understanding of embryonic development. Her work has helped to identify the genes that control development in living organisms, shedding light on large areas of biology and medicine. In addition to many other awards, her contribution to knowledge earned her the Nobel Prize in Physiology or Medicine in 1995.

Programme of the event

Christiane Nüsslein-Volhard was born in Magdeburg (Germany), she studied Biochemistry and obtained a doctorate in Genetics in Tübingen (Germany). After undertaking her postdoctoral research in Basel (Switzerland) and Freiburg (Germany), she became a group leader at the European Molecular Biology Laboratory (EMBL). She then returned to Tübingen, where, until 2014, she served as director of the Max Planck Institution for Developmental Biology.

The University recognises her exceptional contribution to our understanding of the underlying principles of embryonic development. 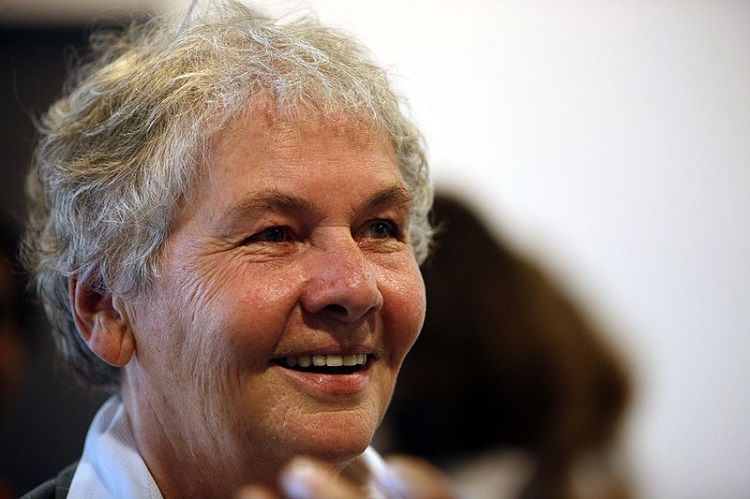 Christiane Nüsslein-Volhard’s research has contributed to our understanding of one of biology’s great mysteries: the mechanisms that enable a single cell to become a complex organism. In organisms, life begins when a fertilised egg divides and forms new cells, which, in turn, also divide. Initially these cells appear identical, but in time they begin to change. In a process regulated by genes, some go to make up the heart, and others the brain, for example.

Her work constitutes a major milestone in developmental biology. She developed and combined genetic and embryological tools to study drosophila and zebrafish mutants: and that allowed her to discover the genes that control early development.

In the seventies, she began to study the genes involved in the development of the fruit fly (Drosophila melanogaster). Until then, most genes had been discovered by chance; but, together with Eric Wieschaus, they systematically tested all genes potentially involved in embryonic development. Through experiments in mutagenesis, they were able to identify and classify 15 relevant genes, out of the 20,000 that were studied, which are responsible for the division of embryos into segments. They then went on to complete their first study with a catalogue of 129 genes that control the complete development of fly embryos.

Together with Eric Wieschaus and Edward Lewis, she received the Nobel Prize for Physiology or Medicine in 1995, for their “discoveries concerning embryonic development." She was the tenth woman to receive a scientific Nobel Prize.

Christiane Nüsslein-Volhard’s research has contributed to our understanding of one of biology’s great mysteries: the mechanisms that enable a single cell to become a complex organism.

She continued her work, using similar genetic approaches to discover key controllers of vertebrate development, based on a new model organism: the zebrafish (Danio rerio).

In addition to the Nobel Prize, she has received numerous recognitions such as the Albert Lasker Award for Medical Research, (the United States), the Louis-Jeantet Prize for Medicine (Switzerland) and the Ernst Schering Prize (Germany). She was the secretary general of the EMBO and has been a member of several different councils. She has also published various books, such as Zebrafish: A Practical Approach and Coming to life: How Genes Drive Development.

Her role in supporting young scientists

Another noteworthy achievement was her creation, in 2004, of a foundation in her name, set up to encourage young female German scientists to pursue careers in research, providing them financial support and assistance with childcare.