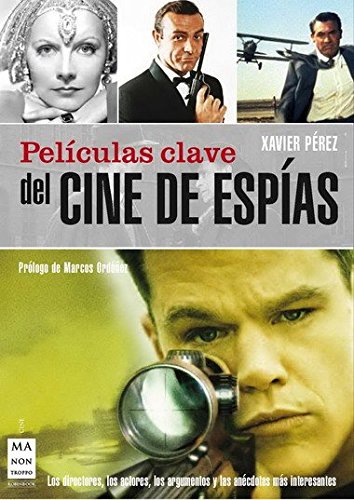 Since the earliest history, espionage has joined the political and war activities together. Spy film, however, started being shaped with the outbreak of World War I and resulted in the sophisticated monitoring and controlling networks from the Internet era.

This genre’s greatest foundational movie is Spies by Fritz Lang and continues to the Mission: Impossible mega-productions, Jason Bourne or the new James Bond played by Daniel Craig. Its diverse chronological itinerary makes it possible for the many patterns in the genre to be spotted —love stories like the ones popularized by Mata Hari, the unbridled adventure in the 007 films, the chronicles about the Resistance, such as Army of Shadows, persecution stories North by Northwest-like, paranoiac political fables like The Manchurian Candidate or literary adaptations from authors so critic with the mechanisms from the secret war, such as Graham Greene or John Le Carré.

Throughout the itinerary, complemented by a gallery with iconic personalities from the genre, one can see the contributions of film-makers so distinguished like Alfred Hitchcock, Fritz Lang, John Frankenheimer or Carlo Reed, as well as a detailed evolution of the main spy film myths, from Bond to Bourne, from Harry Palmer to Matt Helm, from Derek Flint to Ethan Hunt, and stars that, like Sean Connery, Michael Caine, Tom Cruise or Matt Damon, have embodied them masterfully.