Yo ya he estado aquí. Ficciones de la repetición 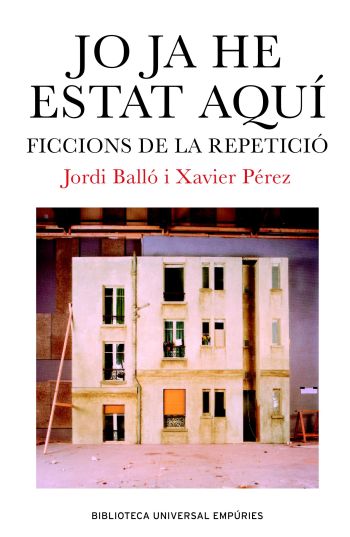 Yo ya he estado aquí. Ficciones de la repetición ('I have been here before. Fictions of repetition')

Attraction to seriality is one of the most genuine expressions in contemporary narrative. Familiarly rediscovering places where we have been before, following the adventures from heroes we already know and discovering the small variations in a stable and reiterated dramatic structure are ways of repetitive pleasure that don't keep creators from new, unexpected discoveries. But what are the procedures that make possible such a fertility? How are the fictions of repetition built? In this book, each chapter approaches the features and procedures that characterize and enrich the polyhedral universes of seriality, from its mythological bases in the Greek pantheon or the Arthurian stories of the Round Table, or even to the contemporary manifestations comprising comics, cinema and television. With the same interdisciplinary way used in the book La semilla inmortal, Jordi Balló and Xavier Pérez build a suggesting topography of narrative situations that, embodied in all kinds of formats, poetics and styles, have influenced on the imaginary of serial fiction throughout time. The pages in this thrilling book are walked through by opposite yet complementary constellations, such as the happy home and the self-destructing hell, family endogamy and 'wandering', memory and amnesia, literary remakes and the spread of alternatives. All over its pages, it combines references to iconic shows, such as Twin Peaks, film sagas like The Godfather and comic-book heroes like Corto Maltés with the avant-garde research on repetition that creators so influential like Borges, Will Eisner, Dennis Potter and Abbas Kiarostami have carried out.