The 19th October will take place the second edition of ‘Descobrim Bordils’ (‘Discovering Bordils’), which will compile the last three years’ creations from the ‘Cinema en curs’ programme

Next Saturday the 19th of October, the ‘Cinema en curs’ pedagogical programme will hold the 2nd edition of ‘Descobrim Bordils’, an exhibition that will display the results of a three-year experimentation with cinema and photography by children and teenagers from Bordils.

It is to be started at 10 a.m., finished towards evening and distributed among 15 places in Bordils —both houses and natural surroundings— where photographies and films from the past three years will be displayed for the public to see. Children participating in the project will tour the itinerary with guided visits for each place, and there will be cyanotype and camera obscura workshops in the Bordils school.

‘Cinema en curs’, headed by the UPF professor Núria Aidelman, began in 2005 in Catalonia as a workshop focused on the promotion of a meeting between children and cinema, along with the development on filmmaking’s pedagogical power in an educational context.

The carrying out of workshops led by filmmakers in educational centres, the teacher and professor training and the creation of spaces of experimentation and reflection have been some of the project foundations, which has made it to Madrid, the Basque Country, Galicia, Germany, Chile and Argentina. 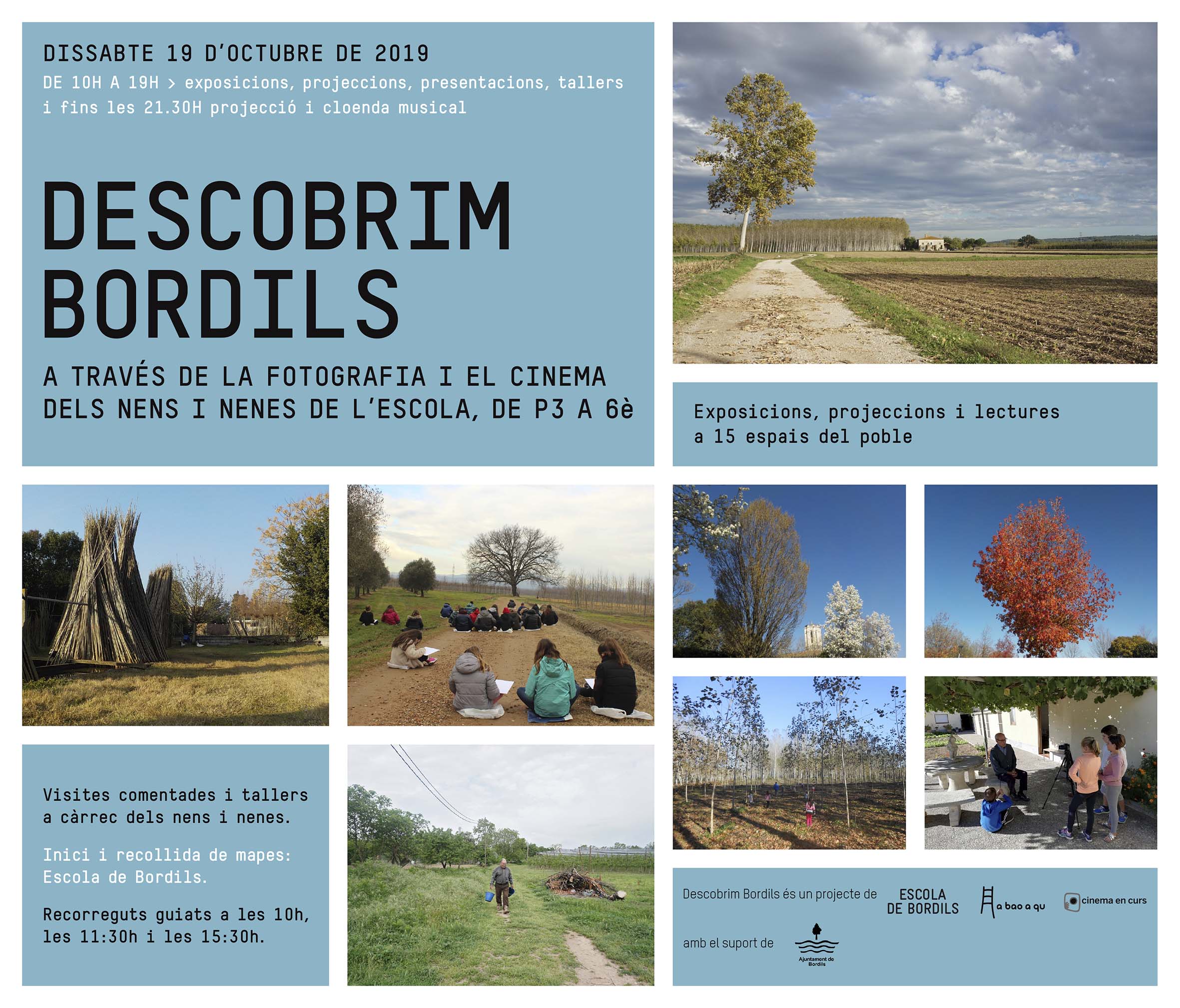