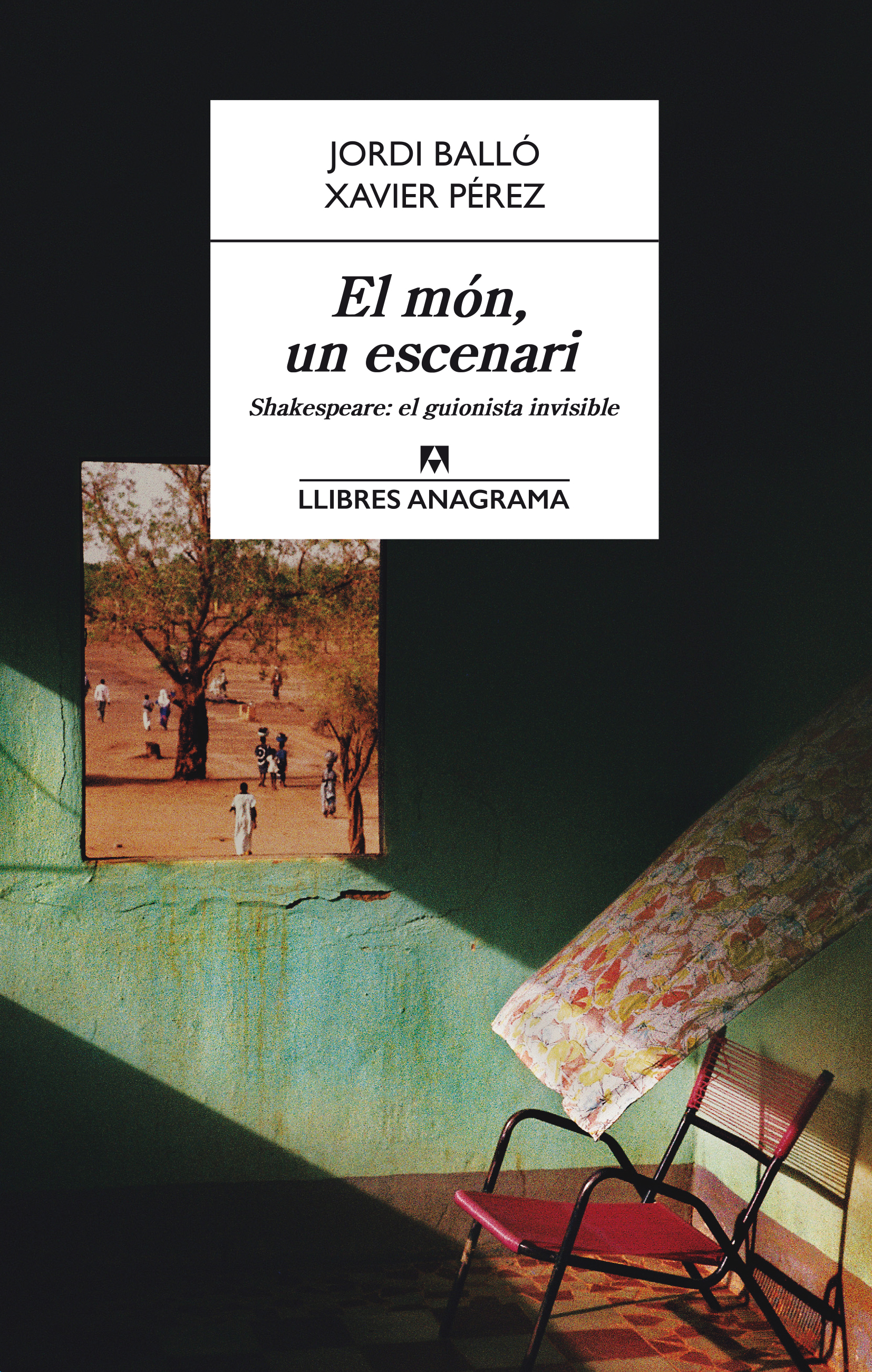 Where does the idea —repeated so many times— that Shakespeare would nowadays write for the cinema or television come from? It may come from the collective intuition, observed on this book, that there is a lasting imprint in contemporary audiovisual fiction from an uncredited, invisible co-writer, whose influence meanders among many dramatic procedures that are still indispensable.

In medias res beginnings, ensemble cast and situations, the synthesis between tragedy and comedy, nature dramatization, antagonistic dialogues or violence paroxysm are resources taken to an exquisite degree of malleability by Shakespearean drama. They are still adopted and reshaped in a particularly insistent way by contemporary fiction, maybe because the prophetic intuition from the author of As you like it has been made more visible than ever —the world walks to its continuing self-representation. Hence the playwright's extreme modernity. And that Jordi Balló and Xavier Pérez —after books that have already become classics on how audiovisual fiction works, from La semilla inmortal to Yo ya he estado aquí— have set their eyes on him for their next work. These authors build a fluent tale on the relationship between the Shakespearean corpus and contemporary narrative universes.

From Game of Thrones to The Turin Horse, from Funny Games to Breaking Bad, from Boyfriends and Girlfriends to The Big Bang Theory, among many other examples, Balló and Pérez identify links, select events and jump over times and ages with so complete an elegance, aiming to show a braided structure made of meaningful relationships. El mundo, un escenario exposes thus a worldview that goes beyond a single writer to expand in many other directions through the still enduring dramatic forms. Or doesn't the direct antecedent of many metafictions by Hitchcock, Godard, Aldmodóvar and Aaron Sorkin lay in Hamlet's playscene? This is this book's goal, which is to be read as a novel: for us to identify both as actors and viewers of a never-ending tale.