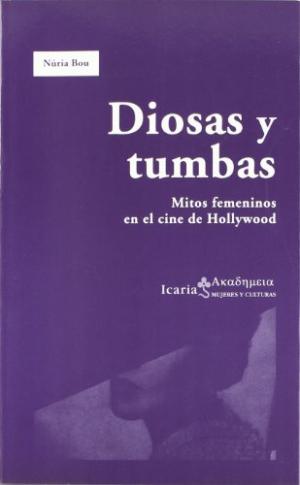 It has always been easy for movie spectators to know what the masculine hero does in classical Hollywood movies: he is busy freeing girls frightened by bandits, monsters or pirates. But what has been the actual role of feminine characters? Is exalting the hero's victorious deeds its only role? There has been no lack of studies proving the inconsistency of woman representation in the Hollywood Golden Age movies. What is more, it has been shown that there is an obvious misogyny in many American masterpieces. Diosas y tumbas. Mitos femeninos en el cine de Hollywood re-examines the iconographic landscape in some of the most important movies in the history of cinema to prove that, in the depths of classicism, the most singular, dazzling faces of femininity can be found: an imaginary scented with the echoing of the myths of Pandora, Athena, Demeter and Persephone, a water, lunar universe reigned by the magic dominion of femininity.