The University comes in 140th position in the world achieving its best results to date. It has improved in most indicators on which the classification is based, especially in teaching and research. These results make UPF the first university in the Spanish State. 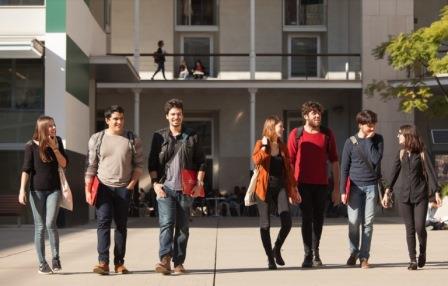 Times Higher Education (THE) has just published the 2017-2018 edition of the World University Rankings, one of the most prestigious rankings with most global projection. In this latest edition, UPF, has climbed 35 places compared to last year, from 175 to 140, and has achieved its best results to date. In addition, it now ranks as the top University in the Spanish State and 60th in Europe.

This annual ranking (now in its 13th year, including more than 1,100 institutions) is based on a combination of 13 indicators corresponding to five major areas weighted as follows: Teaching (30%), Research (30%), Citations (30%), Internationalization (7.5%) and Transfer (2.5%)

UPF improves in most indicators

With respect to the scores achieved last year in each of the areas, UPF has risen in three of the five items (Teaching, Research and Citations), remains stable for Transfer, and is slightly lower in Internationalization. Its overall score has also gone up from 52.8 to 56.9 points.

Most notable are the improvements in the indicators of Teaching, rising from 30.3 to 34.7, and Research, from 33 to 38.9. The Citations indicator (which measures the impact of publications and, therefore, the influence of the research carried out by each institution) has climbed from 93.1 to 97.1 and puts UPF in 33rd position in the world in this field, and is the indicator in which the University most excels. The Transfer indicator hardly varies, dropping from 40.5 to 40, while Internationalization has fallen slightly, from 65.1 to 62.3.

Different orientations of the most prestigious rankings

Despite considering teaching, the THE ranking, like the Quacquarelli Symonds (QS), focuses on research and on the reputation of the institutions. Some rankings are clearly research-oriented  (Leiden or Scimago); the Academic Ranking of World Universities (better known as the Shanghai ranking), gives great importance to indicators such as the number of former students who have a Nobel Prize. Others look to move away from closed university rankings and prioritize users drawing up their own list, on the basis of the indicators they choose (this is the case of the U-Multirank, promoted by the European Union; or the U-ranking, its Spanish counterpart promoted by the IVIE and the BBVA Foundation). Within the Spanish State, there are other notable initiatives such as the ranking of the CyD Foundation.