An international team of scientists has defined molecular mechanism that drives cell movement in extremely cramped environments through which the cells usually travel. 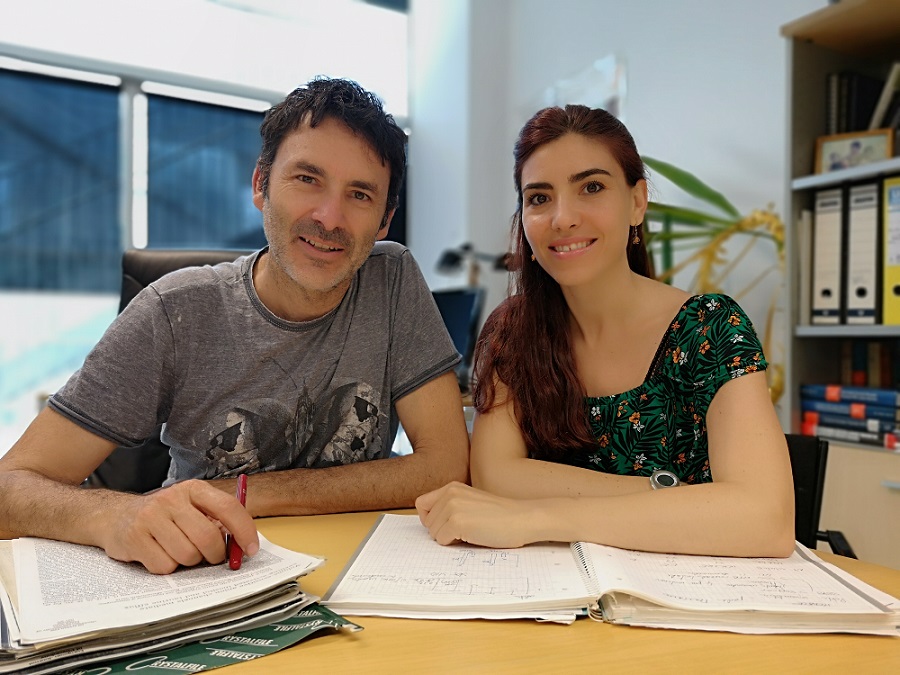 An international team of researchers involving Dr. Selma A. Serra and Dr. Miguel A. Valverde of the Department of Experimental and Health Sciences (DCEXS) at UPF has shown for the first time the mechanism used by cells to decide which direction to take when travelling through the intricate twists and turns of the body.

One of the most basic processes in our bodies is how cells move through the different tissues. This behaviour is essential for our survival, to heal wounds, for example, but it can also lead to the spread of tumour cells and the onset of metastasis.

Our knowledge of the principles that guide cell migration is growing steadily. However, we still have no answers to some fundamental questions such as what type of information the cells use to determine in which direction to move.

The study has shown that when deciding on a direction, cells prefer to move towards paths where there is less hydraulic resistance, despite being narrower.

The research conducted at Johns Hopkins University (Baltimore, USA) and Pompeu Fabra University (Barcelona, ​​Spain) has defined molecular mechanism that drives cell movement in extremely cramped environments through which the cells usually travel. The study has shown that when deciding on a direction, cells prefer to move towards paths where there is less hydraulic resistance, despite being narrower.

What determines the direction a cell takes at a junction? Like us, standing at intersecting roads, cells evaluate different parameters, such as the difficulty or the attractiveness of the route... to choose the way.

Much is known about the chemical (presence of chemoattractants) and the physical cues (interactions with the extracellular matrix) that guide the movement of normal cells and cancer cells. In their studies, researchers at Johns Hopkins and Pompeu Fabra universities analysed the movement of cells on scaffolds generated using bioengineering techniques to design tunnels of different widths and hydraulic resistance/pressure (the resistance experienced by a cell moving along the water column inside a tube). 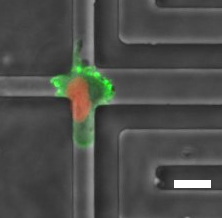 These devices, in addition to enabling confining the cells in a controlled manner in the same way as occurs in our body, allow the researchers to analyse the electrical responses and the flow of ions that take place in the cells. In their studies, the researchers also included a physical parameter that is significantly higher in tumours than in healthy tissue; fluid pressure (also expressed as hydraulic resistance), about whose impact on cell movement little was known. Fluid pressure is just one of the many forces in a tumour that can influence its development and progress. Therefore, understanding how cells detect and respond to fluid pressure is important in the context of cancer biology.

The researchers found that breast cancer cells make decisions when choosing the direction of their movement based on different hydraulic resistance detected at the intersection points of the tunnels through which they move. They also wanted to find out which molecular mechanism was responsible for detecting the hydraulic resistance and its coupling with the machinery of the cytoskeleton, which will ultimately dictate the direction in which the cell moves.

To do so, they analysed the contribution of different ion channels that are proteins found in the plasma membrane and specialize in responding quickly to changes in the physical conditions of the environment. The activation of these ion channels generates electrical currents (caused by the movement of the ions) and the entry of calcium to the cell. This calcium ion in turn activates the formation of a shield made of the cell’s skeletal components (the proteins actin and myosin) that protects the cell against (hydraulic) external forces and redirects the entry of the cell in channels of low resistance, despite being narrower than those offering greater hydraulic resistance. The researchers identified the ion channel TRPM7 as being the molecular sensor that detects changes in hydraulic/hydrostatic pressure and promotes calcium entry that ultimately determines the decision by the cells at junctions.

They analysed the movement of cells on scaffolds generated using bioengineering techniques to design tunnels of different widths and hydraulic resistance/pressure.

This research is the continuation of a fruitful collaboration that began four years ago between the laboratory of bioengineers at Johns Hopkins University and the laboratory of molecular physiologists at Pompeu Fabra University. “Our goal for the future is to understand which are all the molecular mechanisms involved in the control of cell movement in confined environments to understand how tumour cells invade and metastasize”, said Valverde.