Discovery of a key protein in tumour metastasis - News

Discovery of a key protein in tumour metastasis

Discovery of a key protein in tumour metastasis

The study, published in the journal Cancer Research, shows the pivotal role of the enzyme USP27X in the control of the proliferation, invasion and formation of breast cancer metastasis and opens new pathways to the development of anti-tumour drugs. 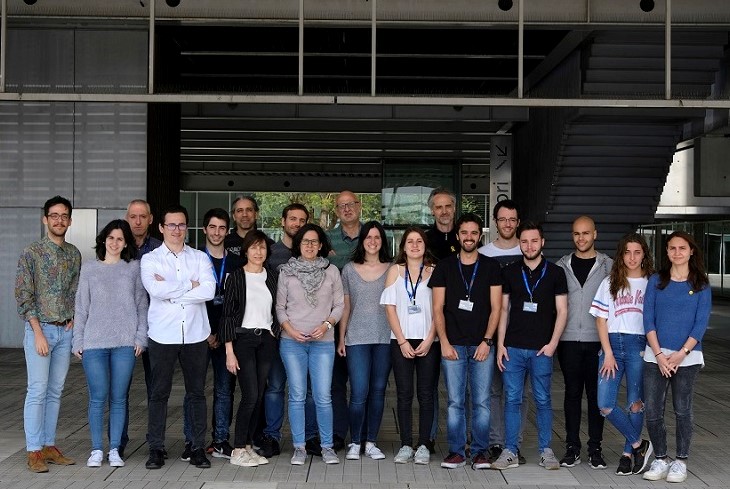 A team of researchers from the Cancer programme of the Hospital del Mar Medical Research Institute (IMIM), led by Drs Victor M. Diaz, of UPF and Antonio García de Herreros, of the IMIM, has identified a key enzyme in cancer development called USP27X.

In their paper, published in the journal Cancer Research, the scientists have performed a genomic analysis to find new regulators of the protein Snail1, which is a key inducer of tumour invasion. The researchers have discovered the enzyme USP27X, which increases the stability of Snail1 and allows the tumour cell to start the process known as “Epithelial-mesenchymal transition” (EMT). This mechanism gives the tumour cells the ability to invade the neighbouring tissues and form metastases; it also increases resistance to drugs.

A few years ago, the researchers determined how normal epithelial cells maintained low levels of Snail1 due to its continuous degradation in the proteasome, a kind of enzyme complex that acts as a “protein cemetery” within the cell. Snail1 degradation is ordered by the incorporation of a molecular marker called ubiquitin. Thanks to the enzyme USP27X, tumour cells avoid Snail1 by removing the ubiquitins. When Snail1 loses this destruction marker, it cannot degrade and accumulates in the cell. Tumour cells use USP27X to increase the amount of Snail1, allowing the start of a cell programme that makes them invade better and form more metastases. 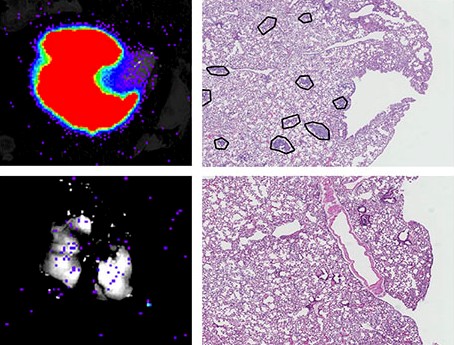 “If we inhibit USP27X, we can regulate the levels of Snail1, and thus control its negative effects on proliferation, invasion and metastasis”, says Dr Díaz, director of the research. “USP27X is an enzyme and therefore we can design inhibitors that in the future would allow restoring the levels of Snail1 and blocking EMT”. Experiments in mice with tumour cells that emit light (as shown in red in the picture) show how they form metastases in the lung (marked with circles in the figure). However, eliminating USP27X completely blocks the appearance of metastasis.

Another important aspect is related to the resistance to drugs associated with the expression of Snail1 and USP27X. Breast cancer cells become resistant to treatment with cisplatin, a drug often used to treat this type of cancer. “When we inhibit USP27X we can reverse resistance to treatment with cisplatin and again make the tumour cells sensitive”, asserts Guillem Lambies, first author of the article. “These results open the door to creating drugs that by inhibiting USP27X can fight chemoresistance”, he adds.

The same group in collaboration with Dr Joaquín Arribas, of Vall d’Hebron Institute of Oncology (VHIO) has analysed the expression of Snail1 and USP27X in tumours of patients with breast cancer and have found a positive correlation between the two proteins, especially in more aggressive tumours, known as triple negative. These triple negative breast tumours are especially resistant to chemotherapy and have a worse prognosis. The researchers believe that new drugs designed to inhibit the activity of USP27X can have a promising future on these types of tumours. The group of Drs Díaz and García de Herreros is currently working to find inhibitory molecules of USP27X that can reverse the negative effects of Snail1.