A new study led by researchers at Pompeu Fabra University and Hospital Clínic proposes different approaches to the study of a rare disease. 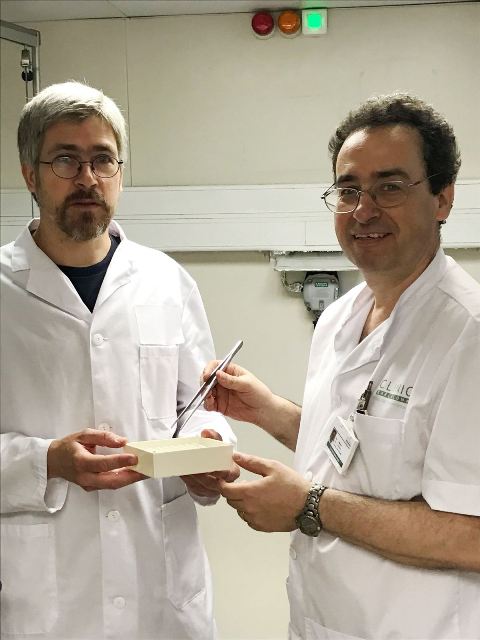 Common variable immunodeficiency (CVID) is a disease characterized by a very low concentration of antibodies and consequently greater susceptibility to infection. It is one of the so-called primary immunodeficiencies and, currently, less than 20% of cases of CVID have a known genetic cause.

A team of researchers, led by Ferran Casals at Pompeu Fabra University (UPF) and Manel Juan at Hospital Clínic - Sant Joan de Déu, has explored possible genetic models for this disease in a new study published in the journal Frontiers in Immunology. The first author of the study is Guillem de Valles-Ibáñez, of the Institute of Evolutionary Biology (IBE: CSIC-UPF) and UPF.

One of their goals was to find the proportion of monogenic cases, that is to say, those caused by altering a single gene. In the study they performed the whole-exome sequencing (i.e., the DNA that provides the instructions to make proteins) of 36 children and adolescents with CVID. The scientists focused on the exome because, despite only representing 1% of the genome, it is where most of the mutations that cause diseases are found.

Ferran Casals, head of the Genomics Service at UPF, explains: “We focused on the study of paediatric patients, where we know there is more chance of finding monogenic cases. In the case of the onset of the disease at later ages, the genetic model is usually more complex”. Manuel Juan, an immunologist at Hospital Clínic in Barcelona, explains that “as it is a rare disease, we had to mobilize professionals from various centres with patients affected by CVID, who came mainly from Sant Joan de Déu in Barcelona, and Vall d’Hebron and La Paz in Madrid”.

The results determined a monogenic origin of between 15 and 24% of cases of CVID, in most of which the disease is caused by a mutation that causes the altered gene to lose its functionality.

This means that in most patients the condition remains genetically uncharacterized. For these patients, they considered other possible, more complex genetic scenarios, such as the possibility that CVID is originated by an oligogenic model, i.e., determined by the combination of several genes. Thus, CVID may be caused by different genetic defects, such as mutations in proteins that interact with the genes implicated in the disease or the accumulation of harmful variants in some immunological pathways.

“In our work we demonstrate the potential of the complete sequencing of the exome as a tool for the study and diagnosis of primary immunodeficiencies. We hope that such studies will also help to detect and understand the key paths related to the development of the disease and of the immune response in general”, concludes Ferran Casals, a researcher with the Department of Experimental and Health Sciences (DCEXS) at UPF.

Interdisciplinary collaboration has been the key to the success of the study, which has involved professionals such as geneticists, bioinformaticians, biologists, immunologists and paediatricians.