Towards a circular industrial economy by means of synthetic biology - News

Towards a circular industrial economy by means of synthetic biology

Towards a circular industrial economy by means of synthetic biology

Within the European project MADONNA, chemical reactions not found in nature but common in industry and chemical engineering will be introduced in biological networks. As a result, industry will be transformed into a cyclic process in which waste and pollutants will become assets instead of liabilities 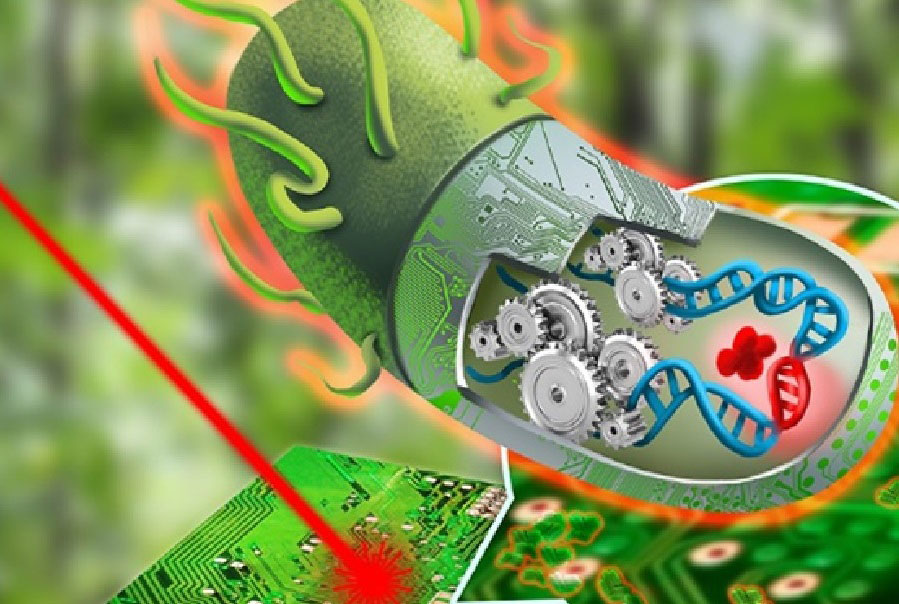 The Industrial Revolution led to great technological, economic, social and cultural changes, and these entailed the appearance of waste and pollution coming from the industry and energy sectors, such as plastic polymers, chemical solvents, metals, as well as radioactive waste and greenhouse gases. They have a major impact on our ecosystems and health, and despite the technological advances and the management strategies to minimize them, they cause 19 million premature deaths annually, according to the UNEP.

Scientists at Pompeu Fabra University (UPF) are involved in the European project MADONNA (Microbial deployment of new-to-nature chemistries for refactoring the barriers between living and non-living matter), aimed at eliminating industrial waste and pollutants by means of synthetic biology and biotechnology. MADONNA will also explore potential scenarios to transform industry into a sustainable and cyclic process. The UPF team is led by Ricard Solé, ICREA researcher at this university and principal investigator at the Institute of Evolutionary Biology (IBE), a joint centre of the CSIC and UPF.

“Planet Earth has evolved over millions of years as a cyclic system in equilibrium, and it has been sustained by the energy of the sun”, Solé explains. “Industrial production, however, can be understood as an artificial metabolic system in which raw materials become products”, he continues. While the biological or the geochemical cycles of the planet are cyclical, these processes are unidirectional and generate a lot of waste and pollutants, only a small fraction of which is returned to the system. Taking the principles of the circular economy into account, MADONNA aims to translate the reactions of synthetic biology to industries so that waste and pollutants can be reused and the system can become cyclical. A sustainable industrial model, in which industrial waste and pollutants are assets and not liabilities, is the main expected outcome of this project.

Many chemical reactions, like the harnessing of carbon dioxide, take place in nature. Others, like plastic degradation or nitrogen fixation in the presence of oxygen, occur rarely or do not occur. The shift of paradigm suggested here involves introducing chemical reactions not found in nature but common in industry and chemical engineering to biological networks. “With MADONNA, we will redesign and even create chemical reactions not present in nature with the aim of repairing the damage done to the biosphere and slow down the anthropogenic impacts on the environment”, states Solé.

As the scientists say, “our current society depends, on the one hand, on the development of new products that can carry out processes of chemical engineering in an environmentally friendly way and at low energy cost; on the other hand, on the limitation of greenhouse gas emissions and of the generation of chemical waste that harms our planet”. MADONNA seeks to face these challenges by leading the production processes towards a biochemical metabolism and moving them away from the strictly industrial and external-to- -biological-processes metabolism

“The project will have a transforming effect on industrial chemistry. By combining the disciplines of biology, chemistry and engineering in industry, MADONNA will radically change the biotechnological innovation outlook”, Solé concludes.

Project MADONNA will last for four years and its budget is of nearly 3 million euros. Led by the Spanish Council for Scientific Research (CSIC), MADONNA will be carried out by an international scientific consortium. Its funding comes from the FET Open – Future and Emerging Technologies call, which belongs to the Horizon 2020 programme of the European Commission. This call is open to revolutionary research lines which combine advanced multidisciplinary science and cutting edge engineering.