The University’s sponsorship and patronage programme, UPFund, is starting its campaign this Friday with the aim of achieving collective funding for innovative projects in their fields and, at the same time, project UPF’s commitment to the society through scientific and technological development. 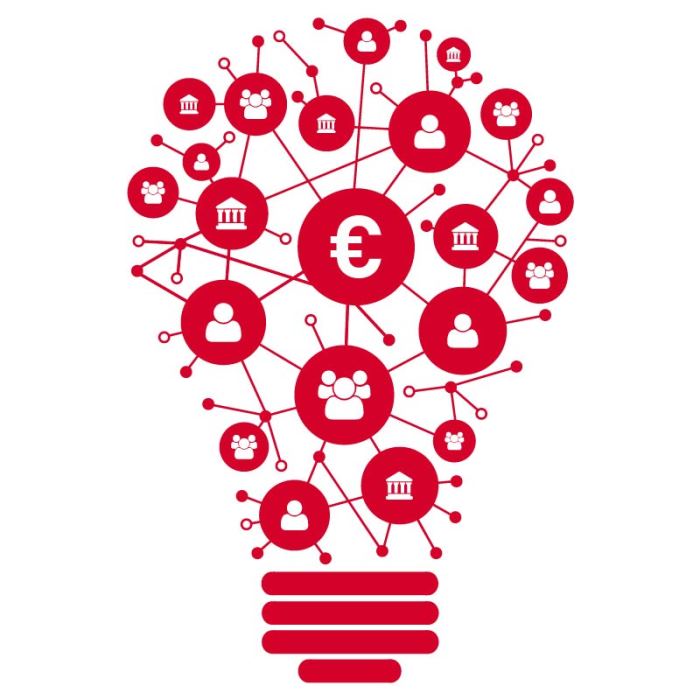 The University’s sponsorship and patronage programme, UPFund, is starting its crowdfunding campaign entitled “Petites grans idees” with the aim of achieving collective funding for innovative projects in their fields and, at the same time, project UPF’s commitment to the society through scientific and technological development.

The initiative is to start on 10 November and is scheduled to finish before the Christmas holidays. Each week one of the six chosen ideas will be presented through a video and a fact sheet that includes the main goals, the benefits of taking the idea ahead and the main end beneficiaries.

This is a pilot project that will serve to assess the feasibility of establishing the campaign annually through an open call for the submission of ideas. In this first edition, ideas will be promoted in the fields of information and communication technologies, experimental and health sciences, translation and language sciences, and communication. 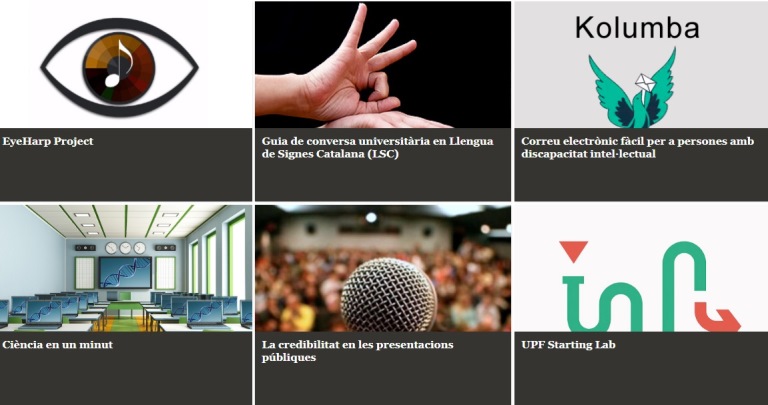 The EyeHarp is a digital musical instrument designed to allow playing music with eye or head movements. This instrument enables people with severe motor disabilities to learn, play and compose music. It is currently in its prototype phase and is already being used by people with disabilities in different countries of the world. The realization of this project will allow continuing to develop the EyeHarp and make its implementation more solid, thus allowing more people to be able to use it.

The idea is to create a basic CSL conversation guide with translations into written Catalan, Spanish and English consisting of approximately 400 common expressions of communication in various areas of life. The goal is to make available to the university community and the general public a product that exists for spoken languages, but does not exist in CSL.

This project seeks to boost the relationship between science and society through the design, development and distribution of didactic audiovisual resources that explain basic concepts and current developments in the area of health and life sciences. The aim is to produce a series of 8 short videos (maximum 5 minutes per video) that reflect the reality of modern science, improve the learning processes in education centres, promote an interest in science and, at the same time, stimulate reflection on the opportunities and challenges facing science today.

Today public communication is the key to professional decision making. However, most of the professionals in our country state that they feel uncomfortable or unprepared to face the public stage, even though it is part of their daily professional activity. The ability to catch people’s attention, relate, excite and convey information is critical in today’s professional world. To date there are no scientific studies that analyse which factors and strategies influence the effectiveness and the credibility of a public presentation. Hence, this is the aim of the project: to provide reliable and tested strategies to professionals to communicate their messages effectively in their presentations.

This is an incubation programme of digital creation projects by students at UPF, promoted by UPF’s Audiovisual Communication studies with the support of the Canòdrom (Creative Research Park) and the Catalan Government’s Catalan Institute of Cultural Enterprises. The first edition, in the 2016-2017 academic year awarded scholarships to 15 UPF students on the bachelor’s degrees in Communication, Engineering and Business and Economics. It is the first such project in the State and one of the pioneers in Europe. The students work in the professional development of projects that were presented as a Final Year Project in a space at the Canòdrom, getting professional advice, professional mentoring and follow-up of the project in order to go from being a good idea on paper to becoming a product with its niche in the market.