Researchers from the Institute of Evolutionary Biology have discovered a new branch of archaic chimpanzees, extinct today, that crossed with bonobos around half a million years ago. 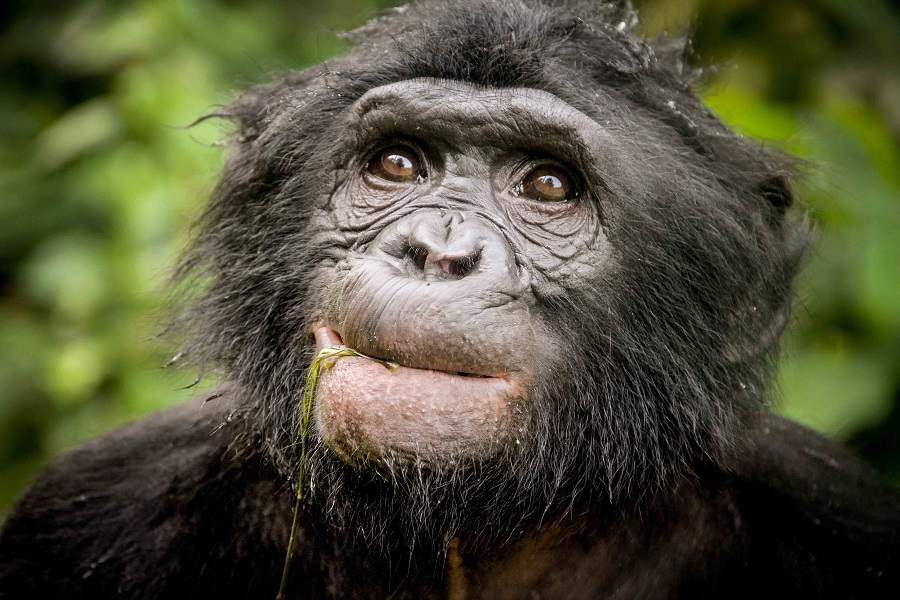 A study led by researchers at the Institute of Evolutionary Biology (IBE) in Barcelona, a joint institute of the Spanish National Research Council (CSIC) and the Pompeu Fabra University (UPF), reveals that an unknown and now extinct chimpanzee species lived in the forest of central Africa hundreds of thousands of years ago and it mated and had fertile offspring with bonobos.

Research has been directed by Tomàs Marquès-Bonet, principal investigator and director of IBE, and Martin Kuhlwilm, postdoctoral researcher and recently awarded with a Junior Leader "la Caixa" fellowship at the "Comparative Genomics Lab". The work is published today in Nature Ecology and Evolution.

The team had already revealed that bonobos and chimpanzees, the two species that make up the chimpanzees genus, had interbred with each other, just as Neanderthals and modern humans did. Now, they identify through the genome of modern wild bonobos the imprint of an ancestral species already extinct, which coexisted with the two species and crossed with bonobos most likely in the Central African forest more than 400,000 years ago.

Three species on the banks of the Congo

The three species would have lived practically in the same region for millions of years, bordering the Congo River. The impenetrable barrier of the river could have isolated the unknown species at some point, while the periods of drought would have allowed the species to cross each other later. "The separation of ape populations caused by the formation of the Congo River 3.5 million years ago or during subsequent dry periods could explain the emergence of a differentiated ancient population", says Kuhlwilm."What is now clear is that the ghost species which separated from the common ancestor of chimpanzees and bonobos between 3 and 4 million years ago, now extinct, crossed with the bonobos giving rise to fertile offspring most likely more than 400,000 years ago".

Discovering a species in the bonobo genome

To conduct the study, the research team compared the complete genome information of 59 chimpanzees and 10 modern wild bonobos and found small DNA fragments that could not come from the ancient separation or later crosses between the two known species. "Those fragments should come from another source," says Marquès-Bonet, ICREA research professor at UPF.

To settle the issue, the team used statistical techniques with a great predictive power, commonly used to identify extinct human species. "The methods used have previously served to identify Neanderthal characteristics in humans without using the Neanderthal genome", Kuhlwilm says. The team did not find a consistent signal of this "ghost DNA" in chimpanzees, although bonobos did show these genuinely different regions.

"Through this genetic information, we can re-read the history of African apes and propose that there was once a third population of chimpanzees living in the Central African forest ", summarizes Kuhlwilm.

The "ghost" chimpanzee that left no trace

Apes have their natural habitat in the trees of the rainy tropical forest, with an acidic soil where the organic matter decomposes very quickly. Chances of finding simian fossils with ancient DNA preserved in the Congo Basin are hence very remote, which contrasts with the many hominin fossils preserved to date - mostly in caves they inhabited. Given the complete absence of chimpanzee fossils, genetic information becomes crucial for understanding what this ghost ape was like and how much it differed from chimpanzees and bonobos. "Finding the remnants of the ancestral ape in modern genomes may be the only strategy to reveal or know the extinct population, as if they were genomic fossils," says Marquès-Bonet.

The study has not revealed the role that the ghost DNA fragments have had in bonobos, accounting for more than 3% of their total genome on average. Even so, it is considered that this crossing could have given them some evolutionary advantage, reason for being preserved to date. "There are signs that the crossing with bonobos strengthened the immune system of chimpanzees, just as crossing with Neanderthals reinforced our own," says Kuhlwilm. Researchers have also observed that the crossing of bonobos with the ghost species could have benefited them with a greater adaptation to different food sources.

It has been recently proved that chimpanzees and bonobos are human's closest relatives. "Because of our resemblance to them, any discovery made in the mechanisms of adaptation and evolution of bonobos could have repercussions and tell us about the history of hominids", Marquès-Bonet concludes.