The study provides new lines of research for therapeutic possibilities to tackle Dengue, Hepatitis C and Zika virus infections. The study, led by Miguel Ángel Valverde, has been published today in Nature Communications. 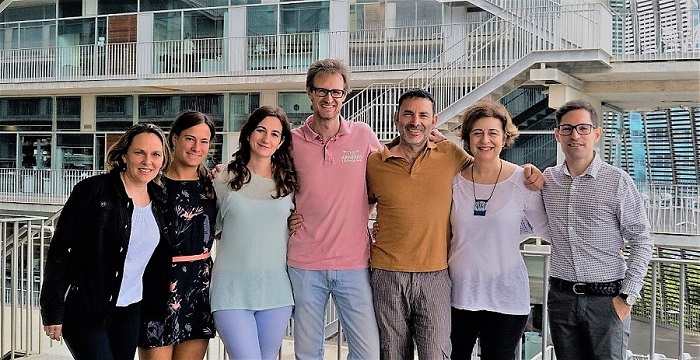 Researchers from Pompeu Fabra University (UPF) led by Miguel Angel Valverde have unravelled a mechanism used by viruses to infect cells by formally identifying the interaction between an ion channel and an RNA helicase. The study has been published in Nature Communications and involves researchers from the laboratories of Molecular Physiology and Molecular Virology at the Department of Experimental and Health Sciences (DCEXS) at UPF and the Department of Biochemistry at The Autonomous University of Barcelona. 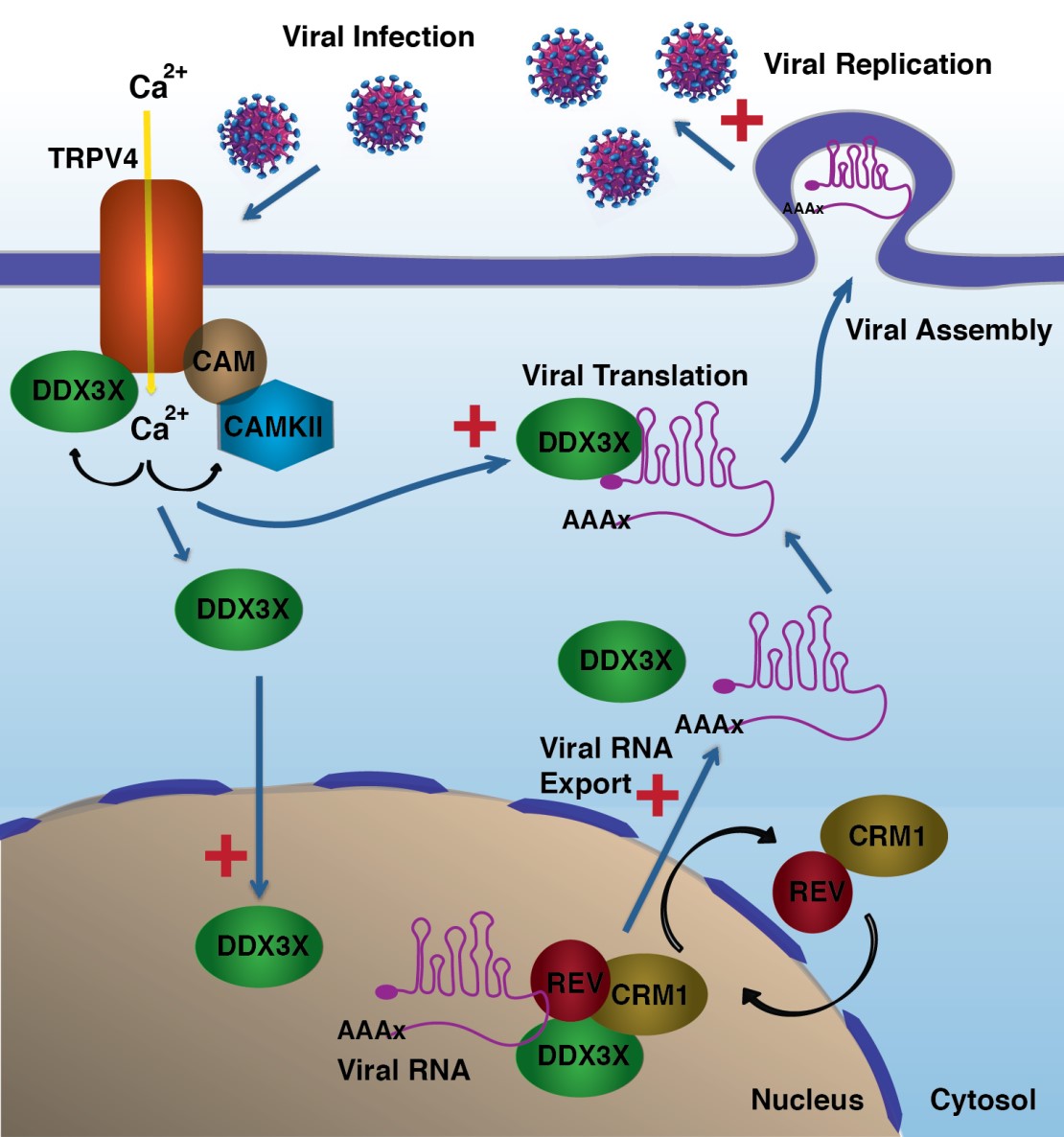 Viruses are very limited in their own ability to replicate and are totally dependent upon host cell proteins for propagation. In order to infect, viruses bind to receptors on the surface of target cells, enter the cells and hijack host cell machinery to achieve their own ends. One type of cell protein that serves multiple roles in viral infections, and is "hiijacked by the virus" is RNA helicases. “Our study shows that an ion channel, TRPV4, also seems to be hijacked by the virus at the earliest stage of the infesction", says Valverde, director od the laboratory of Molecular Physiology at UPF.

Ion channels are cell surface proteins that regulate the permeation of ions through the cellular membranes. The flow of ions through the channels modifies electrical signals in the cells and causes rapid changes in the concentration of intracellular second messengers, such as calcium, that control different cellular functions. The Laboratory of Molecular Physiology has been studying these ion channels, particularly the TRPV4 ion channel, since the early 2000s. TRPV4 is an interesting channel to study because it responds to a diverse array of chemical and physical stimuli.

Because of this gating promiscuity, TRPV4 serves as a versatile sensor that allows individual cells and the entire organism to detect changes in their environment. The team led by Valverde has recently reported the implication of TRPV4 in airway defence mechanisms.

Using open-ended screening to identify molecules that interact with the plasma membrane TRPV4 channel, the research team discovered that the RNA helicase DDX3X interacts with the channel. DDX3X is involved in almost all aspects of RNA metabolism that occur both at the nucleus and the cytoplasm, and is also required for virus replication. Accordingly, DDX3X has been shown to translocate between the cytoplasm and the nucleus, although the mechanisms regulating this process is not well understood.

Therefore, the researches sought to characterize the functional significance of the interaction between TRPV4 and DDX3X and whether such interaction had any relevance in virus infection. “We have now identified that the TRPV4 channel is also capable of detecting the presence of viral proteins, thereby allowing the influx of calcium into the cell and the movement of DDX3X into the cell nucleus”, explains Pau Doñate, post-doc at the Molecular Physiology Lab and first author of the article. 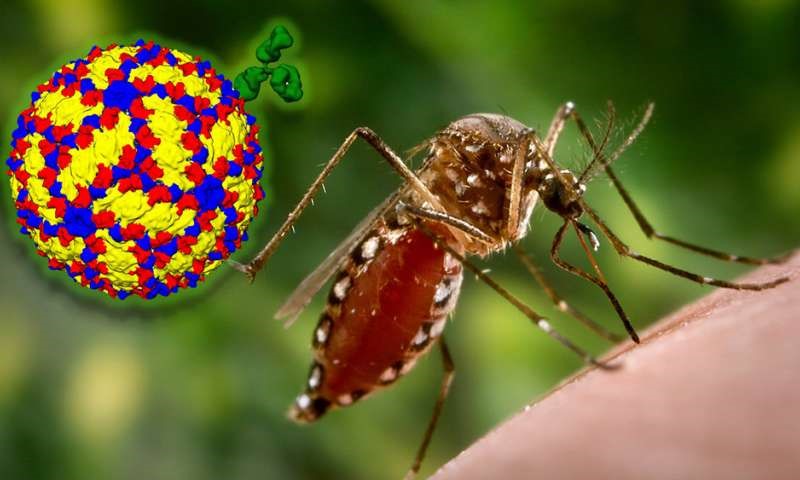 Over the last years there have been unexpected illnesses and epidemics among humans generated by emerging Dengue, Zika, West Nile and Chikungunya viruses. These RNA viruses are capable of rapid mutation and selecting new variants in the face of environmental changes, hindering the identification of viral targets for pharmacological treatment and the control of epidemics.

However, as viruses are totally dependent upon host cell proteins for replication, it is of paramount importance to discover novel cell proteins and signalling pathways required for viral infection that may be viable targets for drug therapy regimens.

This approach has the advantage of targeting cellular proteins that are not subject to the rapid mutation rates seen for virus genomes. “Precisely, our finding that genetics of pharmacological inhibition of the TRPV4 channel reduced infection by Dengue, Zika and Hepatitis C viruses, opens new lines of research for therapeutic possibilities to tackle these virus infections”, concludes Valverde.