Chromatin originated in ancient microbes one to two billion years ago

Chromatin originated in ancient microbes one to two billion years ago

Genomics and proteomics analyses reveal that the regulatory role of chromatin is a eukaryotic innovation. The study is the result of a research project that began eight years ago. Led by a scientific team at the CRG, the work counts with the collaboration of the CRG/UPF Proteomics Unit, the Institute of Evolutionary Biology (CSIC-UPF), the University Paris-Saclay, the University of Montreal and the University of Vienna. 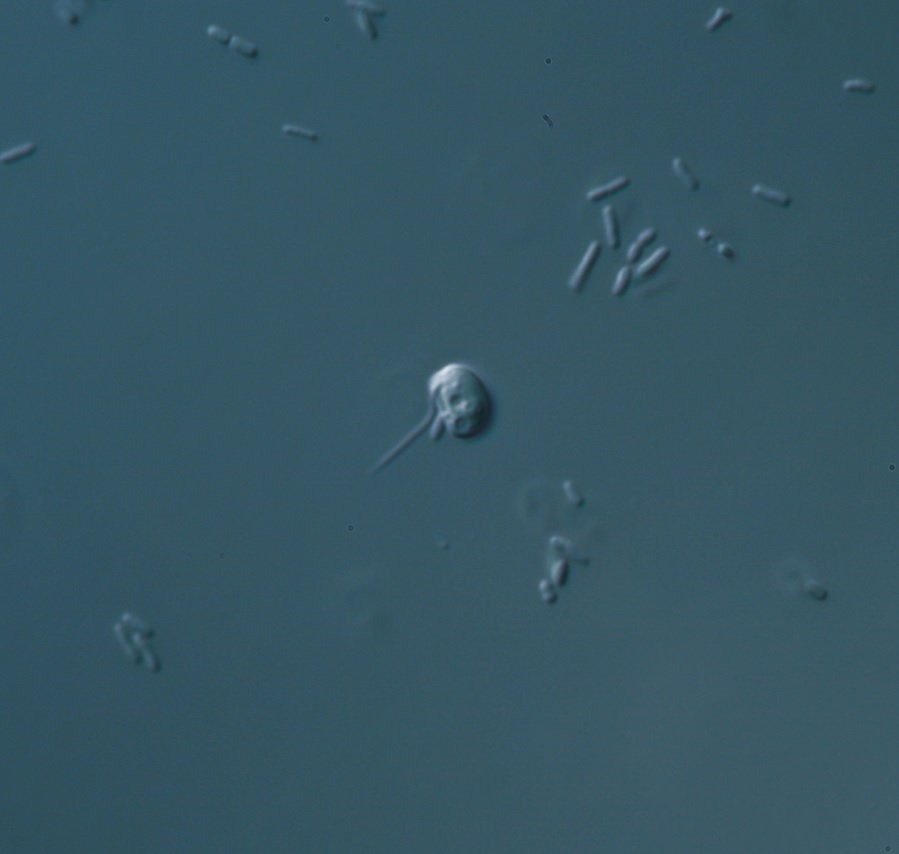 In almost every human cell, two metres-long DNA has to fit within a nucleus that is just 8 millionths of a metre wide. Like wool around a spool, the extreme space challenge requires DNA to wrap around structural proteins called histones. This coiled genetic architecture, known as chromatin, protects DNA from damage and has a key role in gene regulation.

Histones are present in both eukaryotes, living organisms that have specialised cellular machinery such as nuclei and microtubules, and archaea, another branch of the tree of life consisting of single-celled microbes that are prokaryotic, meaning they lack a nucleus.

In eukariotic cells, histones are modified by enzymes, continuously shapeshifting the genomic landscape to regulate gene expression and other genomic processes. Despite this fundamental role, the exact origin of chromatin has been shrouded in mystery.

Researchers at the Centre for Genomic Regulation (CRG) now reveal that nature’s storage solution first evolved in ancient microbes living on Earth between one and two billion years ago. The study is published today in the journal Nature Ecology and Evolution.

To go back in time, the researchers used information written in the genomes of modern organisms, organizing life forms according to the evolution of genes and proteins linked to chromatin. They studied thirty different species obtained from water samples in Canada and France. The microbes were identified thanks to modern gene-sequencing technologies that allow the identification of species by filtering DNA. They were subsequently grown in the lab for proteomic and genome sequencing.

The researchers found that prokaryotes lack the machinery necessary to modify histones, suggesting archaeal chromatin at the time could have played a basic structural role but did not regulate the genome. In contrast, researchers found ample evidence of proteins that read, write and erase histone modifications in early diverging eukaryotic lineages such as the malawimonad Gefionella okellyi, the ancyromonad Fabomonas tropica, or the discoban Naegleria gruberi, microbes that had not been sampled until now.

“Our results underscore that the structural and regulatory roles of chromatin are as old as eukaryotes themselves. These functions are essential for eukaryotic life — since chromatin first appeared, it’s never been lost again in any life form”, says Dr. Xavier Grau-Bové, a post-doctoral researcher at the CRG and first author of the study. “We are now a bit closer to understanding its origin, thanks to the power of comparative analyses to uncover evolutionary events that occurred billions of years ago”.

Using the sequence data, the researchers reconstructed the repertoire of genes held by the Last Eukaryotic Common Ancestor, the cell that gave rise to all eukaryotes. This living organism had dozens of histone-modifying genes and lived between one and two billion years ago on Earth, which is itself estimated to be 4.5 billion years old. The authors of the study hypothesise that chromatin evolved in this microbe as a result of selective pressures in the primordial environment of Earth.

Dr. Arnau Sebe-Pedrós, researcher at the CRG and senior author of the study, points out that “viruses and transposable elements are genome parasites that regularly attack DNA of single-celled organisms. This could have led to an evolutionary arms-race to protect the genome, resulting in the development of chromatin as a defensive mechanism in the cell that gave rise to all known eukaryotic life on Earth. Later on, these mechanisms were co-opted into elaborate gene regulation, as we observe in modern eukaryotes, particularly multicellular organisms”.

According to the authors of the study, future research could look at the evolution of histone-modifying enzymes in Asgardian archaea, microbes named after a mythological region inhabited by Norse gods that are often described as an evolutionary stepping stone between archaea and eukaryotes. The researchers found evidence that some species of Asgardian microbes, such as Lokiarchaeota, have histones with eukaryotic-like features, and could be the result of convergent evolution.

The study is the result of a research project that started eight years ago. Led by researchers at the CRG, the work counts on the collaboration of the CRG-UPF Proteomics Unit, the Institut de Biologia Evolutiva (CSIC-UPF), Université Paris-Saclay, Université de Montreal and the University of Vienna.