An international research team has defined the molecular mechanism that drives the initial step of tumour metastasis -intravasation- when tumour cells enter vascular and/or lymphatic vessels. Understanding tumour cell intravasation is the key to future therapeutic developments to block the spread of tumour cells from their primary site, before the onset of metastasis. 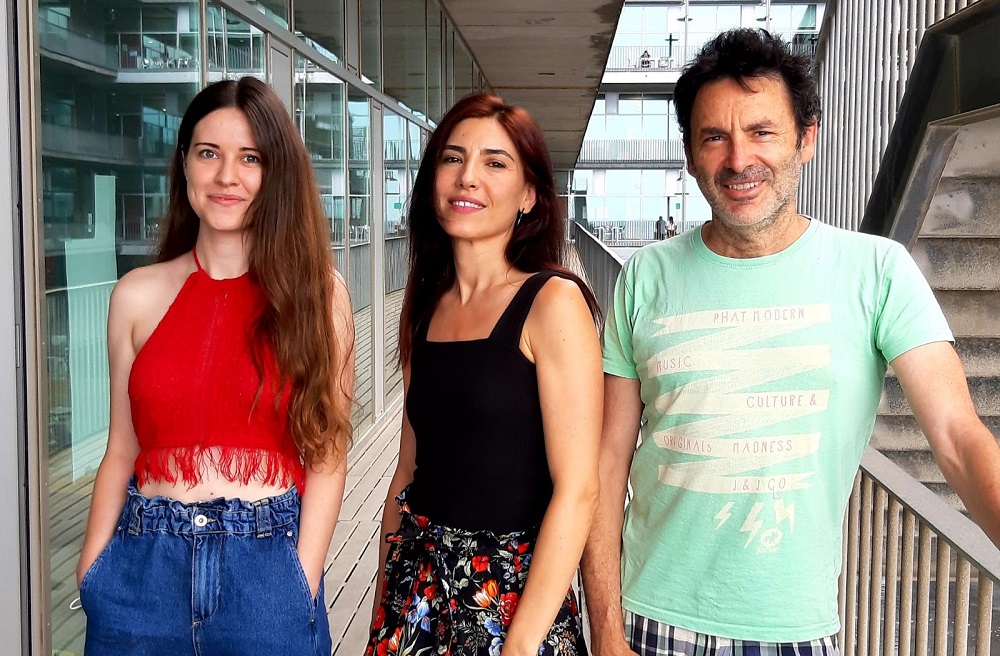 Metastatic progression is by far the most lethal aspect of cancer and is responsible for 90% of all cancer-related deaths. Metastasis is the spread of tumour cells to distant organs from the initial/primary tumour and involves the transport of neoplastic cells through the body’s fluid spaces. Thus, understanding how tumour cells escape the primary tumour and enter the vasculature (a process known as intravasation) is a key step in identifying tumour malignancy and designing strategies to treat the disease.

During the journey by a tumour cell from its primary location to a distant metastasis it must face various, changing external mechanical stresses that challenge their survival and progression. Cells’ ability to acquire specific mechanical properties to cope with changing environments, along with other chemical and genetic cues, will determine the metastatic capabilities, and most often, tumour malignancy.

The laboratories of Dr. Konstantinos Konstantopoulus at Johns Hopkins University and Dr. Miguel A. Valverde at Pompeu Fabra University (UPF) have been collaborating over the last six years to unravel many of the mechanisms that cancer cells use to adapt to different mechanical stresses and environments to keep moving. In their newly published study in Science Advances, the team also joined forces with the laboratory of Dr. John Lewis (Canada) to answer a question of paramount relevance to cancer: what factors determine the intravasation of a tumour cell?

Researchers have studied cell movements through bioengineered 3D scaffolds that impose controlled confinement of cells, resembling the pathways that cells normally encounter in our bodies. At the same time, they imaged the fluxes of ions and recorded cells’ electrical activities that control adaptive cellular responses, for which the contribution of Dr. Selma A. Serra and Ms. Julia Carrillo from the Laboratory of Molecular Physiology at UPF has been essential.

“The scenario encountered by a cell that wants to move from one part of the body to another distant one using the blood or lymphatic vessels is like the scenario experienced by people rafting in a rough river. Lovers of these adventure sports know that water rapids are not the best place to throw your boat into the water. Instead, calm waters are more amenable to get all the crew aboard and start navigating without having their guts shake out as they touch water”, says Miguel A. Valverde. Similarly, it was known that cell intravasation preferentially occurs in regions of decreased fluid flow -with low mechanical stress- because the low fluid flow facilitates tumour cell survival in the circulation. Thus, one interesting question arises: how do cells know whether there is high or low fluid flow when they venture out into the blood vessel?

To determine how cells respond to fluid flow when entering a vessel, the researchers modelled the transition from migration to intravasation using a microfluidic device where cells moving inside longitudinal tunnels that open into an orthogonal chamber in which fluid flow is controlled. In their studies, the researchers analysed the contribution of different ion channels, proteins in the plasma membrane, that are specialized in rapid responses to changes in the physical conditions of the environment. They identified the actual molecular sensor of fluid flow, the TRPM7 ion channel. This channel activates when the cell is exposed to increased fluid flow in its environment and promotes the influx of calcium into the cells. Calcium acts as a signal to orchestrate different proteins in charge of steering the cells. As a result of this process, cells revert direction returning through the same narrow tunnel instead of leaving into the open space, in other words, they avoid the “wild river waters”.

Understanding tumour cell intravasation is the key to future therapeutic developments to block the spread of tumour cells from their primary site, before the onset of metastasis.

The international research team went on to test whether the amount and activity of TRPM7 channels present in tumour cells may be a key element in determining whether a tumour cell has low or high intravasation capability. To do so, they genetically engineered tumour cells with low or high amounts of TRPM7 channel that glow green when exposed to a controlled light. Using a powerful microscope system that follows the movement of these cells inside a living chick embryo they were able to associate low levels of TRPM7 with higher intravasation and distant metastasis.

They concluded their research proposing that cancer cells repress this mechanism, controlled by TRPM7, to intravasate and facilitate distant metastasis. The researchers also pointed out that improved understanding about tumour cell intravasation is the key for future therapeutic developments to block the spread of tumour cells from their primary site, before the onset of metastasis. “We’ll need further developments before we can take this to the clinical setting, but we believe we provide, for the first time, a definitive picture of the role of TPRM7 in a crucial step of tumour metastasis”, said Konstantopoulos.