The study, which focused on the federal elections in Germany held in 2013 and 2017, involved Toni Rodon, professor at the Department of Political and Social Sciences at UPF, together with researchers from the London School of Economics and Political Science. 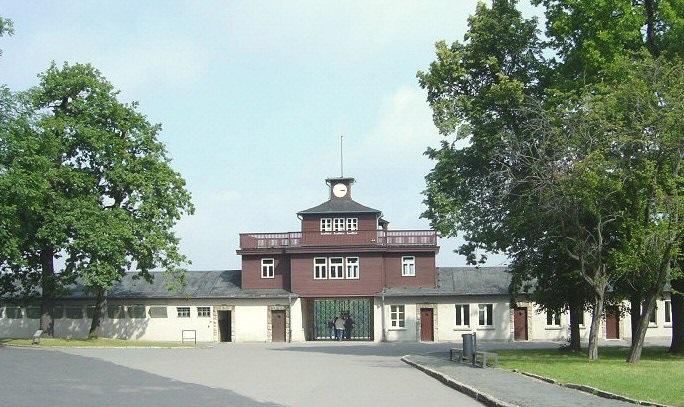 The biggest systematic act of mass violence brought about by a state, the Holocaust, has recently caught the interest of political scientists regarding long-term effects on political attitudes and behaviour. To date, analyses had focused on the impact of this proximity regarding the redistribution of wealth and property, but not in terms of voting behaviour.

Toni Rodon, a researcher with the Department of Political and Social Sciences at UPF and member of the Research Group on Institutions and Political Actors, together with Julian M.  Hoerner and Alexander Jaax from the London School of Economics and Political Science (LSE) are the authors of the research, which was published at the end of 2019 in the journal Research & Politics. “In our work we find that proximity to a former concentration camp is associated with a greater proportion of votes for far-right parties”, the authors claim.

In their study, the researchers argue that while there has been a consensus on Germany’s responsibility and the centrality of the Holocaust in the country’s history, recently this view has been challenged. “We believe that the case of Germany can tell us a lot about the dynamics of the long-term impact of mass violence and its interaction with competition among political parties in shaping collective memory”, they state.

The study analysed the percentage of votes obtained in the German federal elections of 2013 and 2017 by the following far-right parties: The National-Demokratische Partei Deutschlands (NPD), Die Rechte, Die Republikaner and Pro Deutschland. The party Alternative fur Deutschland (AfD) was also studied. Since its foundation in 2013 as a liberal-conservative party, it has evolved towards the right, and its most radical wing has come out against the culture of memory in Germany.

Thus, two separate study models were run, one without the AfD and the other which took its share of the vote into account in order to assess whether the emergence and transformation of the party in the German system affected the results.

The electoral data were aggregated at the “Gemeinde” level, the smallest administrative division of local government with corporate status having powers of self-government in Germany. Then, the article analyses the relationship between the electoral strength of the far right and the location of all former concentration camps, built between 1933 and 1945 spread throughout the country, but especially those in East Germany.

For the elections of both 2013 and 2017, the paper finds that being near a concentration camp is associated with strong support for the radical right. However, in 2017, when the study did not include the votes for the AfD, this relationship ceases to be significant. According to the researchers, this pattern can be explained by the party’s capacity to concentrate the majority of the support of far-right voters, especially given the shift in its rhetoric, which explicitly called Germany’s memory culture into question.

According to the study model, for example, in places in West Germany located near a concentration camp (within 200 metres), the radical right received between  0.4 and 0.7 more points than in areas one kilometre away.

One of the researchers’ initial hypotheses, which was ultimately not confirmed, was that spatial proximity to places of historical memory, as are former concentration camps, meant that voters living nearby would be less likely to vote for a party of this kind, due to the so-called “resilience hypothesis”.

Constantly remembering the consequences and extent of the crimes committed by the Germans may cause voters to resist any attempt to minimize or normalize Nazi crimes. Past experience could have become a shared memory passed down through generations, leading to an aversion to far-right politics and any attempts to minimize the crimes.

However, according to the authors, revelations about in-group transgressions might also prompt defensive responses and minimization of complicity in what is called the “satiation hypothesis”, a psychological concept that refers to the phenomenon that repeated exposure to a semantic stimulus – in this context embodied by former concentration camps as places of memory – weakens the reaction and receptiveness of a subject. “Individuals repeatedly confronted with in-group transgressions become more receptive to alternative narratives in a process of cognitive dissonance”, the authors affirm.

In this sense, the researchers only found this “memory satiation” effect in West Germany, where the contrition frame was much more dominant in the political discourse compared with East Germany. “This finding shows that the magnitude of the effect of proximity to a former camp is dependent on the strength of the political leaders challenging the prevalent culture of memory”, the researchers conclude.