It will be one of the first European universities to have a daily medium produced by its students. It will recover the historical newspaper “Diari de Barcelona”, following an agreement between Barcelona City Council and UPF, which will become a multi-channel digital platform. 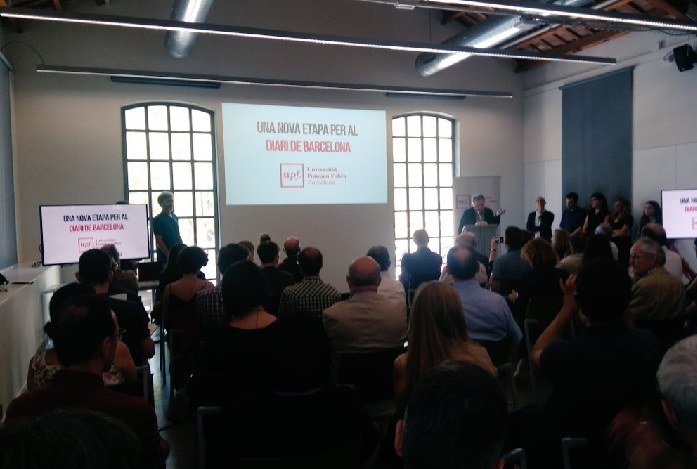 UPF will be one of the first European universities to have a daily medium produced by its students. The project will run as of next academic year on the initiative of the bachelor’s degree in Journalism and will be carried out jointly with the bachelor’s degrees in Audiovisual Communication and Advertising and Public Relations, as well as other bachelor’s and master’s degrees at the University.

The new medium will recover the historical newspaper “Diari de Barcelona”, following an agreement between Barcelona City Council and UPF. The medium, which will be issued daily in digital format starting in the spring of 2020, aims to become an information benchmark for all citizens, but it will pay special attention to reaching a generation of young people aged between 16 and 30.

The medium, which will be issued daily in digital format starting in the spring of 2020, aims to become an information benchmark for all citizens, but it will pay special attention to reaching a generation of young people aged between 16 and 30. 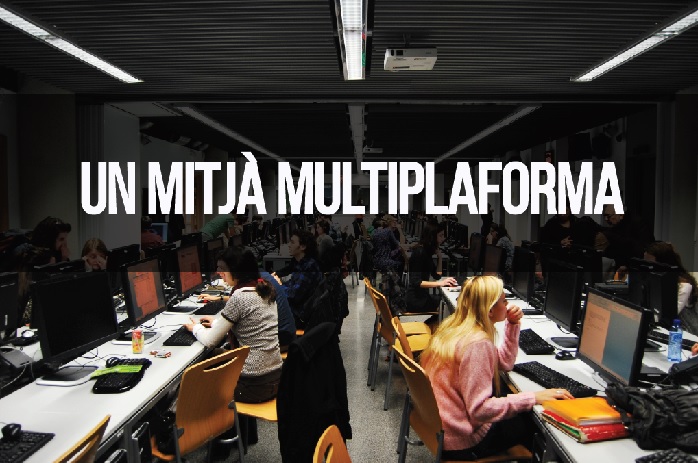 The project was presented today in the Nau hall on the Poblenou campus. The event was attended by Jaume Casals, UPF rector. It also involved Jordi Balló, dean of the Faculty of Communication: “At UPF, students’ creative projects are supported and this enhances their voice”. “We propose innovative initiatives like the “Diari de Barcelona” project as a way of contributing to changing the environment, changing the state of things”, he added.

Those responsible for the Faculty’s different bachelor’s degrees also participated in the presentation. Carles Pont, head of the bachelor’s degree in Journalism, said: “this project has arisen as an initiative of Journalism studies but it encompasses the whole of UPF, its different bachelor’s and master’s degrees”. And he stressed that “it will be a medium for young people, it will deal with everything, but without becoming obsessed with current affairs”.

Mercè Oliva, who is in charge of the bachelor’s degree in Audiovisual Communication, said that “it is an opportunity to experiment with new audiovisual formats and new styles of narration. We aim to surprise: giving voice to new generations means radically rethinking how to build the world”.

Finally, Mònika Jiménez, head of the bachelor’s degree in Advertising and Public Relations, explained that her mission will be to “work on the strategy and brand management of the “Diari de Barcelona”. Our aim is to give voice to silenced social organizations and communities”.

Students of the bachelor’s degree in Journalism, via the subject Integrated Journalism Workshop, will be the main content providers for the “Diari de Barcelona”. Students of other studies will also be participating, especially of Audiovisual Communication and Advertising and Public Relations. The teachers of the subject, as well as those responsible for the medium, will oversee the proper edition of contents. According to the newspaper coordinating bodies, the students will create and edit content in different multi-channel formats in the new Brusi. All this in order to give creative voice to a young generation, in line with what is being done in other areas of communication at UPF.

The “Diari de Barcelona” will be produced in UPF’s Integrated Newsroom and become a digital platform that will contain various types of communication media: digital newspaper, with texts and photos; videographic and sound documents for some of the information; radio in podcast form, live broadcasting via streaming, TV via IP, and new digital journalistic formats. 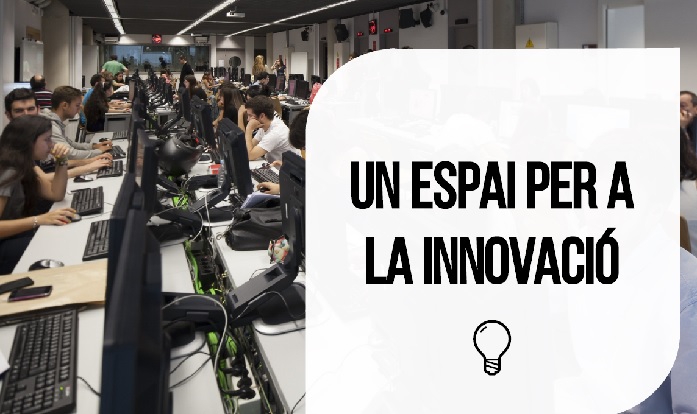 From September 2019, through their end-of-degree projects, a large group of students will be given the task of conceptualizing the digital journal, along with teachers and those responsible for the coordination of the medium. Irene Riart i Milà, a 4th year student on the bachelor’s degree in Journalism, assured that “as students, we are ready to contribute all our ideas. But for sure we will also learn a lot while working in editorial design and the implementation of the project. We expect it to be a very positive experience”.

It aims to become a communication medium with a view to the local sphere, specifically treating information concerning Barcelona and Catalonia, but also paying attention to news from throughout Spain, Europe and the rest of the world. Current affairs will be an important element, but priority will be given to looking at information in depth and, above all, its thematic line, which will target young people.

The “Diari de Barcelona” will also have a laboratory of new forms of journalism and it aims to become a communication medium that allows innovating and trying out new information and creative narratives, also in audiovisual formats and broadcasting events of social interest.

The relaunch of “Diari de Barcelona” strengthens the link that UPF has had for many years with the newspaper through the “Diari de Barcelona” Workshop on History of Journalism. This academic experience has allowed each year discussing issues related to the history of the Catalan, Spanish and international press. Likewise, we must also highlight that UPF houses one of the most comprehensive collections of the historical newspaper in its Library.