Toni Luna, vice-rector for Internationalization at UPF and professor of the Department of Humanities 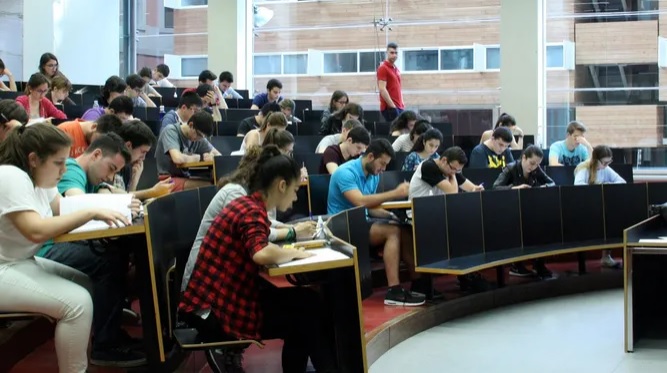 Article published on El Periódico, May 7 2022

In turbulent times on the European continent, European universities have organized themselves to help and give shelter to students and researchers coming from the war zone. In the face of the atrocities of war and intransigence, European university centres have been and continue to be a space open to debate and tolerance.

Indeed, the concept of university as we understand it nowadays is one of the great European inventions, based on the principles of universality, collegiality, independence and a scientific nature. Ever since the first such institutions in the Middle Ages and until today, the university has evolved in parallel to the political and social evolution of Europe.

The building of the European Union has also been accompanied by initiatives that have marked the future of the continent’s universities. A year after Spain and Portugal joined what was then the European Economic Community, the European Commission created the Erasmus programme to facilitate student mobility throughout the continent. It is undoubtedly one of the most successful programmes and to have contributed most to building a sentiment of European citizenship. The Erasmus programme arose at about the same time as the end of the cold war and the fall of the Berlin Wall and the Soviet Union and the passing of the Treaty of Maastricht, leading to the creation of the European Union. Thanks to this programme, universities had to create professional international relations services, requiring a new profile of technical staff to manage inter-university relations. Professionalizing these tasks gave rise to the creation in 1989 of the European Association for International Education (EAIE) which holds a conference each year and is to be held this year in Barcelona, in September. Today, students across Europe often decide where to study based on the Erasmus mobility opportunities offered by their university.

In a second stage, in 1999 the European Commission gave another boost to the integration of its education system through the Bologna Plan. This plan also came at a key moment in the construction of Europe in the form of the monetary union and the birth of the Euro, and also the major eastward expansion of the European Union. The Bologna Treaty harmonized the European university system with a common system of bachelor’s, master’s and doctoral degrees that would enable student mobility from one university system to another as well as continent-wide recognition of the qualifications awarded. For Spain, the Bologna process meant the creation of official master’s degrees that had hitherto not existed and also the first  master’s degrees shared with other European universities.

Despite all of these initiatives, student mobility from one university to another to pursue their studies is still somewhat limited. In an increasingly integrated Europe, there is a need for a more flexible university that allows students to move more freely according to their needs and interests. In this regard, in 2017 the European Commission launched the European Universities initiative to create alliances between existing universities. After nearly five years, 41 alliances have been forged in two separate stages. The ones selected in the first call have just submitted the proposal for the second stage of integration of the alliance. In Catalonia, five of the public universities belong to such an alliance: UB-CharmEU; UPC-Unité; UPF-Eutopia; UAB-Eciu; and URV-Stem. These alliances are organizing both face-to-face and online shared degrees and activities on their different campuses.

Integration but with respect for diversity. The EUTOPIA alliance, of which UPF is a member, is made up of ten universities from ten different countries, where classes are taught in twelve different languages. In the very near future, a EUTOPIA student will be able to consider pursuing their undergraduate or master’s degree studies at different universities in different countries and in different languages, with the possibility of acquiring work experience through internships in different countries. In this way these alliances bring the old aspiration of a European identity based on values of cooperation and respect a little closer. This is an initiative that is shaking the university world not only in Europe but internationally and which somehow promotes the values of cooperation between university institutions in contrast to the competitiveness that has been marking the international agenda in recent years, with so much concern for the rankings and for certain scores for scientific productivity, and not so much for the service to the community, whether local or global, that university institutions exercise. It should also be noted that it is an initiative to reform the university system that arises mostly from the public sector and, in turn affects it, in a continent where university training continues to be understood as a service and not as a business.

At this times of political upheaval, in the wake of Brexit, the pandemic, and with the current war in Ukraine, Europe is once again committing itself to its universities, to dialogue and to universality. In the coming days, Barcelona will become the epicentre for higher education with the UNESCO World Higher Education Conference, held once every ten years and, for the first time, in the Catalan capital. In addition, several related events will take place during the week, as is the case of the congress on the role of the Alliances of European Universities, which will be held at UPF.