Mosquito Alert, a key part of a project recognized by the European Commission to warn of mosquito-borne diseases

Mosquito Alert, a key part of a project recognized by the European Commission to warn of mosquito-borne diseases

The citizen science platform, with the involvement of UPF, is part of the FARSEER project, promoted by an international consortium led by CEAB-CSIC, which has come among the three finalists for the EIC Horizon Prize on Early Warning for Epidemics. FARSEER is a system capable of providing effective, real-time information so that public health technicians can prepare an appropriate response to the risk of an epidemiological outbreak of mosquito-borne diseases. The prize, endowed with five million euros, was won by the EuroGeo Action Group’s project EarlY WArning System for Mosquito-borne Diseases (EYWA).. 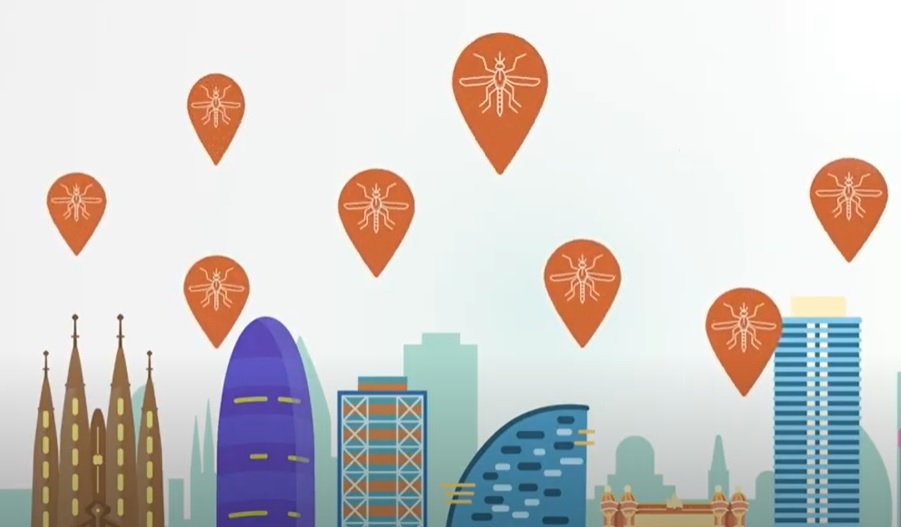 The FARSEER project, an early warning system capable of providing effective, real-time information so that public health technicians can prepare an appropriate response to the risk of an epidemiological outbreak of mosquito-borne diseases such as dengue, Zika or West Nile fever, is among the three finalists of theEIC Horizon Prize on Early Warning for Epidemics, convened by the European Innovation Council (EIC).

Frederic Bartumeus: “We are delighted that our innovations in the surveillance and control of disease vectors have been recognized as some of the best in Europe"

FARSEER, promoted by a consortium involving UPF, has competed in a call for the early detection of epidemics: the challenge posed has been to develop a prototype of a scalable, reliable and cost-effective warning system to predict and monitor vector-borne diseases in order to contribute to the prevention of outbreaks, mitigate their impact at the local, regional and global levels and support eradication efforts.

These awards come under the European Commission's Horizon Europe Programme, the United Nations Sustainable Development Goals and the global challenges of the World Health Organization, and with the cross-cutting priorities of open innovation and innovative solutions to several global challenges.

An international consortium led by the CSIC

The FARSEER project is promoted by a consortium of entities coordinated by the CSIC, specifically by the Centre for Advanced Studies of Blanes (CEAB-CSIC), with the participation of Pompeu Fabra University, the Benaki Institute of Phytopathology (Greece), the Catalan SME Irideon, the Belgian SME Avia-GIS and the Environmental Research Group Oxford (ERGO).

Frederic Bartumeus, ICREA research professor at the Centre for Advanced Studies in Blanes (CEAB-CSIC) and leader of the consortium, said “we are delighted that our innovations in the surveillance and control of disease vectors have been recognized among the best in Europe. We use citizen science, smart traps, and advanced models to track mosquito populations on unprecedented geographic and temporal scales, providing a next-generation early warning system for vector-borne diseases”. The researcher says that despite not having won the award, every effort will be made to take the initiative forward.

The innovative solution proposed by FARSEER makes use of the citizen science model that characterizes Mosquito Alert, a growing platform coordinated by the CREAF, UPF, ICREA and the CEAB-CSIC and is involved in various research projects: it places people as a fundamental part of the surveillance system and uses new technologies to monitor the  invasive mosquito populations in real time over a large area.

According to John Palmer, a researcher at the UPF Department of Political and Social Sciences and co-director of the platform, “Mosquito Alert is the core of the FARSEER early warning system: it connects ordinary people around the world with entomologists and public health authorities, so they can share information about the mosquitoes that bite them and learn how to help prevent the spread of the diseases they transmit”.

In this way, FARSEER, which facilitates real-time monitoring of disease-transmitting mosquito populations, is a major innovation that, combined with climatic, environmental and demographic variables, allows developing daily models of the risk of encountering mosquitoes and possible disease transmission. This is a decision support system for public health experts responsible for mosquito management that has proved effective at municipal level in Barcelona, as well as its scalability at national and European level. 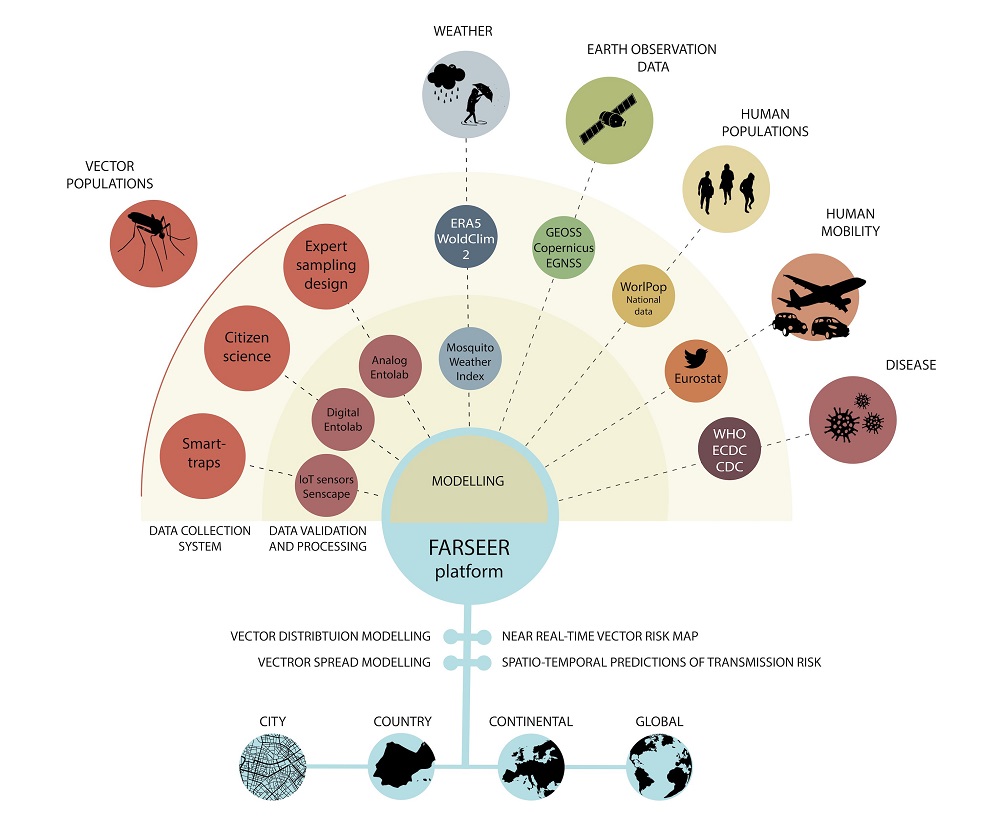 The project that has won the EIC Horizon Prize on Early Warning for Epidemics is EarlY WArning System for Mosquito-borne Diseases (EYWA), a prototype system that addresses the critical public health need for prevention and protection against mosquito-borne diseases. It is under the umbrella of the EuroGEO Action Group "Earth Observation for Epidemics of Vector-borne Diseases”, which is led by the National Observatory of Athens/BEYOND Centre of Earth Observation Research and Satellite Remote Sensing.

EYWA's technological innovation lies in the efficient handling of multiple data sources, such as entomological, epidemiological data, Earth observation and geospatial data, along with dynamic models, to generate knowledge about mosquito abundance and the transmission of pathogens.

The third finalist was Dengue forecasting MOdel Satellite-based System (D-MOSS), a project promoted by the non-profit organization HR Wallinfgord, with the aim of improving the lives of people at risk of dengue through space technology and preventing outbreaks in advance.